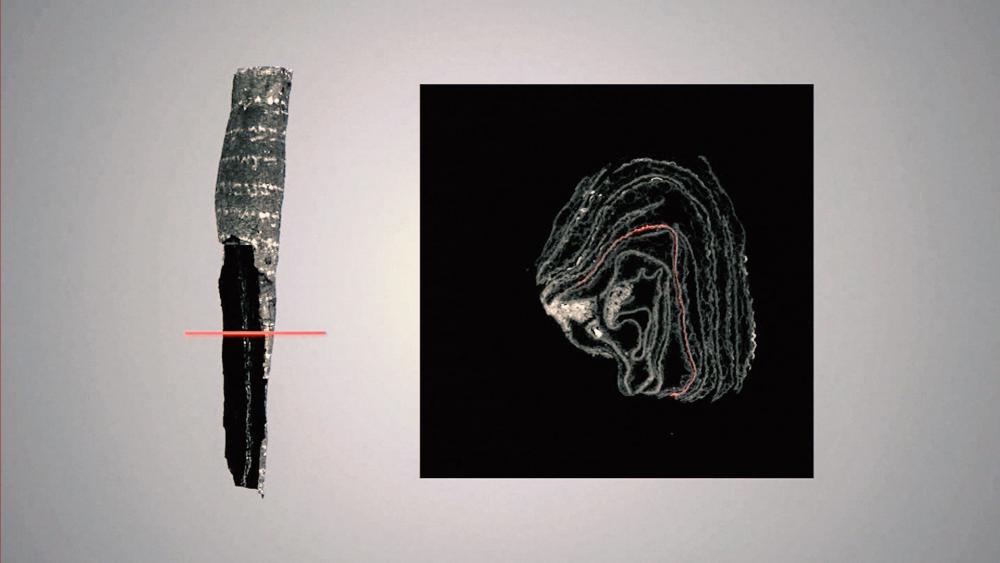 JERUSALEM, Israel -- A 2,000-year-old scroll was sitting in an Israeli archaeologist's storeroom for decades that was too brittle to open, now new technology is revealing what is written inside, showing actual scripture from the book of Leviticus.

Researchers announced the discovery this week in Kentucky and Jerusalem.

They released details of their discovery in a Science Advances journal and explain the technology that allowed them a closer look at the scroll they'd not been able to open before.

Scholars say that the passages from Leviticus offer the first physical evidence that the version of the Hebrew Bible used today goes back 2000 years.

The biblical scroll was first discovered by archaeologists in 1970 at Ein Gedi, the site of an ancient Jewish community near the Dead Sea. Archaeologists found scroll fragments inside the ancient synagogue's ark.

The synagogue was destroyed in a fire that charred the scrolls and the dry climate of the area kept them preserved, but when archaeologists touched them, the scrolls would begin to disintegrate.

The scrolls were shelved for nearly half a century, and no one knew what was written inside.

Last year, Yosef Porath, the archaeologist who excavated at Ein Gedi in 1970, walked into the Israel Antiquities Authority's Dead Sea Scrolls preservation lab in Jerusalem with boxes of the charcoal chunks. The lab has been creating hi-resolution images of the Dead Sea Scrolls, the earliest copies of biblical texts found, so he asked researchers to scan the burned scrolls.

The images were then sent to a researcher in the computer science department of the University of Kentucky. Only one of the scrolls could be deciphered.

Researchers said this was the first time they have been able to read the text of an ancient scroll without having to physically open it.

The text discovered in the scroll is "100 percent identical" to the version of the Book of Leviticus that has been used for centuries, said Dead Sea Scroll scholar Emmanuel Tov from the Hebrew University of Jerusalem.