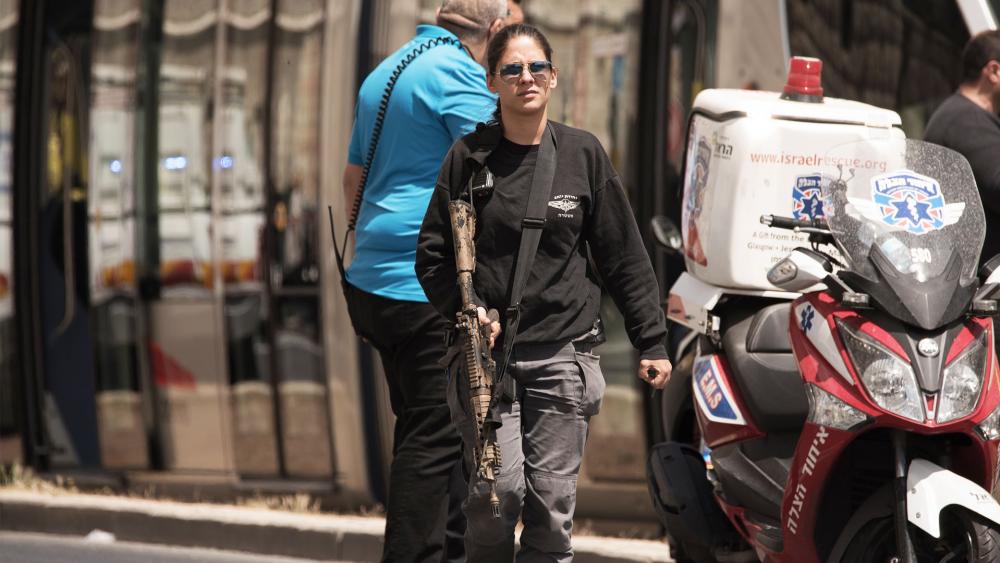 The attack took place near the Old City's Jaffa Gate. The area was packed with Christians celebrating Good Friday and Jews celebrating Passover.

The woman was later identified as Hannah Bladon, 21, an exchange student from the University of Birmingham spending a semester at Hebrew University. She died of multiple stab wounds to her upper body at Hadassah Hospital Mount Scopus.

"Radical Islamic terrorism is striking capitals around the world. This time is struck Jerusalem. In the name of the entire people of Israel, I send my condolences to the victim's family," he said.

The attacker, 57-year-old Jamil Tamimi from the east Jerusalem neighborhood of Ras al-Amud, was arrested on scene. The Shin Bet (Israel Security Agency) said he had been convicted of sexually abusing his daughter in 2011.

"I am filled with sadness as I received the terrible news of the murder of a young girl in the terror attack in Jerusalem," Israeli President Reuven Rivlin said in a statement. "Our thoughts and prayers are with the family of the victim, and we wish all the injured a swift and full recovery."

Two other moderately injured passengers, a pregnant woman and a middle-aged man, were admitted to a Jerusalem hospital.

Israel Police have been on high alert during the Passover and Easter holidays.