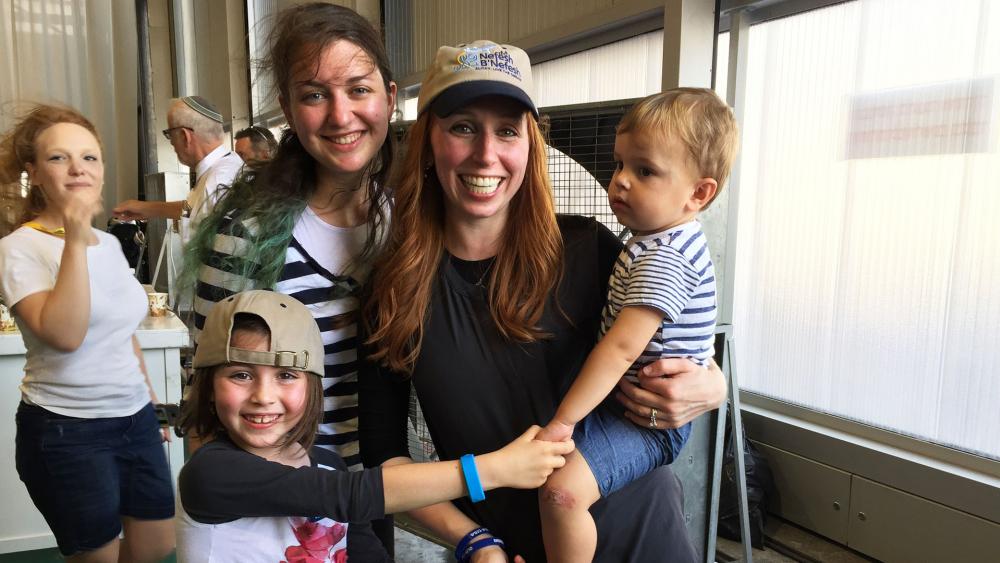 TEL AVIV, Israel – Despite troubles in the Middle East, immigration to Israel continues as Jewish people from around the world are making aliyah, which is the term Israelis use for this return to the Holy Land.

This week, joy and excitement filled the air at Tel Aviv's Ben Gurion International Airport, when 233 Americans and Canadians, young and old landed in Israel. "This is the only place I want my kids growing up. Land of the Jewish people, land of our ancestors," said Shmuel Modes from Richmond, Virginia. He arrived with his wife, Tzipora, and children Tamima, two-and-a-half, and Eliahu, eight months.

"For thousands of years Jews have been wanting to come here and they weren't able and now we have this opportunity and it's amazing. And I wouldn't just say 'thanks God, but no thanks,'" Tzipora told CBN News. "I just want to take the opportunity that I'm given and live the dream and make the most of it." "I couldn't be happier," Pinhas said.

"I'm very, very excited, and a little nervous, a little apprehensive," said Toby. "We have left five children and five grandchildren behind. That's a tough one. But we've been looking forward to this for a very, very long time." "I'm celebrating my daughter Talia realizing her dream of being part of the State of Israel," Friedman told CBN News. "My beautiful daughter made aliyah today. We love her very much. She's realizing a dream and we just couldn't be happier."

"I am so happy to be here, so grateful for everyone here, Nefesh B'Nefesh, my amazing parents, all my friends, all my family," Talia said. "It's amazing."

Sixty of the new arrivals are joining the Israel Defense Forces. IDF soldiers were on hand to welcome them. "I was actually born in Israel and moved to California and my older sister did it – made aliyah – four years ago," said 18-year-old Ron Cohen. "It was something that I felt was in me. I always wanted to come back here.  So, I just felt like it was time."

"Because I really wanted to be part of my nation and my country and like help build the future here and have a say in what it looks like," said Tzipora Gluck, 19, from Brooklyn.

On the other end of the spectrum is the Levine family – David, Melissa, Nate, 12, and Joan, 8.  About 70 friends and relatives all dressed in the same blue T-shirt greeting them at the airport.

"We had a lot of people meet us. We're very lucky we have a lot of friends and family in Israel," said Melissa.

"I think it's good. I'm going to miss a ton of people in America but otherwise I think it's a very good opportunity for our family," said Nate.

Nefesh B'Nefesh chartered the flight, adding to the more than 50,000 North American and British immigrants they've helped bring to Israel since 2002. "This is the 57th Aliyah flight. I've been here for 10 years and every time it's so emotional. It's just amazing," said Nefesh B'Nefesh Executive Vice President Zev Gershinsky.

Gershinsky said his organization helps the new immigrants deal with the bureaucracy and any other potential issues.

"Many, many Jews in North America want to immigrate to Israel and to make Aliyah, but there are different hurdles along the way and what we do is we try to remove those hurdles and those barriers and help streamline everything so they can fulfill their dreams," Gershinsky told CBN News.

It will be a big adjustment for most of the newcomers. But they're fulfilling prophecy about the Jewish people returning to Israel, as well as pursuing their dreams and the hope of generations. 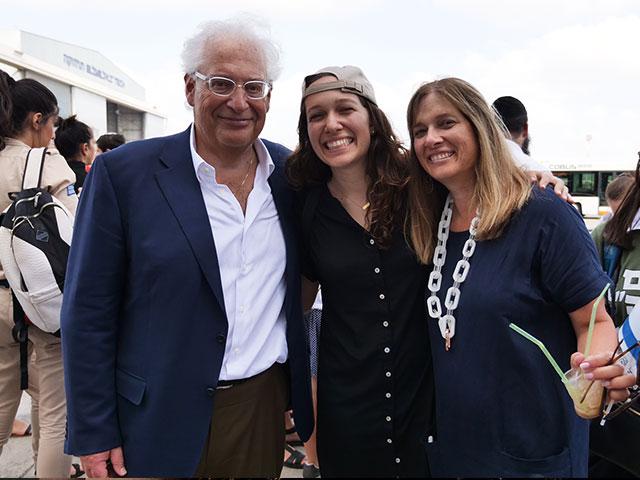