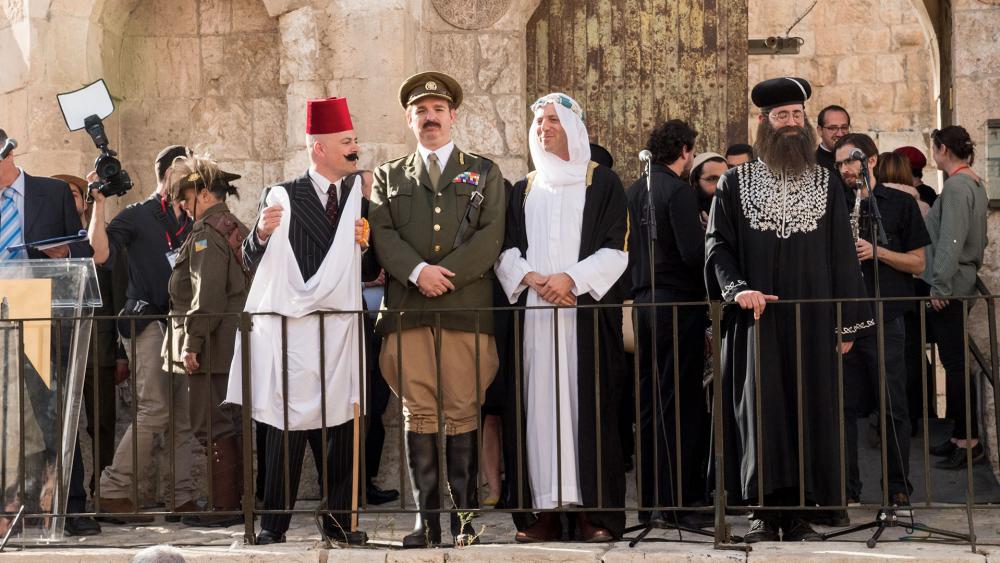 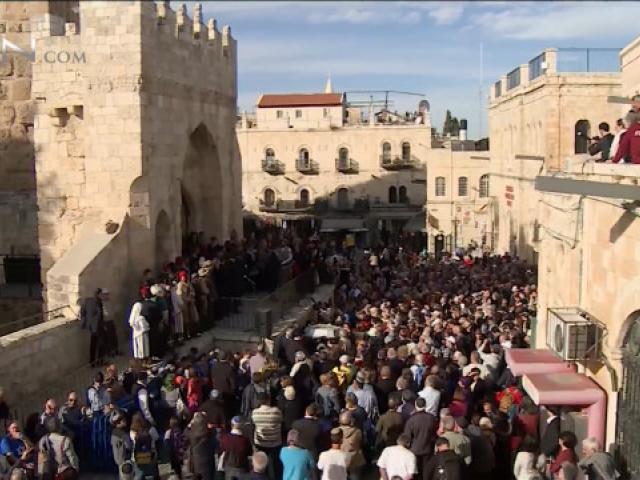 JERUSALEM, Israel – A Hanukkah miracle and a Christmas present. That’s what Jews and Christians called the 1917 British conquest of Jerusalem.

Just a week after President Trump recognized Jerusalem as the capital of Israel, thousands of Israelis and others gathered at the Jaffa Gate of Jerusalem’s Old City and outside the nearby Tower of David Museum to mark the 100th anniversary of that historic day.

“Two weeks before Christmas and on the first day of Hanukkah the British Imperial Army entered Jerusalem under the command of General Edmund Allenby. A new chapter was beginning in the history of Jerusalem,” Israeli linguist and TV show host Avshalom Kor told the crowd.

The British conquest of Jerusalem was a turning point for the British forces and marked the end of 400 years of Ottoman Turkish rule.  It was also the first time in 700 years that Christians ruled the city.

The celebration on December 11, 2017 included a re-enactment of General Allenby’s famous entrance into the city on foot and a reading of his proclamation in multiple languages from the steps of what is now the Tower of David Museum.

Henry Allenby, who inherited General Allenby’s title of fourth Viscount of Megiddo, read Allenby’s proclamation in English on the steps where the general read it 100 years earlier to the day.

“Every sacred building, monument, holy spot, shrine, traditional site, endowment, customary place of prayer of whatsoever form of these three religions [Judaism, Christianity, Islam] will be maintained and protected according to the existing customs and beliefs to those whose faiths they are sacred,” Allenby read.

“General Allenby, he was a great military man who conquered the land of Israel but in addition to his military strength, he was also a distinguished thinker and understood our city, Jerusalem, and its role in the world,” Barkat told the crowd.

The anniversary celebration also welcomed a new exhibit at the Tower of David Museum, which includes the white flag of surrender and the keys to the city of Jerusalem handed over to the British.

“Today is 100 years since the entrance of General Allenby to Jaffa Gate on foot changing the world, changing Jerusalem,” said Eilat Lieber, director of the Tower of David.

“It was a moment of hope for the people of Jerusalem who suffered so much from the war, from hunger. They waited for the change,” Lieber told CBN News.

Allenby, who was visiting Jerusalem for the first time, said he had been “massively welcomed” to the city. “It’s just been a whirlwind of a mind-blowing experience.”

The great grandson of Maj-Gen. John Shea, who accepted the surrender of the Turks in 1917, also joined the celebration.

“We’ve always known about the story of Jimmy of Jerusalem, as my great grandfather was known by his troops,” John Benson told CBN News.  “But to be here on the 100th anniversary of the surrender and Allenby’s entry into Jerusalem is very proud making and also very humbling.”

An important aspect of the victory was Allenby’s faith.

“General Allenby was a devout believer in Yeshua and he knew his scriptures extremely well, including the prophecies of Jerusalem and when the Lord gave him the prophecy of Isaiah 31:5,” said Ken Thomson from Canada, whose grandfather helped conquer the city under Allenby.

The scripture in Isaiah 31:5 says, “Like birds flying about, so will the Lord of Hosts defend Jerusalem. Defending, He will also deliver it; passing over, He will preserve it.”

“And he was given the idea of using airplanes flying over and dropping leaflets that said leave the city now,” Thomson told CBN News.  “And that’s why he was able to take it out without destruction as the prophecy said.  Without firing one gunshot, he walked into the city.”

Thomson said he was touched by the fact that Allenby was a believer and knew the scriptures. “And my grandfather got to be there, was there with that, was part of history.”

At the end of the ceremony on Monday, the actor playing General Allenby said it was time to return something he had received at the surrender of the city 100 years earlier.

“A hundred years ago, I stood here and I received the key to this wonderful city and I think that a hundred years later it’s about time that I return it,”  ‘General Allenby’ said.

“So, it’s a little bit rusty but keep it, watch it, it’s the only copy so you can lock [the city] in the evening time. Thank you so much Mr. Mayor,” he said. 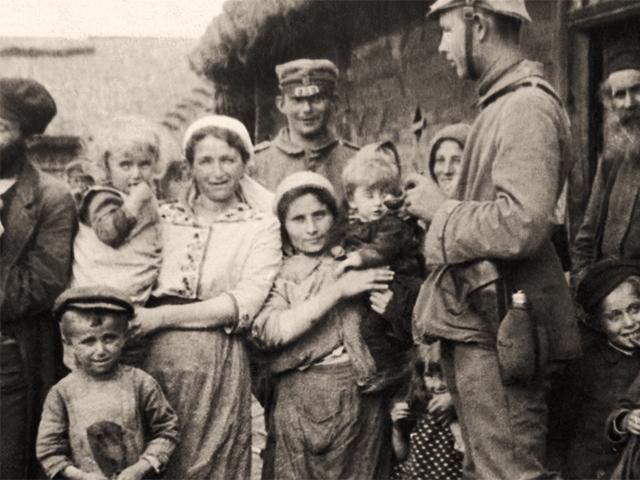 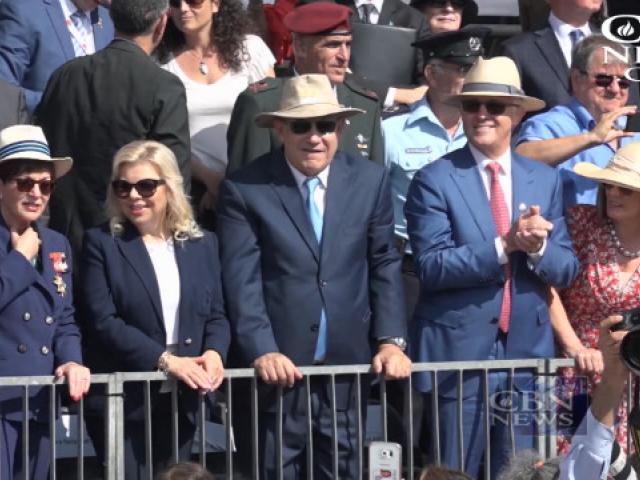