Turkey Says It Will Put Embassy in ‘Jerusalem, Palestine’ 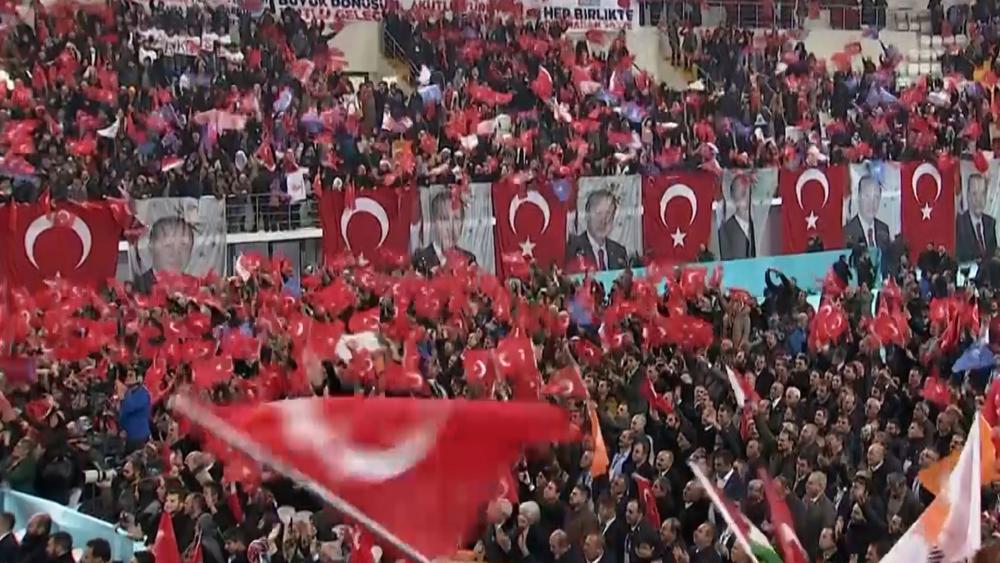 Turkish President Recep Tayyip Erdogan announced Sunday that Turkey hoped to open an Embassy in eastern Jerusalem as the capital of Palestine soon, as a continuing reaction to President Trump’s recognition of Jerusalem as Israel’s capital.

Erdogan’s statement comes on the heels of the recent Istanbul meeting of the Organization of Islamic Cooperation (O.I.C.) whose members raged against Trump’s declaration.  In response O.I.C. members declared the eastern section of Jerusalem as the capital of what they call “the occupied Palestinian State.”

Absent from the O.I.C. meeting were U.S. allies Egypt, Saudi Arabia and the U.A.E. who signaled that not even the Palestinian issue, a greatly unifying factor in the Arab world in the past, can cause them to stand next to Iran.

Beyond the complete no show of the three U.S. allies the overall attendance of the meeting was sparse at best lacking appearances from many African and central Asian nations.

According to Ammar Ali-Qureshi, a predominant social media activist, the “low key attendance” by some states was telling, possibly signaling the shifting of alliances between Islamic states in the region regardless of Trump’s actions concerning Jerusalem, the Jerusalem Post reported.

While Trump’s declaration was welcomed by Israeli officials and Jewish citizens, Palestinian leaders called for days of rage, urging Palestinians to riot.  Arab Israelis also joined in the protests.

Due to these tensions, Israeli-Turkish relations are in jeopardy.  The most recent threat from the Turkish President was the total freeze of diplomatic relations between the two countries.

Erdogan also warned the U.S. and Israel. “Please stop where you are and don’t attempt any Zionist operation,” he said. “If you try, then the price is going to be high.”

Despite these threats, Israeli Prime Minister Benjamin Netanyahu remains unmoved. He said that he is “unimpressed” by Erdogan’s statements.

In response to Trump’s statements, UN Security Council (UNSC) members are drafting a resolution that would nullify the legal effect of any decisions on the final status of Jerusalem and call for their cancelation.

The U.S. is expected to veto this draft resolution as they usually do on behalf of Israel.  The U.S. has veto rights as one of the UNSC’s five permanent states.