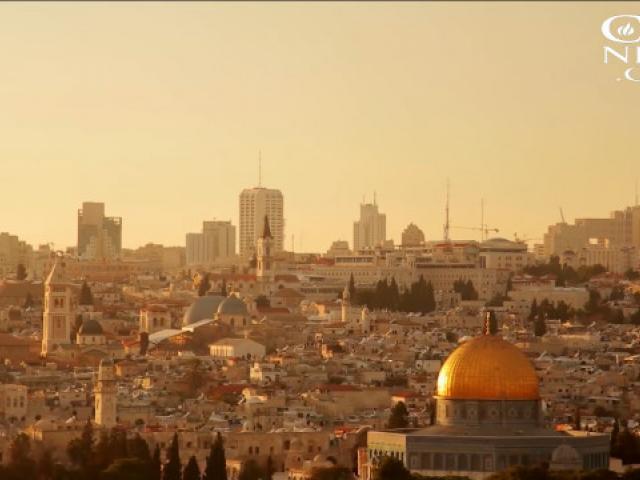 President Trump rocked the world Wednesday by publicly recognizing Jerusalem as the capital of Israel. He also ordered the U.S embassy be moved from Tel Aviv to Jerusalem — something that three U.S. presidents failed to do.

Many are applauding this bold decision and some even call it prophetic.

"This is an extraordinary event. Right from the beginning of the Old Testament it's very clear that Jerusalem would play a part in the history of Israel and the history of Christianity of course by extension," Dr. Corné Bekker told CBN News. The scriptures said that Jerusalem would be the place where the horn of David would be exalted —  the government of David would be exalted."

CBN News prayer leader Jay Comisky believes this is just one of many reasons for rejoicing.

"We've seen Israel restored, next year is their 70th year as a nation, and this year has been the 50th anniversary of Jerusalem being under their jurisdiction. I just think there are many, many manifold reasons why we ought to be rejoicing and thank President Trump for having so much courage to do this."

While Jews and Christians everywhere see this day as an answer to prayer, the Arab world condemns the move and the Palestinians have promised three days of rage.

It's for this reason that Comisky believes now is the time to pray for Jerusalem even more.

"No matter what's going on we can pray for peace upon the Palestinians, upon the Jews. Let's just ask the Lord to help quench by the rain of heaven any fires that might be started by man," he said, also quoting scripture. "Psalm 122 says pray for the peace of Jerusalem. May all who love this city prosper. Oh Jerusalem, may there be peace within your walls and prosperity in your palaces. For the sake of my family and friends I will say, 'May you have peace.' For the sake of the house of the Lord our God I will seek what is best for you, Oh Jerusalem."

Comisky and Bekker encourage Christens to pray for Israel in the following ways:

1. Pray for the peace of Jerusalem

4. Pray that God would pour out his Spirit as promised in the book of Acts

5. Pray that body of Christ would not stop praying for Jerusalem