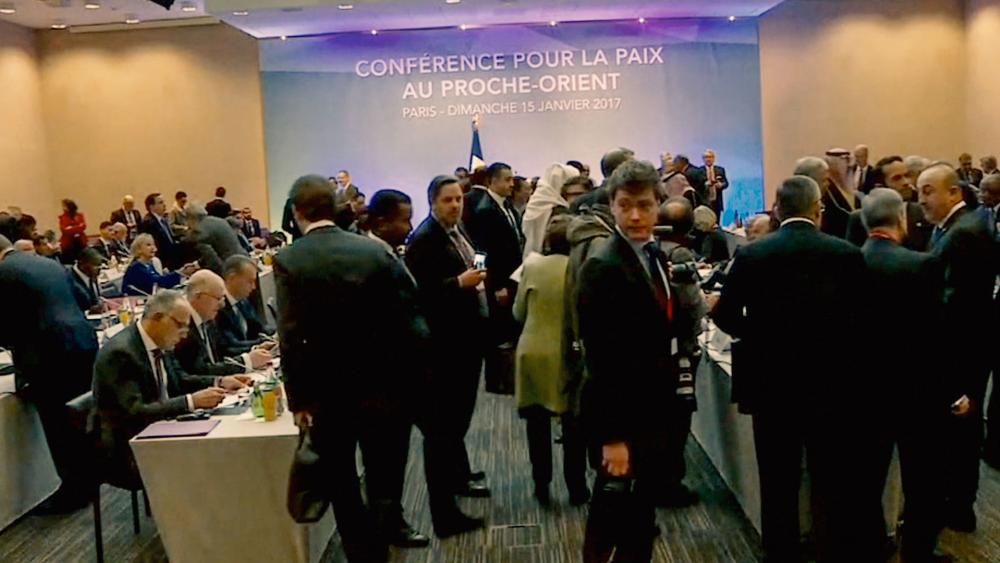 The Paris Peace Summit on the Middle East ended Sunday with more of a fizzle than a bang and it seemed to be more about incoming President-Elect Donald Trump than the Middle East.

Some 70 countries sent representatives to the Paris, including more than 30 foreign ministers.  But the final resolution said nothing new.

"Our first goal is to say, with strength, that a two-state solution is the only possible one. It is the only one that provides an answer to the legitimate aspirations and rights of both parties," said French Foreign Minister Jean-Marc Ayrault.

But Israeli Prime Minister Benjamin Netanyahu said the conference would only drive peace further away.

"Its purpose is to enforce on Israel conditions that are not in line with our national needs," Netanyahu said. "It, of course, creates a bigger gap regarding peace, because it hardens the Palestinian stance as well as puts us further away from direct negotiations without any preconditions."

Israel was concerned the summit would become a springboard for another anti-Israel resolution at the U.N.  The U.S. abstained on Resolution 2334 in December, allowing the anti-settlement resolution to pass just before Christmas.

But Secretary of State John Kerry called Netanyahu to assure him that wouldn't be the case for any further resolutions while the Obama Administration is in office.

"I think this could be a real pivot point as far as world diplomacy goes because the incoming Trump administration has signaled that they aren't prepared to do business as usual," Waage said in an interview in Jerusalem.

"And business as usual for the past 40 years essentially has been Israel needs to make painful sacrifices in order to bring peace with the Palestinians," Waage added.

Netanyahu hinted he was waiting for the same transition.

"I must say this conference is one of the last gasps for breath from yesterday's world. Tomorrow will look different and tomorrow is very near," the prime minister said.

Even the British seemed to defer to the incoming administration. British Prime Minister Theresa May sent a lower-level delegation to observe the conference rather than participate in it.

Now, Israel and the rest of the world are waiting for Friday and Trump's transition to power.