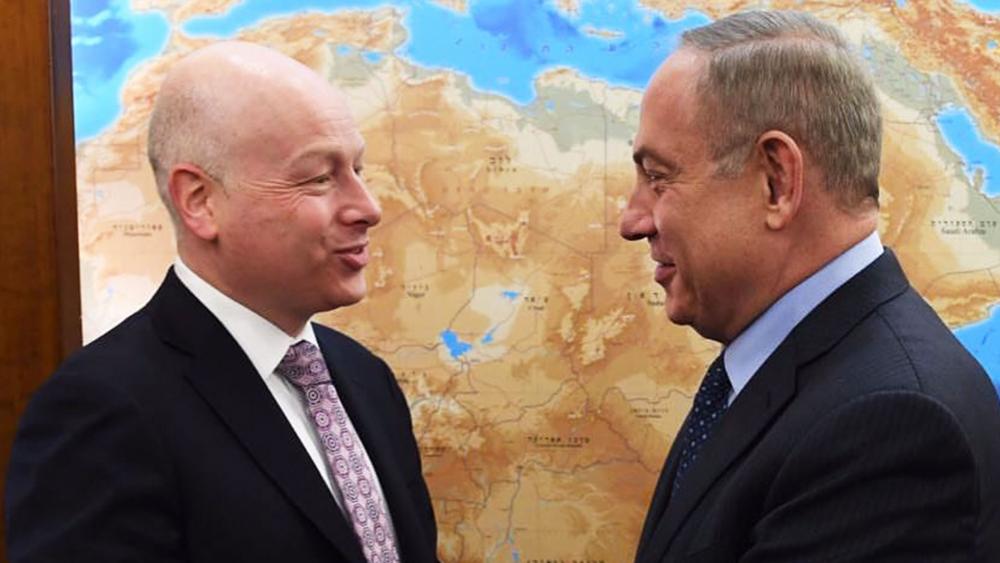 "They had an open, cordial and frank discussion on many topics related to peace negotiations," the Times of Israel quoted an unnamed White House official as saying. "The administration believes that in order to give everyone the best chance to reach an ultimate deal, it is critical to have negotiators that are close with the president, and that is why the team includes senior advisor Jared Kushner, Greenblatt and Friedman." Tuesday's meeting was supposed to take place at P.A. headquarters in Ramallah, but P.A. President Mahmoud Abbas refused to host Friedman because he supports Jewish communities in Judea and Samaria (the West Bank).

Trump has insisted that Friedman take part in the meetings, while Netanyahu denied reports by Arab media, quoted by the Israeli press, of agreeing to reduce construction in Judea and Samaria during talks with the Palestinian Authority. Meanwhile, both the Middle East Media Research Institute (MEMRI) and the Palestinian Media Watch (PMW) translated remarks by Abbas on continuing to pay monthly salaries to prisoners and their families.

The men are soldiers, not terrorists, fighting for their people, Abbas says.

"Even if I have to resign, I will not compromise on the martyrs' and prisoners' allowances. I am president of all the Palestinian people, including the prisoners, martyrs, wounded, deportees and forced migrants," Fatah Central Committee member Jama Muhaisen quoted Abbas in the Gaza-based daily Dunya al-Watan. The same statement, MEMRI reports, is featured on a banner on Fatah's Facebook page. "If I'm not able to kill soldiers, I'll try settlers, guards – in other words any Israeli target," he said during interrogation. "The important thing is that I will die and they will kill me so my children will receive a [P.A.] allowance and live happily."

On a positive note, the P.A. signed an agreement with Israel Tuesday to supply electricity to a new power station in Jenin to increase supplies to areas that have faced power shortages recently.

"This initiative constitutes important progress toward the US administration's goal of bolstering the Palestinian economy to enhance the prospects for a just, secure, and lasting peace," the U.S. Consulate in Jerusalem said in a statement.