NFL Hall of Famers Touch Down in Israel 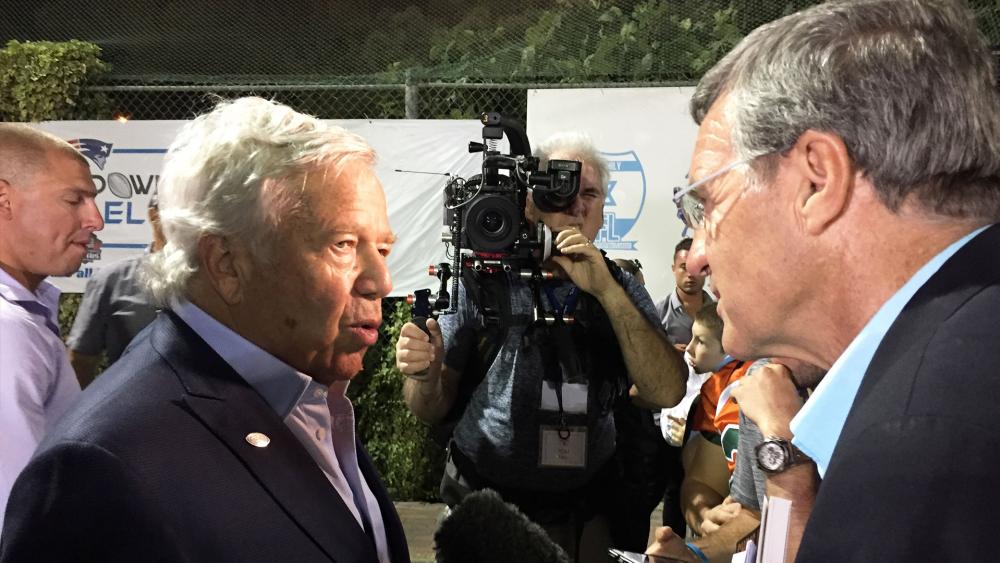 JERUSALEM, Israel – The National Football League is working to expand its reach. With American football games already being played in London and Mexico, could others be far behind? This week, it felt like football's hall of fame came to Israel. "My passion is the game of football, and I love it and I wanted to see it exposed here," Kraft told CBN News. "Our fourth quarter win in the Super Bowl is the history and the story of this great country – how it was founded and what it's done." "It's unbelievable. First of all, the common theme was [that] 16 of the 18 had never been here," Kraft said. "They're afraid to come here really and the fact that I was coming made it comfortable. And they say that the American media just doesn't portray it [Israel] properly … and they've fallen in love with the country I'd say to a man."

Jerome Bettis, nicknamed "the bus," played for the Pittsburgh Steelers. He told CBN News, "It's more of a community that's here and whether you're in Tel Aviv or you're in Jerusalem, it's the same love affair you have and that's something we need to bottle up and take back to the States because it's special to see." "To have the opportunity to come and to go to the Jordan River and to be able to experience somewhere in the vicinity of where Jesus stood and to have that experience is something that revolutionized my life," Mike Singletary, who played for the Chicago Bears, said.

You may not know it but American Football is the fifth largest non-Olympic sport in Israel and it's growing.

"We have 2,000 players around the country now," American Football in Israel President Steve Leibowitz said. "Our tackle team is rated 17th in the world; our flag team of women is 7th; our men are 8th. We've accomplished quite a bit on the field. We have a long way to go."

American football is also a passion for 14-year-old Eliana Pieprz and her father, Elie. "I play two-hand touch every Shabbat with, like, 10 other boys," said Eliana.

"It was so cool 'cause I got to meet one of the Hall of Famers, and it was really awesome because like he was really friendly and he asked me what position do I play, receiver, running back type of thing," he said. "It's very exciting to see some of the heroes that I had growing up who are coming to Israel and appreciating my heritage."

Before his run of five super bowls, Robert Kraft's late wife Myra told him he needed to support American Football in Israel.

"She said, 'you won't win Super Bowls until you start an Israeli football league in doing that,'" Kraft said. "And of course right after we started here two years later we won, we won our first. The Good Lord let us win this year as well." Kraft plans to build a $6 million stadium later this year in Jerusalem.