JERUSALEM, Israel – Israel lost one of its most beloved citizens, David Rubinger, who passed away Wednesday morning at his Jerusalem residence at the age of 92.

Born in 1924 in Vienna, Rubinger immigrated to pre-state Israel in 1939, just as the Nazi reign of terror was spreading across Europe.

His career as a photojournalist for TIME-LIFE magazine spanned nearly 50 years. He covered wars on the frontlines and at home photographed almost every Israeli prime minister, capturing them with their families and at work in the Knesset. He is the sole photographer to have his work on permanent display at the Knesset.

In a tribute to Rubinger Wednesday morning, Israeli President Reuven Rivlin said, "Through his photography, David eternalized history as it will be forever etched in our memories," especially his famous photo of the three at the Western Wall.

"His work will always be felt as it is seen in the eyes of the paratroopers as they looked upon the Western Wall, and in the expressions on the faces of the leaders of Israel, which he captured during the highest of highs and lowest of lows," Rivlin's statement read.

In a 2010 interview, Rubinger told CBN News how he'd taken that picture.

"In order to get any sort of perspective I had to shoot from the ground and I was lying down on the ground and shooting and these soldiers that walked by," he said. "I got three frames that were nearly identical."

In his biography, "Israel Through My Lens," Rubinger told co-biographer Ruth Corman how he viewed his lifetime.

"Frequently these days, when looking back over the years, I find myself asking how I could have been so lucky," he said. "I went through ten wars unscathed and survived countless other high-risk situations, and I have reached the peak of the photographic profession, with worldwide recognition for my work, being the oldest person on the masthead of TIME, one of the world's most prestigious magazines. I have had personal access to many of the world's leaders and other fascinating personalities, as well as the support of a wonderful family – my two children, five grandchildren, and two great-grandchildren.

"How can anyone be so fortunate? And after all this, what would I say to those who ask me the secret of a fulfilled life? Mine is really quite a simple philosophy – try to live every day as if it is your last, but plan your future as though there were endless tomorrows."

But Rubinger saw his share of tragedy, as Israel's Foreign Press Association wrote.

"There was enough tragedy in David Rubinger's life that you could have forgiven him any amount of bitterness or anger. From the murder of his mother by the Nazis to the murder of his beloved partner in her own home in Jerusalem's Greek Colony when David was 80.

"But you will not find a single person who can remember a truly bitter word from his lips, and the only anger he expressed was a righteous impatience for those who seemed to wish for more conflict where he saw the possibility of peace…."

David hardly left home without his beloved Leica. He will be laid to rest Friday morning at Beit Hahesped in Jerusalem's Givat Shaul neighborhood. 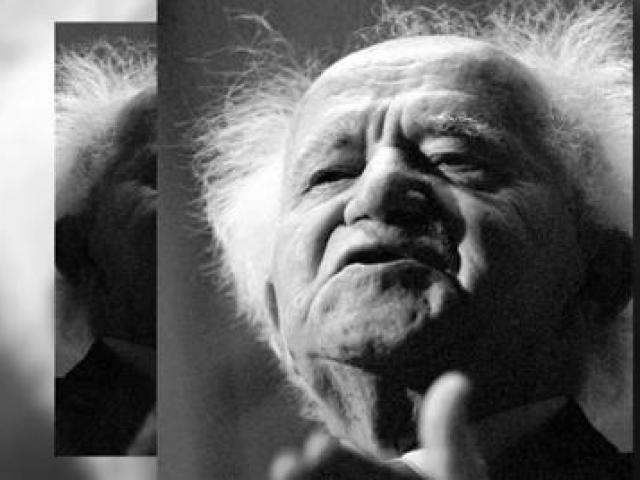