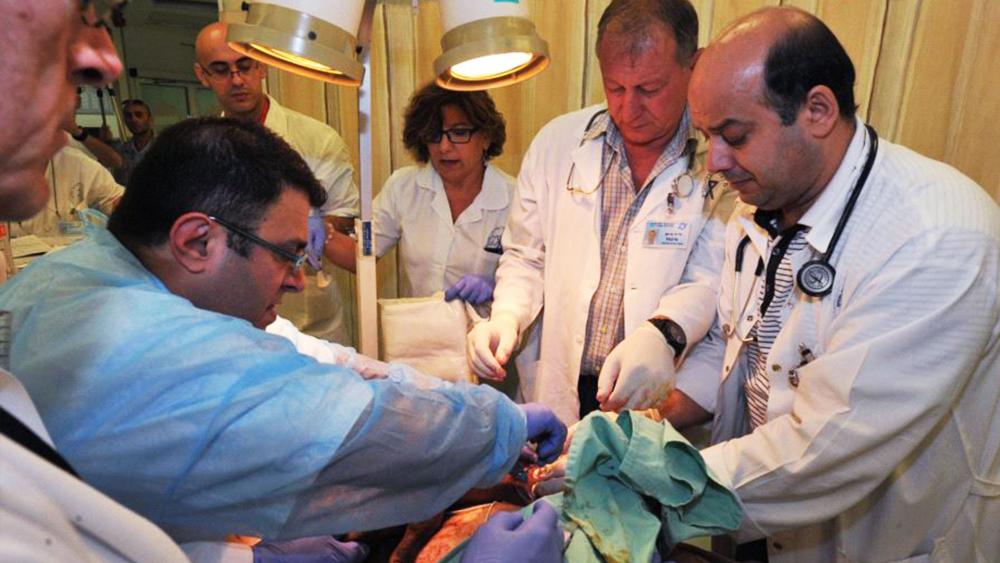 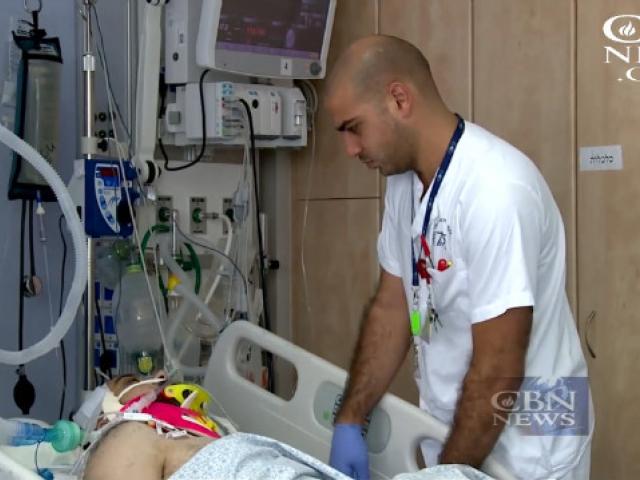 NAHARIYA, Israel – Thousands of Syrians have been killed and millions more are on the run. That's just part of the cost of the ongoing civil war. Yet in all the chaos and heartache, unexpected examples of compassion could be healing more than just physical wounds.

The Golan Heights are part of Israel's 54-mile border with Syria. For decades, it remained fairly quiet. Then, six years ago, Syria erupted into civil war. Now rebel forces and Syrian troops battle each other less than two miles away from Israel.

In the midst of that fighting we found a phenomenon: More than 3,000 wounded Syrian civilians have mysteriously crossed the border for medical treatment in Israel.

Dr. Eyal Sela is an ear, nose and throat specialist.

"What we get here in my department – ear, nose and throat – so most of them are facial injuries," Dr. Sela explained.

"Most of the injuries are mid-face, lower-face from gunshot wounds and those who survive are being evacuated to us and we operate. We do reconstructive surgery," he said.

At the Galilee Medical Center in the northern coastal city of Nahariya, the staff has treated more than 1,500 victims of the Syrian civil war over the past three years. At the very least, it's changing their impression of the Israeli medical system in Syria.

"Maybe three years ago they were afraid to be here but actually our reputation is walking before us in Syria and we get also patients that were asked to come to us," Sela said.

One Syrian farmer came to Israel after an explosion severely injured his hands.

"No, I'm not afraid because I asked some guys who were here about the treatment," he said.

A second patient said he was always treated kindly.

"[They treated me] humanly," he said. "They didn't discriminate [against] us as Syrians or enemies."

He said he first received treatment in Jordan and then Israel for bullet wounds. He's worried about possible repercussions from coming to Israel for help.

"We grew up as children knowing that Israel's an enemy," he said.

Sela says as doctors and care givers, they don't see the Syrians as enemies. They see them as patients.

"We treat people and they come in a severe state and you see it in their eyes," he said. "They look at us with their eyes and they look for help. They look for compassion."

Sela shares the hope that this medical help might eventually make an impact for peace.

"Once we treat them and you see the evolving of trust that they're opening to us and if we change one Syrian and the second and the third and they go back to Syria and they will educate their children that we are not so bad," he said.

Sadly, however, it doesn't appear these patients will even see peace within their own country anytime soon.