'For the Glory of the Almighty': Israel's Voice of Calm in the Six-Day War 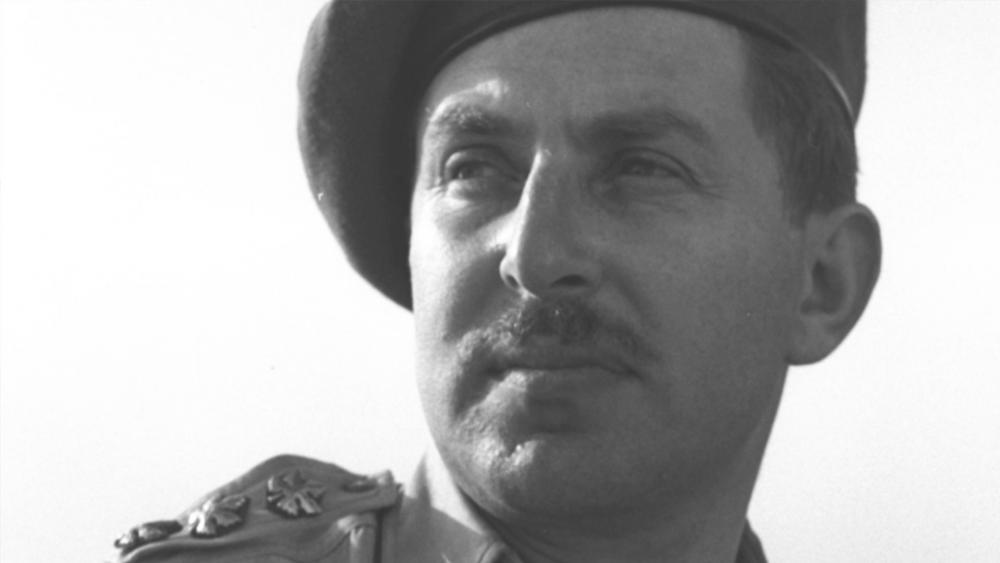 JERUSALEM, Israel – The spring of 1967 was a time of almost unbearable tension for Israel's leaders. Threats of invasion came from every direction, and western allies turned their backs on the Jewish state. Egypt shut down the Red Sea straits, while Syria shelled Galilee villages.

By the end of May, the die was cast. Israel would soon be at war on all borders. Prime Minister Levi Eshkol tried to reassure the nation, but he was ill and faltered during his address.

In the midst of Israel's darkest hour, a voice of calm emerged to describe a coming miracle. A general in the military, Chaim Herzog stepped in to fill the gap, providing Israelis with radio commentary in both Hebrew and English.

The Voice of Calm in the Middle East Storm As the threats and propaganda intensified from the surrounding Arab countries, particularly Egypt and Syria, Herzog was a study in both accuracy and eloquence in his broadcasts.

On the eve of the war, he told Israelis, "A new page has been opened in the history of our people's battles and the courage of Israel. And deep in the hearts of each and every one of them at this moment, when we think of those engaged with us in the struggle, there is, irrespective of whether we normally pray or not, a prayer that the Guardian of Israel shall neither slumber nor sleep."

During the Six-Day War, Chaim Herzog didn't just calm the nation. He became Israel's first military ruler in Judea and Samaria (aka the West Bank) in more than 2,000 years.  He was also a powerful presence as Israel's United Nations ambassador in the 1970s and as Israel's president from 1983-93. Herzog died in 1997, but his legacy lives on.

Two of his sons, Isaac and Michael, sat down with CBN News to talk about the impact their father had on the nation. Isaac Herzog is currently the chairman of Israel's leading opposition party, the Zionist Union. Michael Herzog is a retired Israeli major-general and is the author of several historical books, including one he co-authored with his father.

Isaac was only seven years old when the 1967 war broke out but he remembers the prevailing atmosphere of fear.

"What we know is that there was a period of waiting about three weeks before the war where the national mood was Auschwitz," Herzog said. "Israel's going to its second Holocaust; whoever leaves last should turn off the light and leave the country. That was the mood."

Michael was 15 at the start of the war. He agreed that most Israelis were concerned about national survival, including his own family. "I still remember ourselves, like many other people, digging a trench in our back yard because we expected that we would be shelled; and we were shelled. Tel Aviv was shelled by the Jordanians in the Six-Day War," he recalled.

Meanwhile, Chaim Herzog painted a picture of national unity during his broadcasts at the war's outbreak.

"Young people who have abandoned the cafes of Dizengoff Street and the discotheques, the farm boys, the Yeshiva students, the members of the youth movement, the boys of immigrant townships – all are at this moment shoulder to shoulder, fighting in the air, on the land and on the sea for our right simply to live," he said.

While the term "fake news" is widely thrown about today, it was literally true of the kind of propaganda Israelis had to endure at the beginning of the war, especially from Egypt.  "We would hear what was called Kol Qahir, the Voice of Cairo, and they would speak the worst things," Isaac Herzog remembered. "We're going to throw you into the sea," I guess."

"Yeah," Michael agreed. "They said terrible things, and the people were – there was anxiety. But (their father) provided very professional analysis. He, first of all, knew the situation," having been in military intelligence.

"Three times a day you would walk the streets of Tel Aviv and you would hear his voice throughout the city," Isaac recounted. "People just listening, stopping and listening.  And it was awesome. I heard his voice in the trench. I heard my dad. My mom brought the little radio and we would hear him in the trench and he calmed us down."

Michael Herzog added, "I was told by people who were soldiers in the front lines and they would listen to him; and I was told by quite a few of them that this really boosted their morale."

Back in Jewish Hands

Just one day into the war, Chaim Herzog received the amazing news that Israel's air force had virtually destroyed the capacity of Egypt, Syria and Jordan to strike Israel from the air. On the ground, Israel's army penetrated deep into the Sinai desert and pushed toward Jordan to the east. Still, he kept his reserve on the air.

"I am broadcasting from Jerusalem to the sound of heavy shelling. A strange form of quiet and anticipation has fallen on the front line, a quiet that may foretell great tidings," he announced.

By day three, June 7, 1967, Herzog could tell the nation the unthinkable: that after two millennia, Jerusalem was back in Jewish hands. By then, he would show some of the elation all Israelis felt.

"The miracle of our generation continues, as does the brilliant campaign, the likes of which there has been no record of in the history of Israel and perhaps in the history of the nations, and which has achieved today what millions of Jews throughout the generations have prayed for," Herzog said.

"And indeed the saying goes," he continued, "Jerusalem is a gift of the whole land of Israel. On the altar of the Temple Mount and Mount Moriah, the people of Israel offered up today priceless sacrifices that swell the toll of sacrifice by earlier generations. Our victory was not lightly achieved and, at this moment, it is well that we remember those who offered up their lives for the glory of the Almighty and the nation."

Michael Herzog noted, "We live in a very different era than 1967.  But in my mind, what our father, the impact his broadcast had on national morale, is reminiscent of the impact Churchill's broadcast had on British morale during World War II, and that was very significant."

How This Impacts Israel Today

Today both Herzogs are strong supporters of a two-state solution between Israel and the Palestinians, despite growing skepticism about the peace process among many Israelis. The hope is that 2017 will be a year of breakthrough.

"There is a golden opportunity in the regions whereby you need to just stretch out your hand, and under American support especially, I believe, from the White House – there could be a sea change in the region, Israel being recognized by all its neighbors," Isaac said.

"And we need to sit down and get to the difficult moment of trying to make peace. This is what we owe to, even to the casualties who fell in the war, who were so brave in difficult battles – and to the fact that we want the Jewish nation to live in peace and strength in the region while celebrating that great victory."

While millions of Israelis may not share that kind of optimism about Israel's foes, most are united in celebrating what 1967 means to this day for the people of Israel and the world. 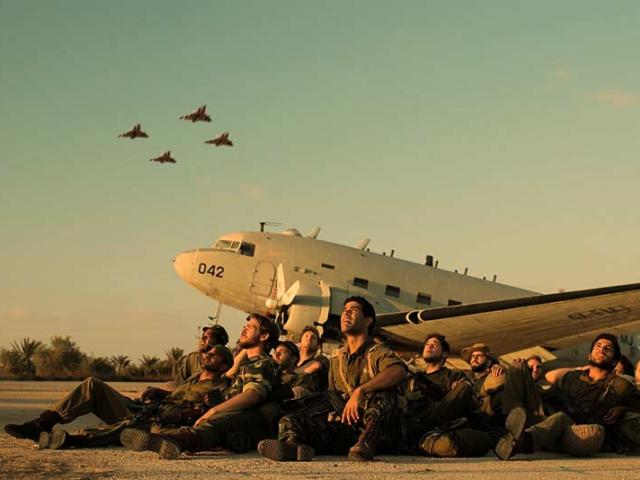