The Camera Captures a Personal Moment Between the Trumps and Netanyahus 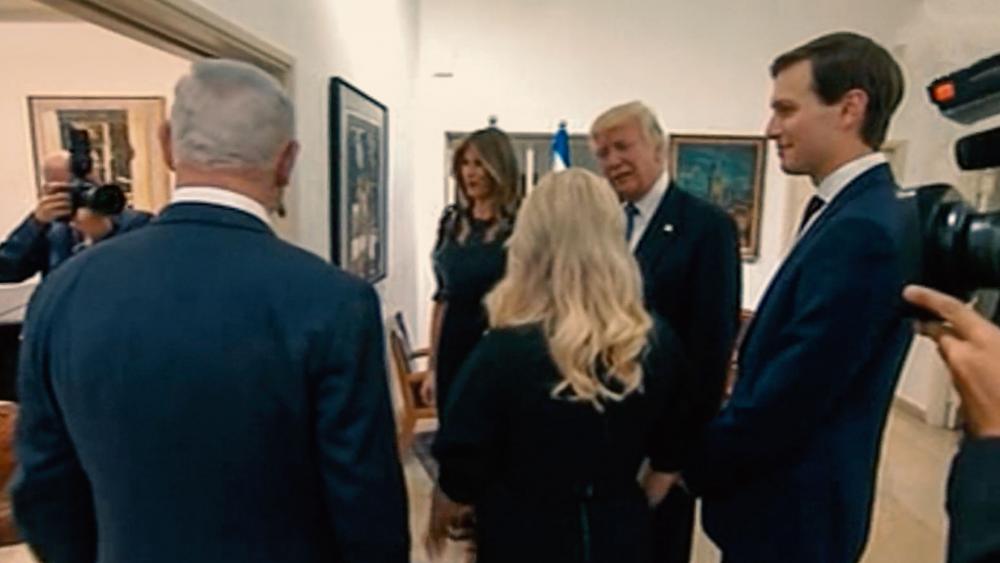 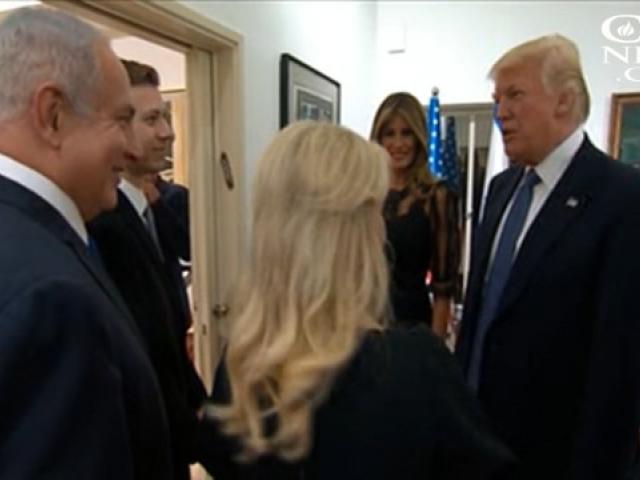 It's not often that the media gets to capture video of personal moments between world leaders.

Overheard on camera were comments from the Netanyahu's son Yair, who greeted the president and first lady and told them that he had empathy for their 11-year old son, Barron, because of the media spotlight he's been forced to endure.

Yair Netanyahu: "I'm a big, big fan of both of you. I've heard about you so much from my mother..."

Yair Netanyahu: "Thank you so much. You know, I can relate a lot to what Baron is going through because I've been his age during my dad's first term."

Donald Trump (referring to Yair Netanyahu) "And look how he turns out."

Melania Trump: "It can only make you stronger, that's all."

Bibi NetanyahuI: Yeah, he was here the first time when he was six."

Yair: "They were doing satires on me when I was three years old."