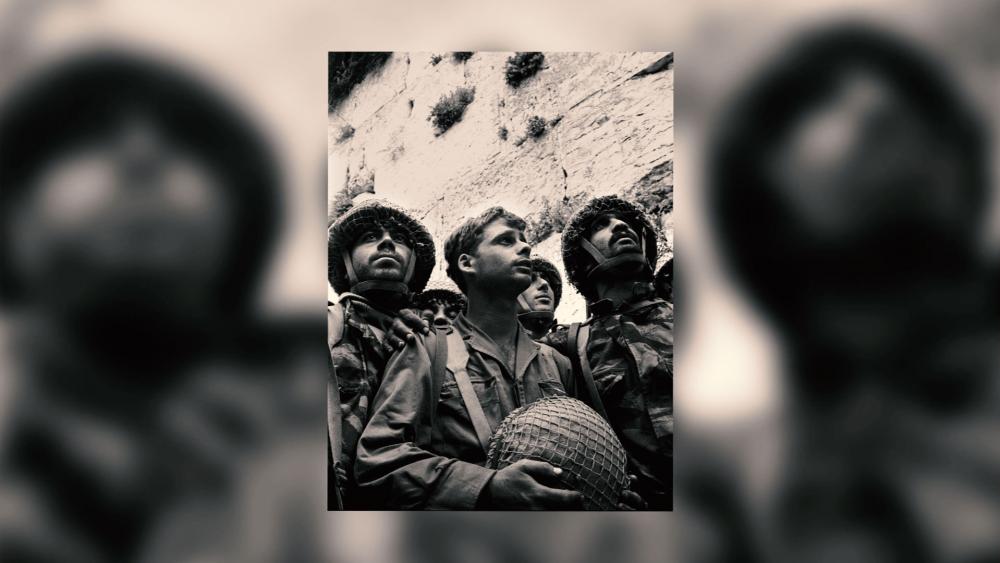 JERUSALEM, Israel – Probably the most enduring image from the 1967 Six-Day War is a picture of three paratroopers at the Western Wall.

Photographer David Rubinger took that picture and recorded many other moments in Israel's history. Rubinger passed away in March at the age of 92.

A few years ago, CBN News spoke with the famous photographer about his career spanning nearly seven decades. From the 1947 United Nations vote for partition, paving the way for the Jewish state, to many of its leaders like David Ben Gurion and Golda Meir, Rubinger was there, camera in hand.

"In retrospect, I consider I was very lucky. I happened to have a profession that coincided with the creation of the state. Sixty years. And that gave me a chance that very few photographers had to really cover a story, an entire story from A to Z," Rubinger told us.

His most famous photograph came in 1967, during the battle for Jerusalem. It's a picture that has become an icon in Israeli history.

"The night before, I was in Sinai," Rubinger recalled. "I was with the brigade that broke through at Rafia. I heard on the radio mentioned about Jerusalem. And a helicopter came down to pick up some wounded. And I – nobody asked me; there were no tickets were issued for that flight – I just squeezed in."

In the midst of the Six-Day War, Rubinger flew from the Sinai to Beersheva, then drove to Jerusalem. He stopped for a quick visit with family and headed straight to the Western Wall, arriving just minutes after the paratroopers captured the city.

The wall was crowded, and in 1967, the distance between the wall itself and nearby homes was only about 10 feet. To get a better perspective, Ruginger got down on the ground and began to take pictures. "I was lying on the ground and shooting and these three soldiers just walked by," he said. "I got three frames, nearly identical."

Rubinger's photo not only captured the heroism of the paratroopers, but also the end of a 2,000-year-old dream of the Jewish people to return to Jerusalem.

Given its fame, Rubinger didn't even think it was the best picture he took that day. He preferred a photo of Rabbi Goren riding the shoulders of the paratroopers. Even so, he chose the negative of the three paratroopers over the Goren photo to give to the government. In 1967 terms, the photo went "viral."

"Pretty soon the post office started printing and giving it out for two lira, two pounds, the equivalent of about 20 cents today. Anybody could buy it and everybody bought it. AP put it on the cover of their book. I was mad. I was hopping mad," Rubinger said.

Years later, he changed his mind.

"I'm now grateful for all the thieves," Rubinger said, "because it sort of made my career, that one picture."

That day at the wall also changed his life, leading to a wave of emotion.

"The crying was a result of the three weeks that preceded this moment. You must not forget Israel was in a mood of facing doom, doomsday. Everybody thought, 'We might win but cost [the lives of] thousands.'"

Instead, Rubinger said the Six-Day War was like life from the dead.

"I mean, if you are about to die and you think that your chances of survival are very, very low and you suddenly, you're not only alive, you're five times your size. You've beaten all the Arab armies. You're king of the world. The whole world admires you. You burst out crying," he said.

Rubinger died just a few months before the 50th anniversary of his famous photo. While he often disagreed with Israel's policies after after the 1967 war, Rubinger felt something very special about the country he followed with his camera.

"I think it's unprecedented in history that people did in 60 years what this country did – from 600,000 people or so in 1948 to 7 million with progress in all fields," he told CBN News.

"So with all my criticism, with all my misgivings about what's happening now, in the historic view I think there's very few if any precedents in history at all that can compare to it," he said.