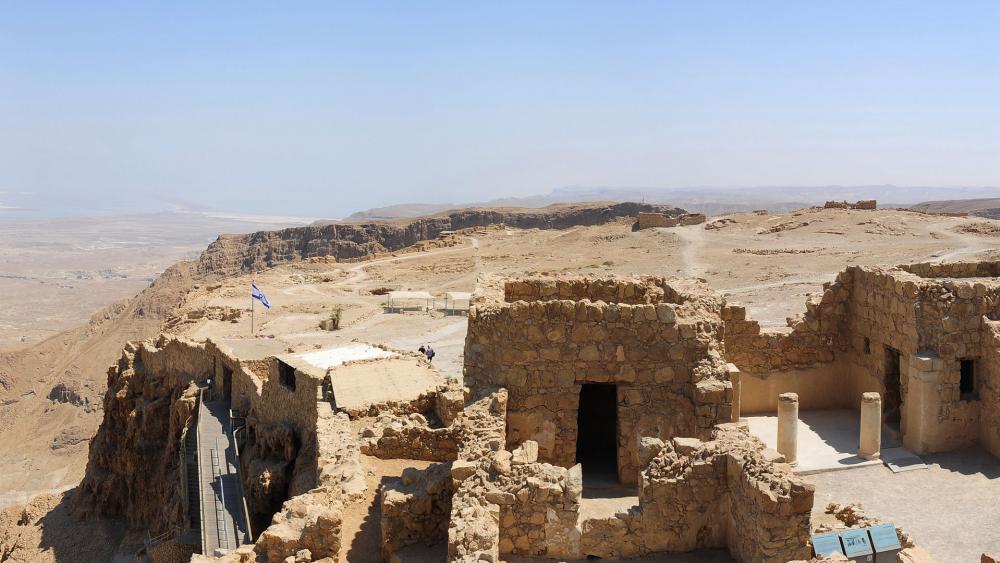 President Donald Trump will not be visiting the Israeli historical site of Masada next week, but instead will be speaking at the Israel Museum according to US National Security Advisor H.R. McMaster.

This is President Trump's first diplomatic trip outside of the US, where he will also visit the Western Wall in Jerusalem.

"The president will deliver remarks at the Israel Museum and celebrate the unique history of Israel and of the Jewish people while reaffirming America's unshakable bond with our closest ally in the Middle East," said US National Security Advisor H.R. McMaster at a White House press briefing.

According to reports, the Israeli Air Force defense regulation prohibits helicopters from landing on Masada's summit, preventing the president from speaking there.

This regulation is enforced due to helicopters raising a lot of dust making the landing very dangerous.

It was put into effect after a helicopter landing damaged the area during a visit from a U.S. defense secretary.

The wind and rocks damaged the historical site and the helicopter's propellers.

Another report says that Masada was turned down because of the desert heat.

However Israeli officials offered Trump an alternative to land at the bottom of the site and go up on cable cars as former President George Bush did upon his visit, but the offer was turned down.

The president's trip will take place from May 22 through the 23rd.

Trump's overall plan during his visit to Israel includes meeting with President Reuven Rivlin to lay a wreath at the Yad Vashem Holocaust Memorial and a meeting with Prime Minister Benjamin Netanyahu on Monday afternoon.

Netanyahu and his wife, along with Trump and the first lady will also sit down for a private dinner during his visit.

"The following morning the president will meet President Abbas in Bethlehem where he will convey his administration's eagerness to facilitate an agreement that ends the conflict and he will urge Palestinian leaders to take steps that will help lead to peace," McMaster said.

"And he will visit the Church of the Holy Sepulcher and say a prayer at the Western Wall," he added.

Netanyahu recently tweeted a meeting with US ambassador to Israel, David Friedman, where he said he was looking forward to meeting with Trump next week.