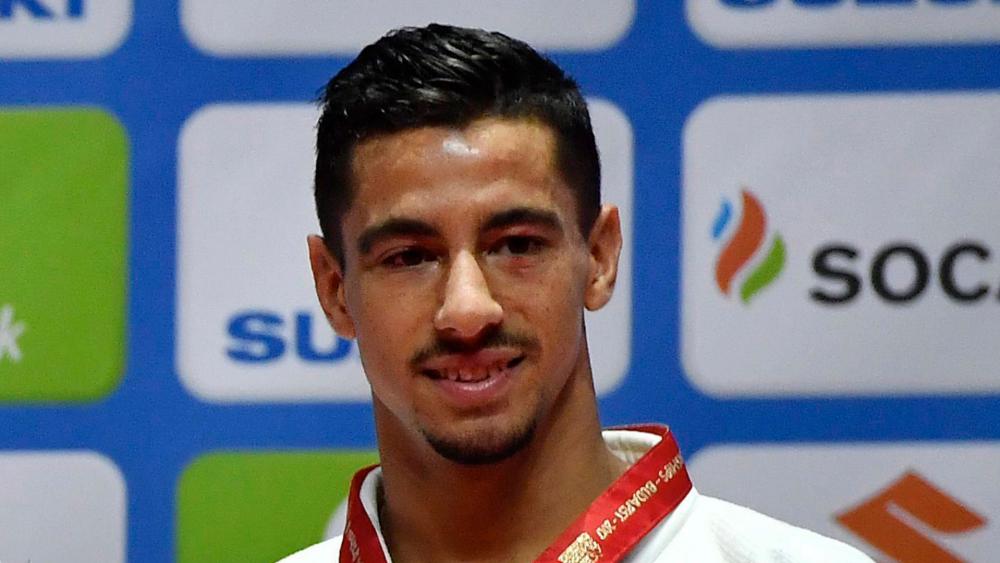 Israel Judo Gold AP
An Israeli athlete participating in a Judo tournament had to celebrate the presentation of his gold medal by singing the Israeli anthem himself, and without the Israeli flag.
Tal Flicker won his gold at a tournament in Abu Dhabi, United Araba Emirates, where Israeli symbols are banned and event organizers refused to play "Hatikvah" (The Hope), Israel's national anthem.
So, Flicker sang the anthem himself under the flag of the International Judo Federation (IJF), while the IJF's anthem played in the background.

WATCH-DISGRACEFUL.
ISRAELI Tal Flicker presented with his gold medal at #JudoAbuDhabi2017 without Israeli anthem or flag. Nice to see Tal singing something and I'm guessing it's the #Hatikvah@Ostrov_A pic.twitter.com/RzwGdn0Bh8

Fellow Israeli bronze winner in the women's competition, Gili Cohen, got the same treatment. In fact, the entire Israeli team was forced to compete without any identifying symbols, according to the Times of Israel.
No other nation was treated that way at the tournament.
Flicker said he made up his mind to sing the nation anthem himself because, "Israel is my country, and I'm proud to be Israeli."
The ban on Israeli symbols came despite a demand by the IJF that its athletes be treated equally in Abu Dhabi.
CBN News Email Updates