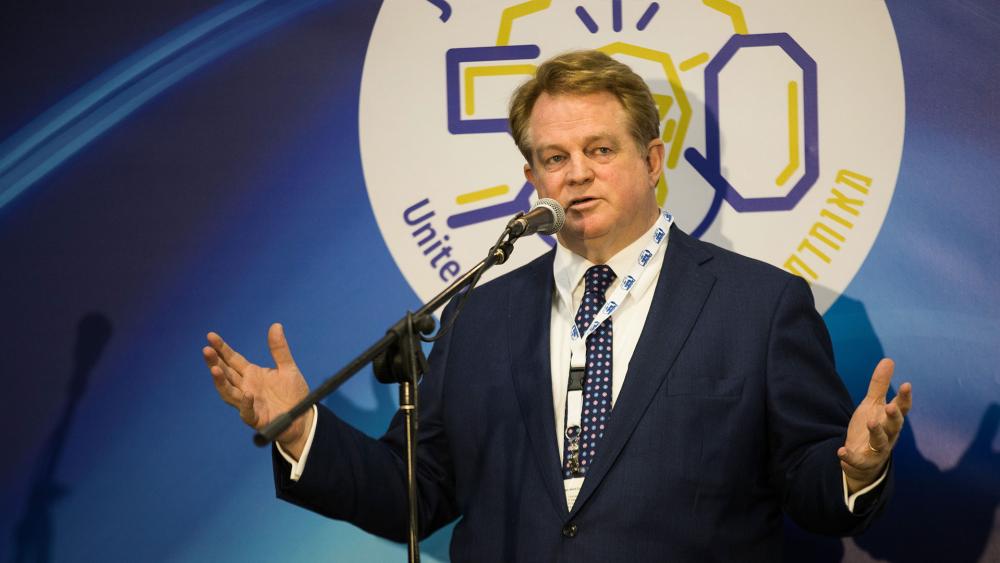 Following Robertson's presentation, one participant told CBN News his knowledge of Israel and the Middle East "can only be gleaned by self-education."

"For a man with so much on his plate, it just shows that Israel is in his heart," ICEJ (International Christian Embassy Jerusalem) Vice President David Parsons said.

During the presentation, Robertson focused on CBN Documentaries' latest production on the battle that reunited Israel's capital under Jewish sovereignty, providing attendees with a complimentary copy of the DVD in English or English with Hebrew subtitles.

Robertson told participants how the docudrama developed over a five-to-six-year period from its inception to its U.S. and Israeli premiers on the 50th anniversary (to the day on the Hebrew calendar) of the reunification of Jerusalem by reservists of the 55th Paratroopers Brigade during the 1967 Six-Day War.

From the start, he said, there was a "heavy emphasis on accuracy, right down to the uniforms and the vehicles the actors drove. The film was shot on location at Ammunition Hill in Jerusalem, with an Israeli cast and crew.

Robertson said, "One of the great things about facts is that it's pretty hard to argue against them."

The week before the conference, the ICEJ featured the production at its annual Feast of Tabernacles celebration. On Israeli night, several former paratroopers, who took part in freeing Jerusalem from Jordan's 19-year occupation, greeted the more than 5,000 Christian pilgrims at Jerusalem's Pais Stadium.

When writer and director Erin Zimmerman joined Robertson on stage Tuesday, she shared how the Lord led her step-by-step from the start, saying she thoroughly enjoyed working with her Israeli cast and crew.

Zimmerman encouraged Christian filmmakers to bring their projects to Israel.