First Permanent US Base in Israel to Defend Against Missiles 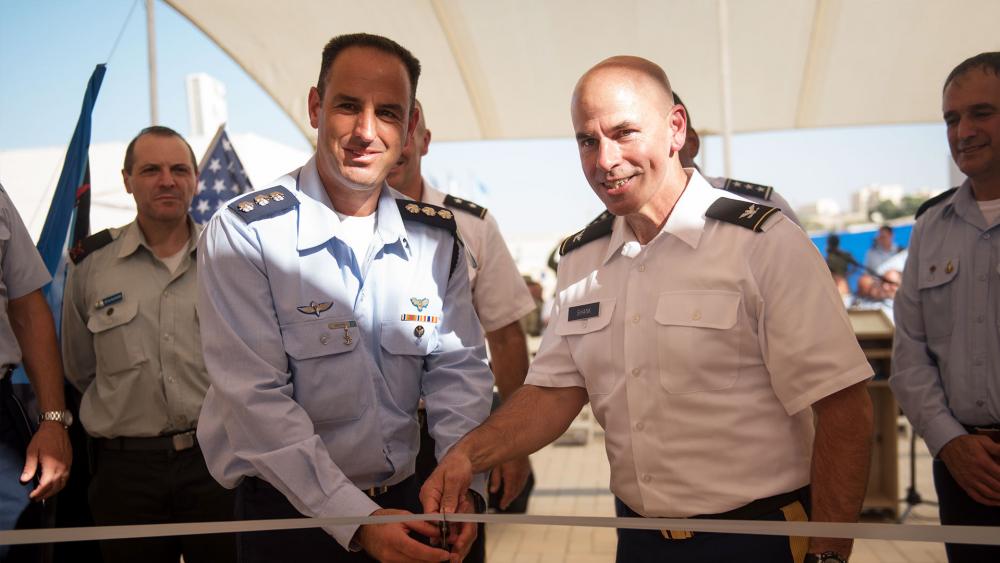 JERUSALEM, Israel – On Monday, the Israel Defense Forces (IDF) announced the establishment of the first permanent U.S. military base on Israeli soil charged with defending against rocket and missile attacks.

The facility, located within the Israel Air Force's School of Aerial Defense not far from the southern city of Beersheva, will permanently house dozens of American soldiers stationed in Israel as part of a task force, the IDF said on its website.

In addition to barracks, the finished base will include recreational facilities and other special features for U.S. air defense soldiers.


The U.S. soldiers will operate the complex radar system that tracks the flight path of ballistic missiles, as well as rockets and missiles fired from Lebanon and the Gaza Strip.

The base, which has been two years in the planning and is full speed ahead now will help the IAF and the U.S. task force "improve detection, interception and deployment in aerial defense, while strengthening cooperation."

It will also extend the daily life of the task force, the IDF said, describing it as a U.S. military zone that will operate under IDF guidelines and regulations."

"Part of the process of establishing the foundation stems from the process of a culture of cooperation. I appreciate the way the Americans respect the State of Israel," Haimovitch said.

"The United States and Israel have long planned together, exercised together and trained together," Gronski said. "And now with the opening of this site, these crucial interactions will happen every day. We'll have Israeli airmen, U.S. soldiers living and working side by side."

Meanwhile, the IDF established a new Iron Dome battalion, Haimovitch added. The Iron Dome, designed to intercept short and medium-range missiles, played a key role during Operation Protective Edge, when Hamas launched dozens of rockets and missiles at Israel. The Iron Dome has also been deployed against threats along the northern border. "This battalion is one of the takeaways of Operation Protective Edge and of our operational understanding of the threats we deal with today and are expecting to deal with in the future," Haimovitch said.

Both countries believe the establishment of a permanent U.S. base on Israeli soil will enhance the ability to handle future aerial defense challenges.

In February, the U.S. and Israeli militaries will participate in the biannual Juniper Cobra exercise. The last Juniper Cobra took place in 2016.