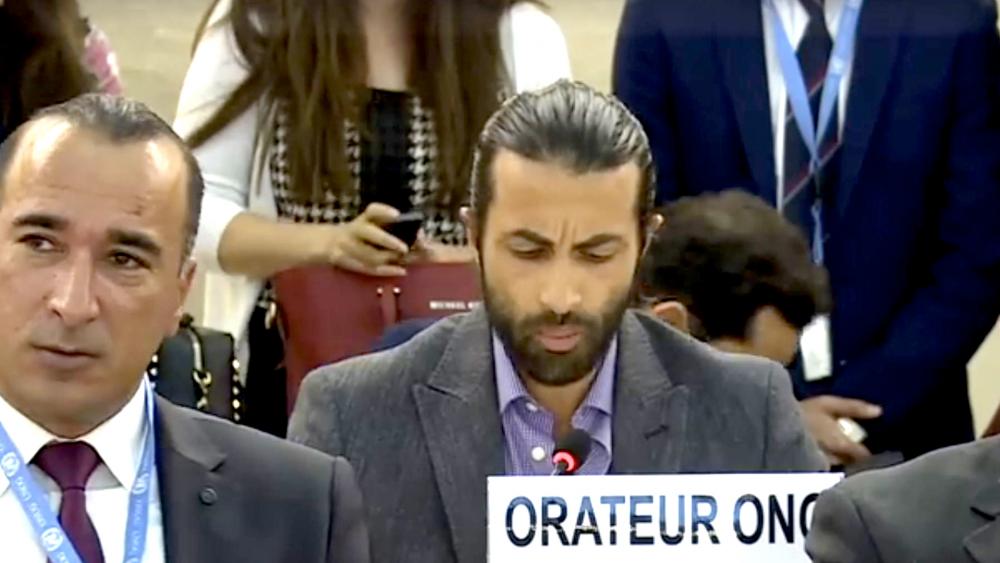 The United Nations Human Rights Council sat in silent disbelief as Mosab Hassan Yousef, the son of a Hamas founder turned pro-Israel activist, blasted the Palestinian Authority for oppressing its own people.

However, Yousef silenced them all when he called the Palestinian leadership hypocrites.

"Where does your legitimacy come from?" Yousef asked the representatives from the Palestinian Authority. "The Palestinian people did not elect you and they did not appoint you to represent them."

"Your accountability is not to your own people. This is evidenced by your own total violation of their human rights," he continued. "You kidnap Palestinian students from campus and torture them in your jails. You torture your political rivals. The suffering of the Palestinian people is the outcome of your selfish political interests."

He argued that the Palestinian Authority uses Israel as a scapegoat for its selfish ambitions.

"If Israel did not exist, you would have no one to blame," he said.

Yousef was speaking on behalf of UN Watch, a watchdog organization that monitors the United Nations' bias against Israel.

Yousef was born and raised in Ramallah to a founding member of Hamas. He left Hamas in the 1990s to work for Israel's internal security.

He has since moved to the United States and written a book about his journey from Hamas to pro-Israel activist in his book "Son of Hamas."