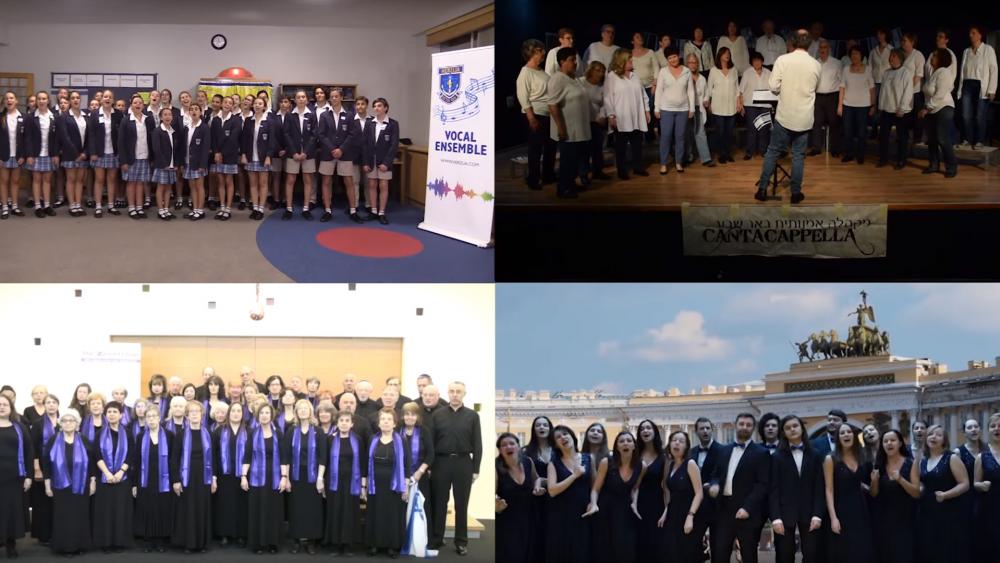 Israel's celebrates its 70th anniversary as a modern nation this year, but Israelis aren't the only ones joining in on the festivities.

Fifteen choirs from around the world have joined together to honor Israel's legacy in a music video titled One Voice: A Gift to Israel.

In the video, they sing Oseh Shalom, a Hebrew prayer.

The English translation of the lyrics are as follows:

This prayer for peace comes at a time of increased unrest on the Gaza border between Israeli soldiers and Hamas - a terror organization.

In recent weeks, Hamas has encouraged Palestinians to violently protest on the Gaza border in hopes of forcing Israelis out of the country.

The top Hamas leader, Ismail Haniyeh, said last week that people should get ready for throngs of Palestinians to spill across the border.

"Our people will outnumber the occupation and force it from our land," he said.

Hamas said the demonstrations will culminate in a mass march on May 15.