After the US Strike, What's Next in the Middle East? 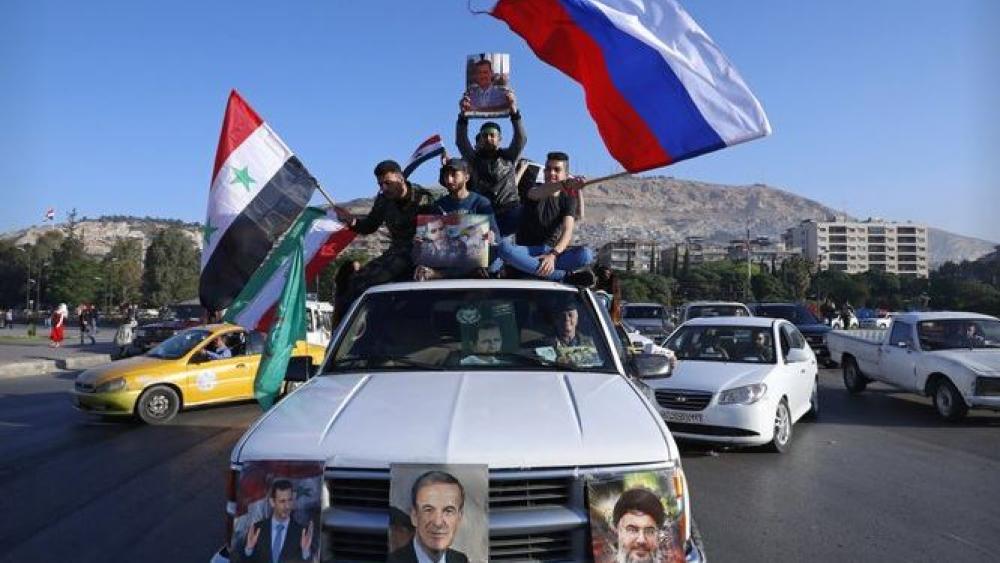 The facts are clear.  A joint command of the U.S., Great Britain, and France launched a raid on three Syrian chemical weapons facilities.  Their strike came in response to a horrific chemical attack in Douma, Syria that left 75 dead.  The gruesome pictures of children and adults gasping for breath went viral and struck a global chord from the White House in Washington to 10 Downing Street in London.

For days, presidential tweets telegraphed that the missiles were coming to deter the future use of these deadly chemical agents.  Now at least some of the missiles have hit their targets and the question many are asking here in Israel and throughout the region is what's next?  Will this lead to an escalation?  Could it provoke a direct confrontation between the U.S. and Russia?  Might Iran or its proxy army Hezbollah retaliate against Israel?

If you listen to the rhetoric, the answers to those questions would likely be yes.  Russia's ambassador to the US tweeted in part "… such actions will not be left without consequences."  Syria's state news agency warned of "… inflaming tensions in the world."  And Iran predicted "regional consequences" that many interpreted as a direct threat against Israel.

But what's the "mood music" behind the scenes?  It's possible that despite the rhetoric coming out of Damascus, Moscow, and Tehran, these collective capitals might be breathing a sigh of relief today.  The "surgical" strikes reportedly did not hit any Russian or Iranian targets and although Assad's chemical capabilities are degraded, his regime is intact.

CBN News talked with a former Israeli intelligence officer.  He told us that because of the limited nature of the strike, he didn't expect any escalation.  We also discussed the geopolitical situation with Avi Melamed, author of Inside the Middle East. He expected Assad to demonstrate to the world that "life goes on" in his murderous regime.  In fact, Syrian state television broadcast video of Assad dressed in a suit, calmly carrying a briefcase on his way to work.

Yet this is the Middle East and most regional observers know current conditions inside Syria are a tinderbox and any miscalculation could set the area aflame. That's certainly how the rhetoric sounded before today's strike.

From the Western perspective, President Trump stood behind his "red line" with credible military force and demonstrated he could gain the support of two key allies, Great Britain and France.  In fact, Melamed says "for the first time since the start of the Syrian crisis, Western powers are targeting Assad."  Melamed called this a "significant" development for the future.  It also sends a signal to Assad, the Russians and Iranians that the US is back after eight years of President Obama failure to enforce his "red lines."  It also demonstrates there's massive Western military might in the region.  It's a calculation Assad, Russia and Iran will have to consider in the future.

Iran's, Russia's and Syria's reaction in the next few days will determine if there could be a major escalation in the region.  But even if there's no immediate escalation following this strike, the seeds of a future war remain firmly planted in Syrian soil.  Iran is still advancing its goal of establishing a forward military presence within striking distance of Israel.  Israel steadfastly announces it will prevent Iran from building that military presence.  Iran won't compromise, neither will Israel.  Melamed says given these realities, the "odds for a massive confrontation are increasing." 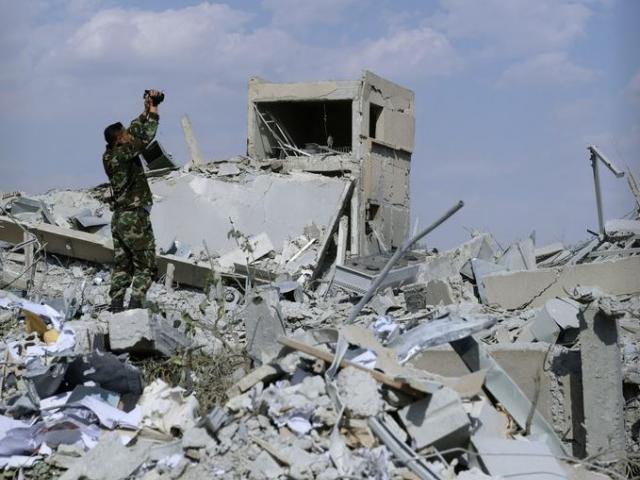 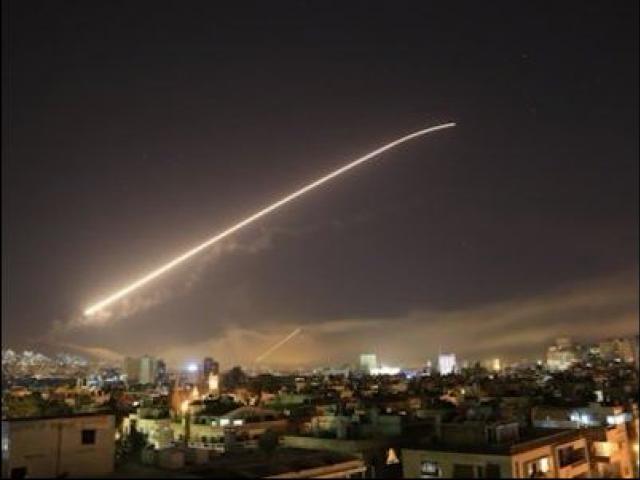 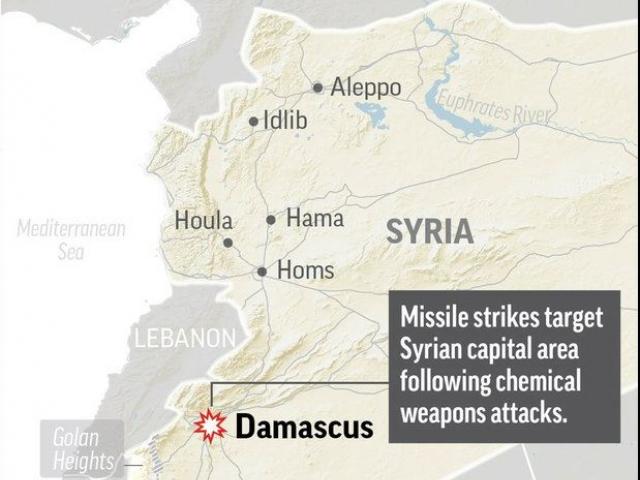