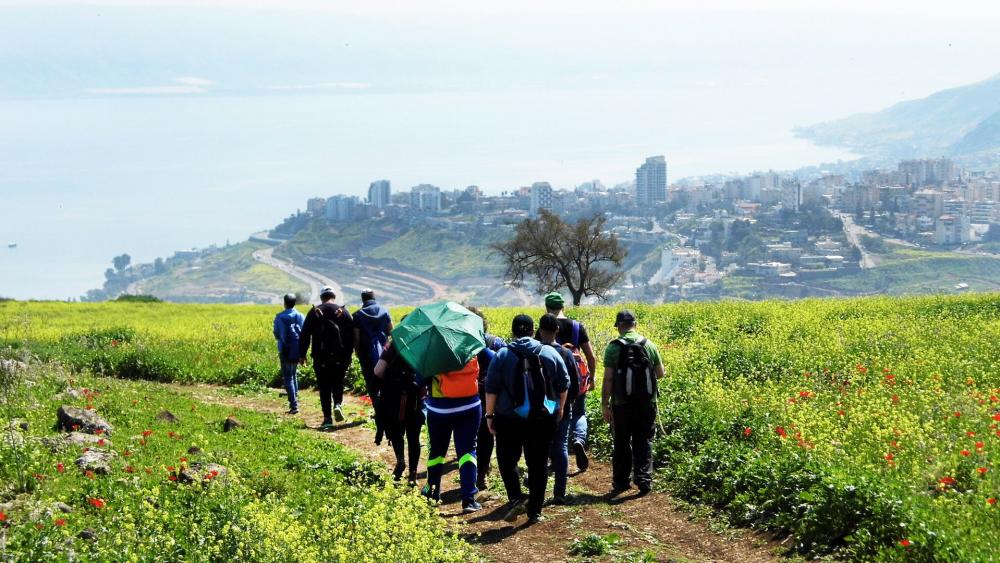 About a year ago, the IAA, together with a number of government and private organizations, decided to create a hiking trail that follows the movement of the ancient Sanhedrin from town to town. The creators of the project purposed to present it as a gift to the State of Israel on its 70th anniversary.

The trail features dozens of "smart" stones that work as relay stations, providing hikers with all kinds of information and activities they can access on their cellphones.

What better way to connect with today's youth?

"The new web application that 'communicates' with the stones offers information about the recent and ancient history of the Galilee, flora and fauna, landscape, observation points and attractions," the IAA's press release stated.

As part of their school curriculum, Israeli children participate in outdoor classes to study a variety of subjects, including the environment, geography, sports and archaeology," IAA archaeologist Dr. Yarden Alexander told CBN News.

The Sanhedrin Trail, she said, is dedicated to the 70 sages who helped rehabilitate the Jewish nation following the failed Bar Kokhba Revolt (132 AD) against the Roman occupiers, some 60 years after the destruction of the Temple in 70 AD.

As students worked to prepare the trail, they made some exciting finds, including a 1,400-year-old oil lamp decorated with a menorah.

"Unlike the modern-day symbol of the state [Israel] in which the Temple's menorah is depicted with seven branches and a single broad base, the menorah engraved on the ancient lamp has eight branches and a three-legged base," IAA archaeologist Dr. Einat Ambar-Armon explained.

One high school student, Ilai Yonah, found a gold coin with an inscription by Suleiman the Magnificent, credited with building city walls of ancient Jerusalem.

According to the report, only two other similar coins have been discovered to date.

Other finds include pieces of decorative glass, evidence of the ancient glass industry mentioned in rabbinical texts, the IAA reported.

The trail follows the Sanhedrin from Horbat Usha, where the Sanhedrin relocated after the Bar Kokhba Revolt, to Shefar'am, then Bet She'arim and Zippori and finally Tiberias near the Sea of Galilee. At each of these locations, there are excavations. And there's much to see along the way.

"The new trail and the discoveries along it are a celebration for the citizens of Israel on the occasion of 70 years of independence and a gift from thousands of young people who invested so much of their energy in developing it," Hasson said. "This is a flagship project that connects the future generation preparing the trail to its heritage and to the Jewish people's great and inspiring leaders."

Dr. Alexander explained it was crucial to define Judaism in post-Temple times.

They took it upon themselves to help the people, taking on the task of interpreting and codifying the principles of the biblical law, which produced the Talmud and the Mishna, the interpretation of the Torah (the first five books of the Bible), known as Judaism's Oral Law.