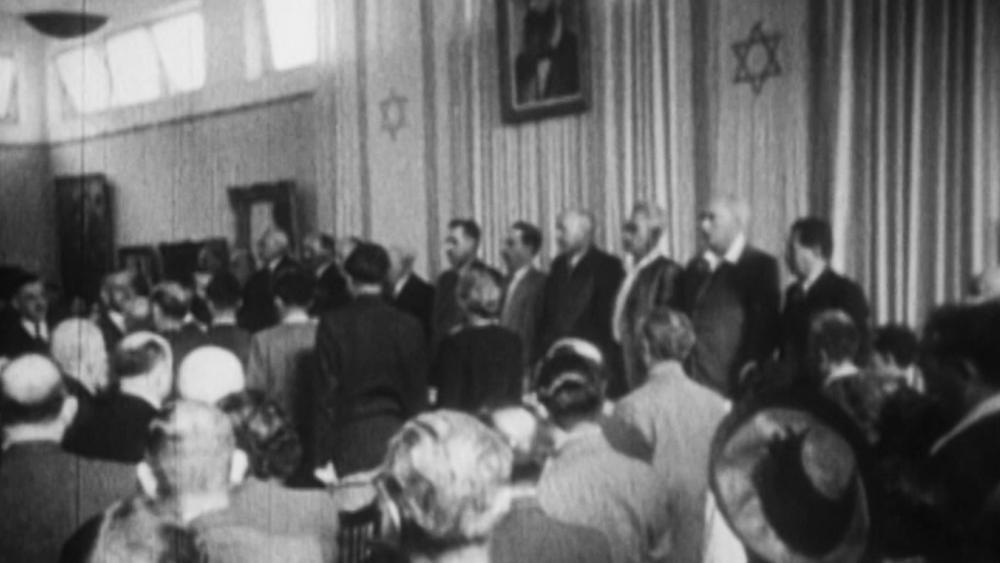 TEL AVIV, Israel – 73 years ago in an art gallery in Tel Aviv, David Ben Gurion made a declaration that changed the world forever. On May 14, 1948 he declared the birth of the modern state of Israel. For the first time in nearly 2,000 years, the Jewish people had a nation.

CBN's Scott Ross spoke with Isaac Dror, who heads education at the place where the declaration was made – now known Independence Hall.

"Ben Gurion was standing here as the voice of 11 million Jews around the world who had no voice, who had no address and nowhere to go to," Dror said.

"This was promised to us by God," he said. "We are the only people in the history of the world that live on the same land, speak in the same language and believe in the same God more than 3,000 years."

It was Friday afternoon and the ceremony needed to be finished in time for the guests to get home before sundown when the eve of the Sabbath began. The ceremony lasted just 32 minutes.

The British, who had ruled mandatory Palestine for about 30 years, left and reborn Israel was invaded by five Arab armies.

"The civil war that was launched upon us six months before the declaration was still going on. Jerusalem was besieged and struggling, not very far away from here," Dror said.

"It's like when you mix the happiest day for the Jewish people, one of the greatest moments for our nation in modern times with one of the most dangerous and sad days when Israel was that close to a complete annihilation," he added.

Dror said the building had been chosen because it was the "safest auditorium" in Tel Aviv. Most of the guests, too, were from Tel Aviv because the "country" was divided up and Jerusalem disconnected.

"Only 350 of them were lucky enough to be squeezed in the room with no air conditioning," he said.

"Her father was on the stage here, Moshe Sharrett. He was the right hand of Ben Gurion and the, kind of, foreign minister of the provisional government of Israel," explained Dror.

"When they came to the ceremony, they came with an invitation. It was issued on the 13th of May, which is 24 hours before the event. And it says, 'we are honored to invite you to the ceremony of independence.' And then it goes 'we ask you to keep it as a secret.'

"You don't want thousands of people to swarm the street when you expect an air raid later that day. And then it says the invitation is 'personal,' like come alone.

"And here, you have Mr. Moshe Sharrett who brought his daughter with him. And not only his daughter, but his sister as well and the guy at the door said 'what are you doing? This is just for one person.' And Moshe Sharrett said, 'they will share the same chair.'

Ross met Yael Sharett Medini at her home in Ramat Gan, near Tel Aviv. On the wall, is a photo of the ceremony. Using a toothpick, Yael pointed out where she and her aunt had been sitting.

"Here's my aunt and this is my forehead and we shared a chair there – next to the wall," Yael told Ross.

Just a day earlier her father had dictated to her a draft of the Declaration of Independence. A copy of that draft is also hanging on the wall in Yael's home.

"This is the document. This is my father's version of the declaration – the one that he dictated to me. This is my handwriting," Yael said.

"And this took you how long?" Ross asked.

"I think that I sat there about three-quarters of an hour to an hour," she said.

Despite her participation in such a momentous event, Yael referred to herself as simply "a handmaiden of history." She told us her story.

At age 17, she said, she wasn't so interested in the declaration ceremony.

"I knew that this was going to happen from the age of zero. That we are going to have a state. And, we are rightfully here," she said.

Yael and her family were living in New York at the time where her father was busy at the United Nations, convincing countries to support the soon to be born Jewish state. When they returned on May 11th for the declaration of statehood she stayed in Tel Aviv with her aunt.

"So, my father came to his sister's apartment place to dictate this to me, right. When he finished, he said, 'tomorrow there is going to be a ceremony declaring the state, ok. Now I'm going to pick you up at 3:30, you and your aunt. Be ready, get dressed, comb your hair, and be presentable.' And, I obey orders," she said.

"Do you remember the event itself? When Ben Gurion stood up and read?" Ross asked.

"Yes, this I remember," she said. "It's really epic. It's poetry actually." Nevertheless, it was an ancient Jewish prayer that touched her most.

"The only time I was really moved I must say was when the Rabbi Levine made the old age Jewish blessing: shehecheyanu, v'kiyimanu, v'higiyanu la'z'man ha'zeh," she said.

That prayer is recited on momentous occasions and thanks God "who has given us life, sustained us and allowed us to reach this day."

At the end they stood and sang the national anthem, HaTikvah, The Hope.

The next day was the Sabbath. US President Harry Truman became the first world leader to recognize the re-born state. But Yael wasn't so interested.

"I had to get in touch with my friends who were already mobilized, while I was not yet because I was in America. And, I was very eager to join with them – to be mobilized, to be part of the fighting call. That was on my mind," she said.

According to Dror, Truman's top advisors were opposed to the US recognition of Israel.

"The Pentagon and the State Department truly believed that Ben Gurion, the leader of Israel, is leading the world into a new catastrophe," Dror said.

"(Truman) understood something that most of his top advisors and ministers failed to see. This is truly prophecy being realized," Dror said.

Against all odds the fledgling state not only survived but thrived.73 years later it's clear Truman was right.

"We are faster, better, prettier than ever today," Dror said.

"The economy in Israel is doing wonderfully well and Israel is, you know, innovation country, a start-up country.

"More and more countries around the world realize that what Israel spoke about for so many years now is a reality. Suddenly, people understand why we are here," he said. 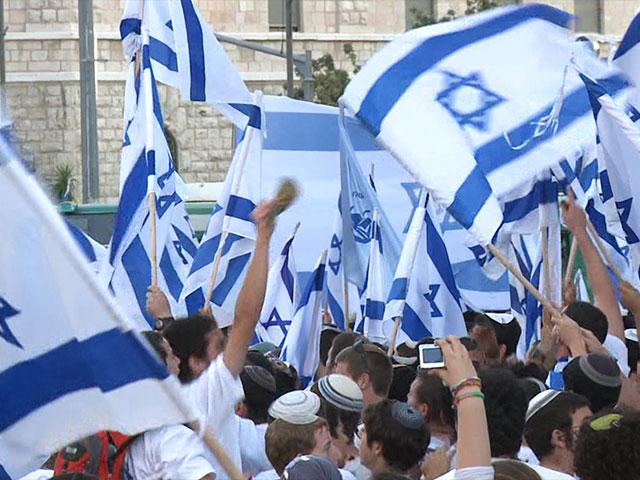