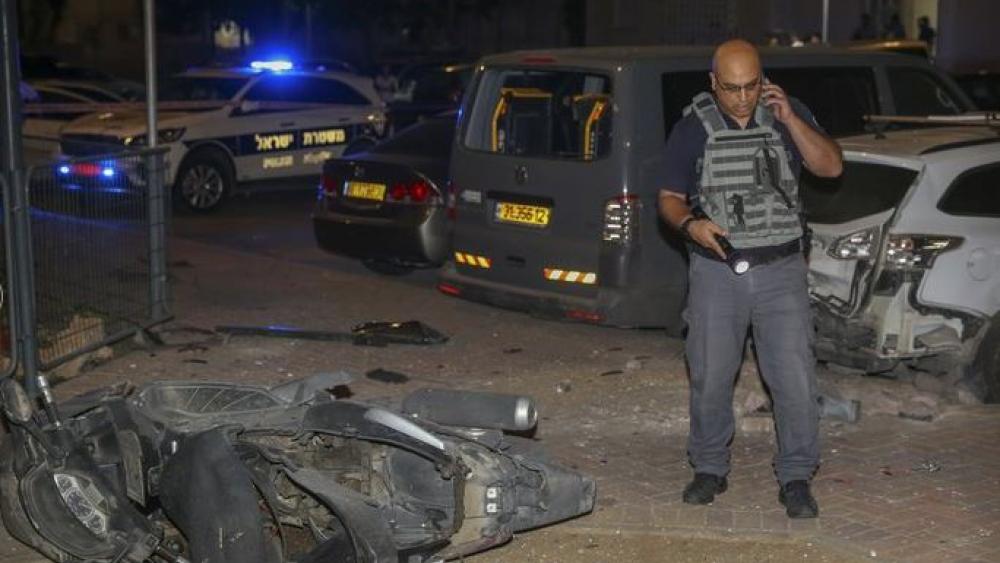 Israeli security stands at the site where a rocket from the Gaza Strip hit the town of Sderot, Photo, AP
5820063267001 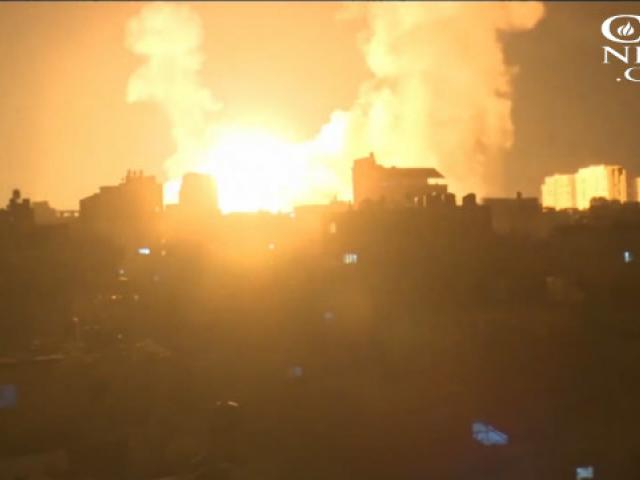 JERUSALEM, Israel – Tens of thousands of Israelis spent Wednesday night in bomb shelters as rocket barrages that began in the evening continued throughout the night and into Thursday.

Hamas terrorists in the Gaza Strip fired more than 180 rockets since Wednesday.  It's one of the largest escalations by the terror group since Operation Protective Edge, Israel's 2014 military incursion into Gaza.

Several of the rockets caused damage inside populated areas. Several people were wounded from shrapnel in Israel and others were treated for shock.

Shrapnel from a rocket attack in Sderot, Photo, TIP

Hamas attributed this round of rocket attacks to "Israeli aggression," referring to Israeli soldiers firing on what the terror group described as a "military exercise" near the border, killing two Hamas operatives two days ago.

One Israeli official said firing live ammunition at the border will not be tolerated. The IDF said it had fired on the outpost in "error."

Color Red air raid sirens continued Thursday morning in southern Israeli towns, including Sderot and the coastal city of Ashkelon for the first time in this latest escalation. Summer camps for children were closed and outside activities forbidden.  Residents were advised to stay close to bomb shelters.

Iron Dome anti-missile defense batteries intercepted 25 rockets, while the IDF deployed additional batteries and called up reservists to operate them.

"The Hamas terrorist organization continues to carry out acts of terror against Israeli citizens and their defense infrastructures, violates Israeli sovereignty and endangers the citizens of Israel and the security forces. The IDF is prepared for a variety of scenarios and is determined to continue carrying out its mission to protect the citizens of Israel," the IDF Spokesperson's Unit said.

One senior IDF officer said Israel is closer than ever to a widescale operation in Gaza. He said if it becomes necessary, residents of Gaza-perimeter communities may be evacuated.

And at least one Knesset member, a retired colonel, is calling for the heads of Hamas leadership.

US Middle East negotiator Jason Greenblatt tweeted, "Another night of terror & families huddling in fear as Israel defends itself. This is the Hamas regime's choice. Hamas is subjecting its people to the terrifying conditions of war again.

Hamas regime again is launching rockets at Israeli communities. Another night of terror & families huddling in fear as Israel defends itself. This is the Hamas regime’s choice. Hamas is subjecting people to the terrifying conditions of war again.

Meanwhile, UN leaders warn that Gaza residents face impending disaster with severe fuel shortages already plaguing the city. With more than 100,000 Israelis under fire, the fuel problem may not be Gaza's greatest worry in the days ahead. 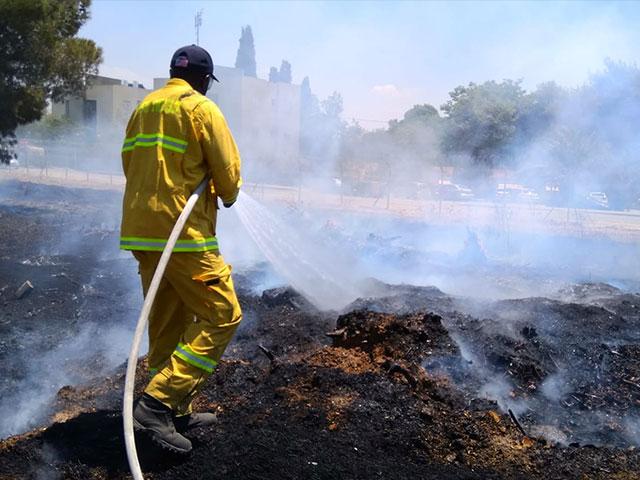