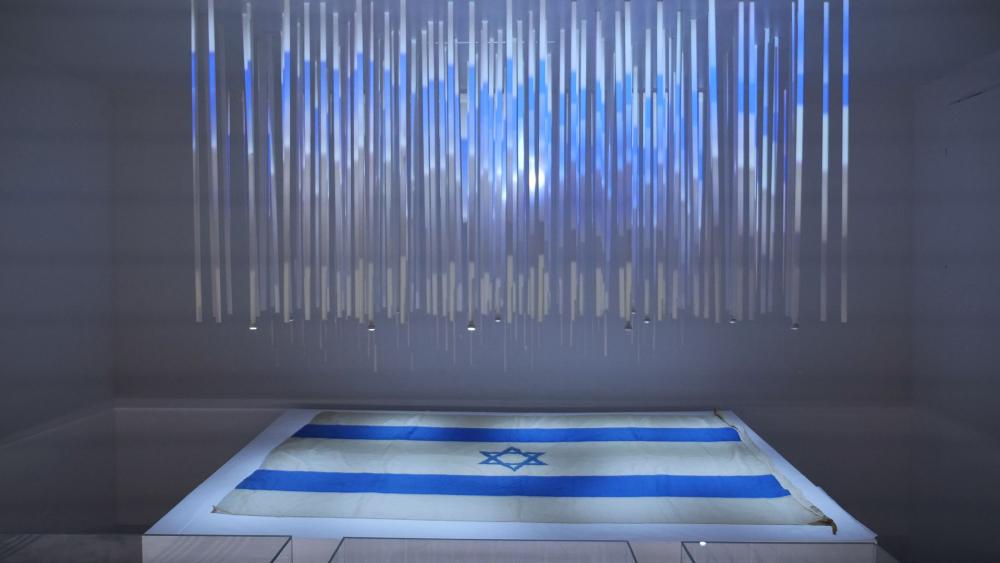 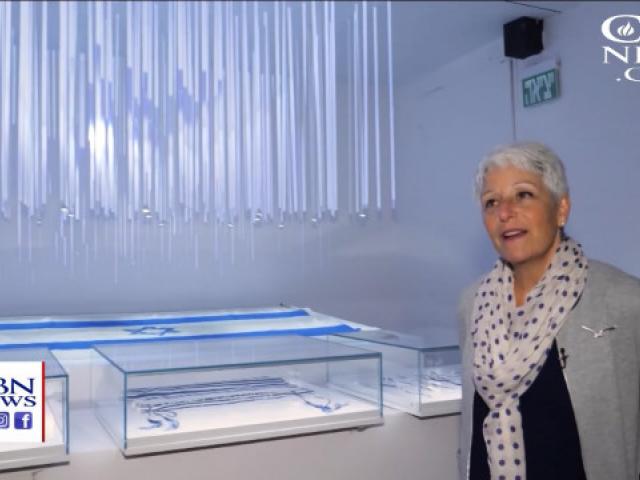 JERUSALEM, Israel – The ancient biblical priesthood, the Israeli flag and even outer space all have one thing in common: the color blue. And that's the theme of a new exhibit at the Bible Lands Museum in Jerusalem, called "Out of the Blue."

Blue and purple are mentioned dozens of times in the Hebrew scriptures.

"Tekhelet is the blue color that was used to dye the most important fabrics and textiles," said Amanda Weiss, director of the Bible Lands Museum.

And did you know the ancient blue and purple dyes in biblical times were extracted from snails?

"Tekhelet was extracted from a sea snail, murex snail, in the ancient world," Weiss told CBN News. "Phoenicians were known as the purple people. Phoenicia – actually the origins of the word [are] 'purple' – and the color was tekhelet blue and argaman is like a purple."

"We decided to do an exhibition that looks at the origins of the color blue – everything from the original chemistry and types of stones and attempts to copy blue and make a lasting color and the dye," Weiss said.

The exhibit traces the history of tekhelet and argaman in the Middle East from pagan cultures to the Bible.

Those colors were used in the tabernacle's curtains and veil, and God commanded the Jewish people to wear blue in their clothes.

"Speak to the children of Israel: Tell them to make tassels on the corners of their garment… and to put a blue thread in the tassels of the corners…that you may look upon it and remember all the commandments of the Lord and do them…." (Numbers 15:38-39)

And the process of making the dye?

"It's almost like magic. You have this jar of this very yellowish, gooey liquid and you dip your wool in and when you pull it out, it looks yellow for a moment and the longer it's in the air, it starts to transform color in front of your eyes and as you open it up it basically takes on the hues that are such an exquisite array here [of blues and purples]," Weiss said.

"Only those that were in royalty or of religious significance wore colors that were so exquisitely dyed," she added.

There's also an amazing Persian jar from the time of King Darius in the Book of Daniel. It's made of alabaster and has just a hint of purple left on it. The inscription on it is in four different languages.

There's also a tiny scroll of the Book of Esther in which the people are dressed in blue and purple.

Fast forward to modern times where a huge Israeli flag is the first one to fly at the United Nations after Israel became a state.

"The inspiration for the flag for the modern State of Israel was something that was discussed by the early Zionists, in a variety of design options but all of them seem to be based on the same basic principle that it had to reflect the prayer shawl of the Jewish people, the tallit," said Weiss.

Another smaller flag wraps up the exhibit. It flew aboard the world's first international space flight in 1975. So, from snails to outer space, for Israel it's all about the color blue.