'God Still Loves the Kurds': A Plea from a Kurdish Pastor to President Trump About the US Pullout from Syria 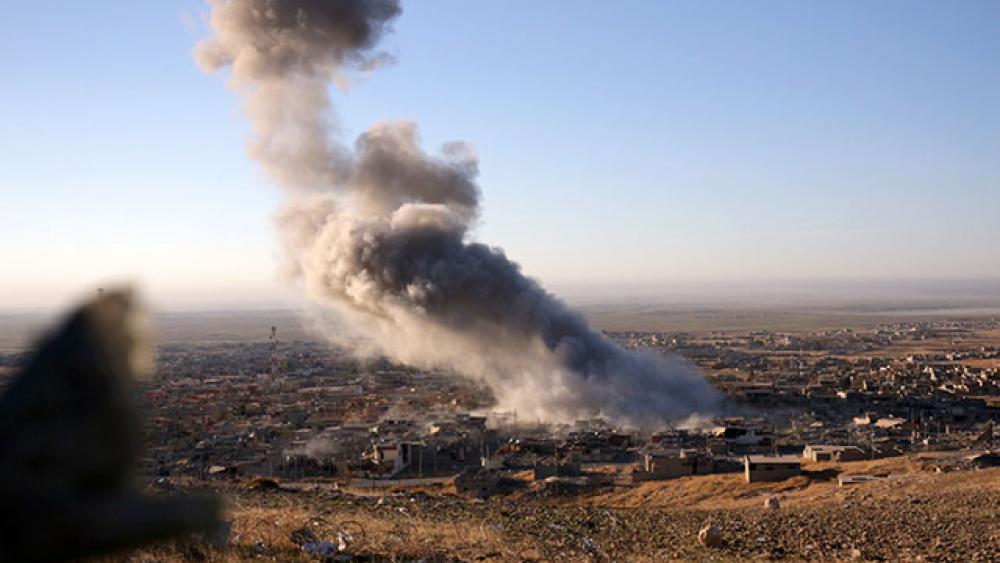 President Trump's decision to pull US troops out of Syria shocked US senators, Pentagon generals and even allies like Israel. But one group could pay the heaviest price of the pullout – the Kurdish people who will be in the crosshairs of several powerful enemies.

This is a letter one Kurdish pastor wrote to President Trump about his decision. He respectfully presented the case that while President Trump has stood alongside the Kurds in their battle against ISIS and other Middle East foes, this new decision will have catastrophic consequences for the Kurdish people who have been the closest allies of the US in the fight against the Islamic State.

As a Kurdish pastor I would like to draw your attention to this matter and would be very grateful if you can give it your attention.
We're very thankful to God for your wise leadership in terms of defeating ISIS in Iraq and Syria in particular and the whole world in general.  Your continual support and help in covering, arming, training, attacking, protecting, striking and defending the minorities and the Kurds is historic and remarkable.

Our Kurdish proverb says, "The Kurds have no friends except the mountains." But during the attack of terrorists you changed this reality and initiated quickly to help us. This caused my nation to feel very safe as they found the hug of a lion in the forest, as well as the feeling that the free world now has eyes to see, ears to hear and a tongue to speak out. We could take comfort when we took shelter in you when wolves tried to attack us.

Among those who rejoiced very much are the Syrian Kurds in the area of Rojava. Our sisters and brothers cooperated and fought alongside your sons and daughters to defeat ISIS. Their precious blood was shed on the same ground for the sake of freedom and humanity. This means we're much more than just friends but brothers who share an inheritance. Surely your support prevented them from a certain genocide either by terrorists or their supporters. Briefly; you restored their hope and the righteousness of their cause.  You made them believe that God still loves the Kurds, still cares about them, still considers them as He does your great nation.

I don't want to exaggerate about this reality but I do believe strongly that the security of Israel in the Middle East is related very much to the security of the Kurds. They are the only neighbor nation to the Israelites who don't hate them; don't dream to harm them but have a very bold solidarity with them. Hence, protecting the Kurds means protecting Israel and the opposite is true.  Leaving them means handing them over to the hungry wolves.  Also, you will lose a very faithful friend of yours and push them to take haven in those who dream of conquering Israel and kick the USA out of the equation.

Mr. President; your recent announcement about withdrawing USA troops home shocked us!  Many people cried, others got heart attacks - among them a friend of mine in Netherlands.  Others, especially ISIS and their supporters, rejoiced very much. I do believe the Lord has given you Divine wisdom to lead and guide. Your roar will surely terrify the wolves and make your ally the Kurds feel safe.

Kindly accept my respect to your honorable leadership,