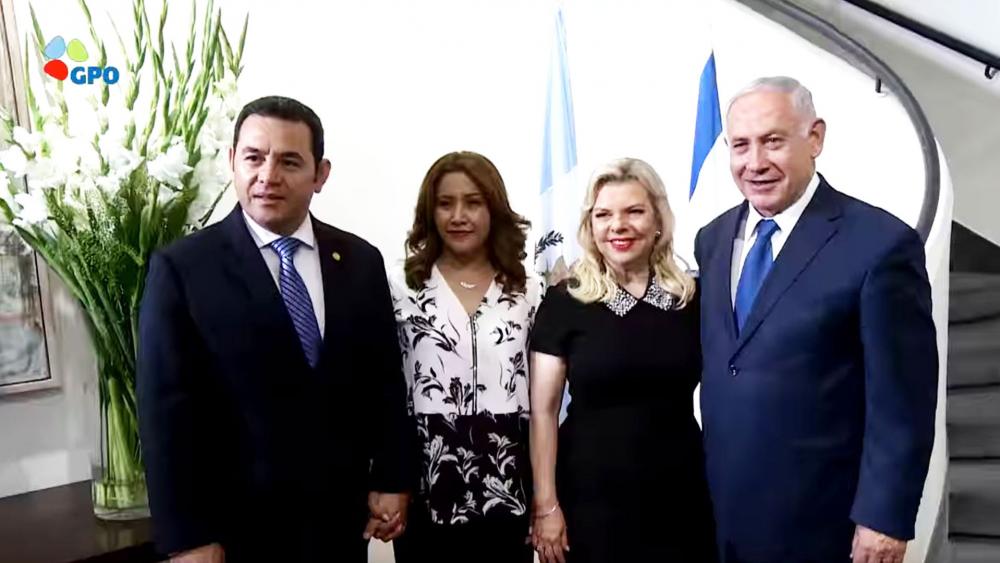 Prime Minister Benjamin Netanyahu and his Wife, Sara, Host President Jimmy Morales and his Wife, Patricia, in Jerusalem in May, Screen Capture

The prime minister's wife came at the invitation of Guatemalan First Lady Patricia Marroquin, wife of President Jimmy Morales, to strengthen the decades-long friendship between the two countries. Though she often accompanies her husband on official state visits, some hailed her first solo trip as "historic."

Topping the agenda of the six-day visit are discussions about natural disaster relief and clean drinking water. Israel was one of the first countries to send emergency medical and search and rescue teams to Guatemala after volcanic explosions last June took the lives of nearly 200 people.

"As part of the visit, the prime minister's wife and the Israeli delegation were invited to participate in an official event about drinking water and natural disaster relief, in light of the assistance Israel provided to Guatemala after the disaster of the Volcán de Fuego eruption six months ago," the Prime Minister's Office (PMO) said in a statement. She has also been invited to lay the cornerstone for a new neighborhood for people left homeless by the volcanic eruptions. The project, initiated by the Guatemalan Jewish community, will be named "Jerusalem," Israel's YNet news reported.

Sara and her hostess will meet with leaders of the Jewish community and hold discussions on health-related topics for children and adults.

Standing with Israel is not new for Guatemala. It was one of the first countries to support the United Nations partition plan, paving the way for its rebirth as a modern state, announced by Prime Minister David Ben Gurion on May 14, 1948.

Guatemala was the second country to move its embassy to Jerusalem last May, two days after the United States led the way. President Morales announced the embassy move in December 2017. He and his wife came to Jerusalem in May to join Israel's 70th anniversary celebration, where they were welcomed at the Netanyahu's Jerusalem residence.

"It is important to be among the first, but it is more important to do it right," CBN News reported at the time.

In February 2018, the Israel Allies Foundation honored President Morales with its highest award in appreciation of Guatemala's unwavering support for Israel. 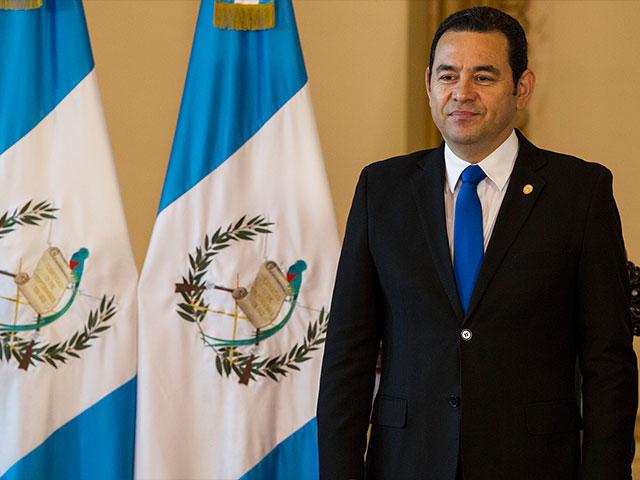