JERUSALEM - The United Nations General Assembly failed to pass a US-sponsored draft resolution that would have condemned the terror group Hamas for the first time in history.

The resolution needed a two-thirds majority of the 193-member body to pass Thursday. Eighty-seven countries voted in favor, 57 opposed, and 33 abstained.

Usually, the resolution would only need a simple majority to pass, but Arab nations led a successful vote before the official vote on the resolution to require a two-thirds majority for approval. Israel's Ambassador Danny Danon told the assembly the vote had been hijacked by the procedural maneuver.

"Your silence in the face of evil reveals your true color," he said.

Before the vote, US Ambassador Nikki Haley urged the nations to make history by finally condemning "one of the most obvious and grotesque cases of terrorism in the world."

"There can be no peace without the mutual agreement that terrorism is unacceptable," Haley told the assembly. "The questions before us is whether the UN thinks terrorism is acceptable if and only if it's directed at Israel."

Haley asked her "Arab brothers and sisters" in the assembly, "is the hatred toward Israel so strong that you'll defend a terrorist organization? One that is directly causing harm to the Palestinian people?"

Repost @usun: ‪Today we spoke some hard truths. We can’t talk about peace in the Middle East until we can agree on a basic condemnation of Hamas and its terrorism. The UN had a chance to do that today, and it failed. ‬

Hamas thanked the countries "that stood by our people's resistance and the justice of their cause" and attacked Haley who it said "is known for her extremism and her positions that support the Zionist terrorism in Palestine." A Hamas spokesman also called the outcome a "slap" to President Donald Trump's administration.

Palestinian President Mahmoud Abbas, whose Fatah party is deadlocked in a bitter rivalry with Hamas, also praised the resolution's defeat saying: "The Palestinian presidency will not allow for the condemnation of the national Palestinian struggle."

Saudi Arabia's UN Ambassador Abdallah Al-Mouallimi said the U.S. resolution would "undermine the two-state solution which we aspire to." He said it would also turn attention away from Israel's "occupation" of Palestinian territories.

Meanwhile, Israeli Prime Minister Benjamin Netanyahu thanked the "large majority" of countries "that took a stance against Hamas" for the first time in history, calling it "an important achievement for the United States and Israel."

After the US draft on Hamas failed, the UN overwhelmingly approved an Irish resolution by a vote of 156-6, with 12 abstentions.

The counter-resolution calls for "the achievement, without delay" of lasting Mideast peace on the basis of previous UN resolutions. It condemns Israeli homes in the West Bank and reaffirms "unwavering support ... for the two-state solution of Israel and Palestine, living side by side in peace and security within recognized borders, based on the pre-1967 borders."

Haley criticized the United Nations for having an anti-Israel bias, pointing out that "over the years, the UN has voted to condemn Israel over 500 times."

She stressed the fact that Hamas' charter "openly calls for the destruction of Israel" and uses a long list of "barbaric terrorist tactics including suicide bombers and thousands of rockets, flaming kites and balloons.

Haley also called condemnation of Hamas "an essential step" to a peace settlement. 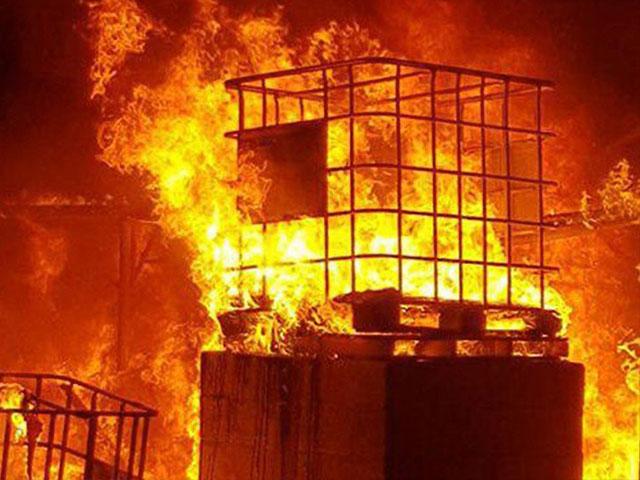