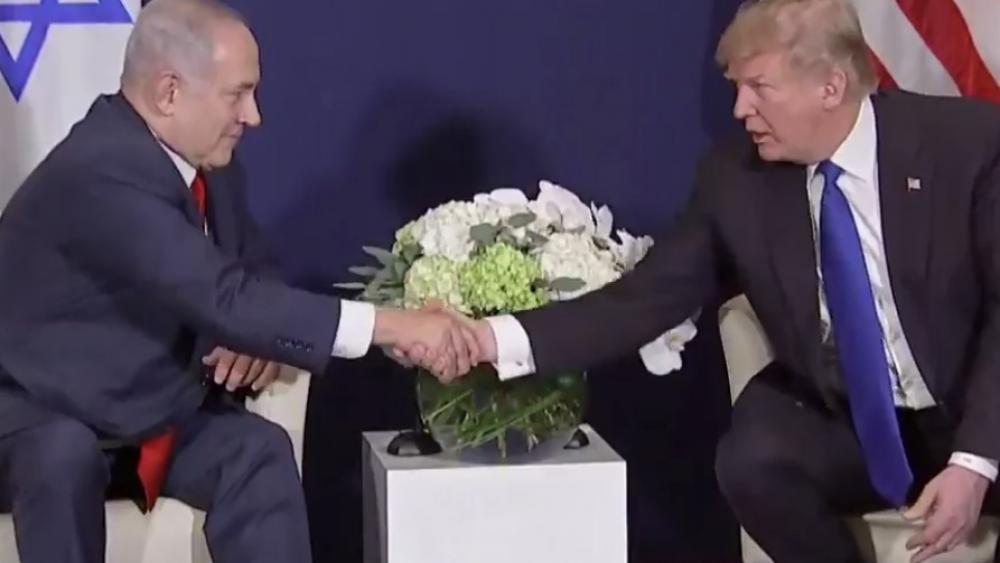 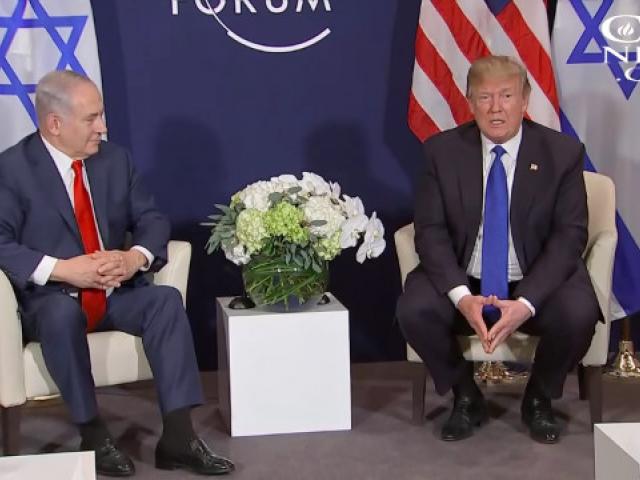 No Peace Talks, No Money: Trump Arrives in Davos with a Warning for the P.A.

President Donald Trump arrived in Davos, Switzerland, Thursday where he acknowledged Israel will likely pay a price for his decision to recognize Jerusalem as Israel's capital.

"Jerusalem, you couldn't ever get past Jerusalem so when people said I set it back, I didn't set it back," President Trump said. "I helped it because by taking it off the table  – that was the toughest issue  – and Israel will pay for that."

"You won one point and you'll give up some points later on in negotiations if it ever takes place. I don't know if it ever will take place," he added.

Trump's statements contradict a senior White House official traveling with Vice President Mike Pence in the Middle East who said the move to recognize Jerusalem as Israel's capital was not intended to get a concession out of Israel or meant to be a negotiating tactic in the peace process.

Regarding Pence, Trump criticized Palestinian Authority President Mahmoud Abbas for not meeting with the vice president during his trip to Israel.

"They disrespected us by not allowing our VP to see them. The money is not going to them unless they sit down and negotiate peace," said Trump, who is in Davos. Switzerland, to attend the World Economic Forum.

The Palestinians are angry with the White House after Trump recognized Jerusalem as Israel's capital with plans to move the US Embassy there by the end of next year.

"There were never any deals that came close 'cause we couldn't get past Jerusalem," said Trump. "We took Jerusalem off the table so we don't have to talk about it anymore."

Abbas aide Nabil Abu Rdeneh insists Palestinians are "ready to engage in negotiations" and committed to a peace process "based on a Palestinian state with east Jerusalem as capital."

Meanwhile, Trump also met with Prime Minister Benjamin Netanyahu, who praised Trump's decision to move the US Embassy from Tel Aviv, adding that the US-Israel alliance has never been stronger.

"This is historic decision that will be forever etched in the heart of our people for generation to come," said Netanyahu. "I say it pushes peace forward."

Trump said, "Israel has always supported the United States, so what I did for Jerusalem was my honor. Israel wants to make peace and I hope the Palestinians want to make peace."

Trump is the first sitting president to attend the summit in 18 years, following Bill Clinton in 2000.