'This Is the Bible that Jesus Read': New 'Israel Bible' Draws Christians and Jews Alike 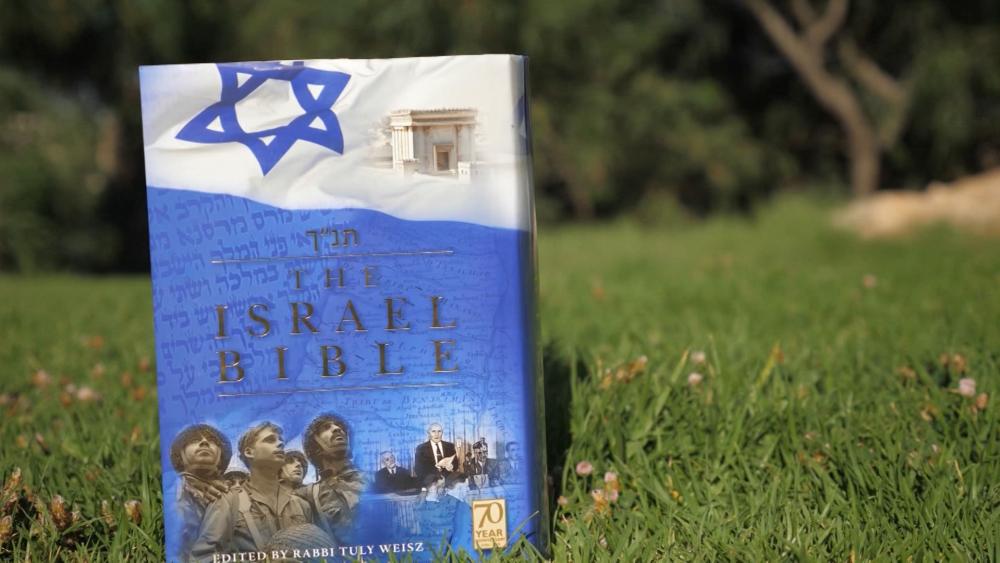 JERUSALEM, Israel – The Bible is the best selling book of all time and still going strong. The latest version just hit number one on Amazon, and it's designed to appeal to both Christians and Jews.

Rabbi Tuly Weisz saw Israel's 70th anniversary as a great opportunity to publish a special version of the Bible.

"The Israel Bible is the only Bible that's exclusively dedicated to the Land of Israel, the people of Israel and the God of Israel," Weisz told CBN News.

"The Bible has had such a great impact on civilization; yet it's also been the greatest source of friction and division between Jews and Christians, who both claim to love the Bible," Weisz, director of Israel365, explained. "So now the vision of the Israel Bible is that we're going to have the opportunity to use the Bible as a source of unity between Jews and Christians and everybody who loves the Bible."

READ: 'This is Not Mythology': Archaeologists Dig Up the Bible at Ancient City of Shiloh

CBN News asked Weisz why Christians would want to read a Bible that doesn't include the New Testament.

"I think there's another aspect as well," he said. "The prophets talked about how Isaiah says in the future, in the end of days, the non-Jews are going to say to the Jewish people, teach us the Torah. Teach us the Bible."

The Israel Bible comes with special features in its 929 chapters.

"Number one is that it opens in the way and in the format of a Hebrew book. It opens backwards (or from right to left). A lot of our customers are saying hey, wait a minute, my Bible opens backwards. It's not a mistake, we did it on purpose," Weisz explained.

"All of the verses about Israel have been highlighted and transliterated so anybody can actually read the Hebrew for themselves. And then on the bottom of every chapter we have study notes," he added.

Weisz feels that this version comes at an important time because of inaccurate criticism directed at Israel.

"More than any other time in history, the world's eyes are focused on Israel. You have world leaders who are saying that Israel is occupying this land. And this Bible shows that we're not occupying. This is the Land God gave to us," he said.

"Everybody needs to be more educated, especially if you're confused, if you're not familiar what side to take – to be supportive of Israel, to be on the fence, to be anti-Israel – just read the Bible," he said.