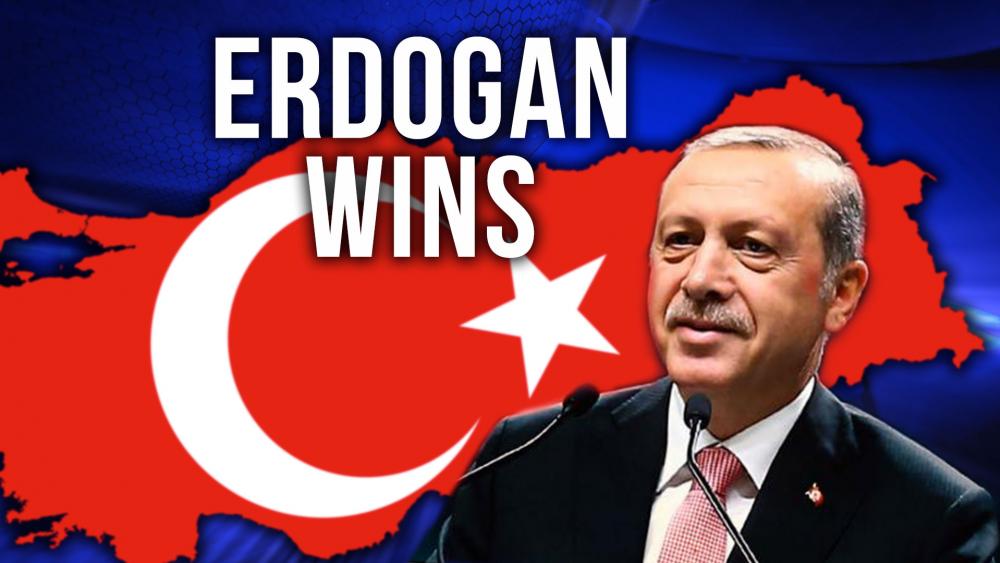 JERUSALEM, Israel – Turkish President Recep Tayyip Erdogan won a landmark victory in Sunday's national elections. Turkey's election commission said Erdogan's AKP Party and his allies won a majority of the votes and seats in parliament. His victory gives him unprecedented powers as Turkey's president, with some warning it could signal the end of democracy in Turkey.

Erdogan hailed his victory as a lesson on how democracy works. Yet the election abolished the office of prime minister, reduced the powers of parliament and ushered in a new executive presidency that gives Erdogan sweeping new authority.

The election represents a 15-year attempt by Erdogan to establish himself as the undisputed ruler of Turkey. Some believe Erdogan sees himself as the successor and rightful heir to the Islamic caliphs who once ruled much of the Islamic world.

"Erdogan has a vision, has a vision," Middle East expert Zvi Mazel told CBN News. "He is going to be the most important man, the influential man of the Middle East.  He would like maybe to be a caliph again. And I saw that; that's what I saw in the Turkish media."

Mazel says Turkey's new presidency is not like the US but is one that gives Erdogan a monopoly on power.

"He will be in charge of all the ministries and all the organizations in Turkey," he explained. "You see, there will not be a kind of check and balance – nothing. He is the only one who is going to decide… the results are confirmed, Erdogan will be from now on a real dictator."

Since a failed coup in 2016, Erdogan jailed thousands of his critics, including judges, teachers, civil servants, and journalists. This election gives him expanded powers over the legislature and judiciary and presents a major challenge to NATO and Israel.

"It's very grave," Mazel continued. "Not only that, he got from Russia, the S400 system, anti-missile system. And two days ago, he got the first F35 from the United States."

Political analyst Soli Ozel said, "The big question is whether or not there will be a new opening toward Turkey's western allies. A good test of that might very good [well] be the NATO summit that is coming in about two weeks' time in Brussels."

Erdogan's allies and enemies reveal his allegiances. He supports the Muslim Brotherhood and Hamas in Gaza. He compared Israel to Nazi Germany when Israeli troops defended their border, and he warned Austria of a war between the cross and the crescent after Austria closed seven mosques and deported 60 imams for spreading radical Islam. Some experts warn Erdogan is forming a fifth column inside Europe to spread radical Islam. 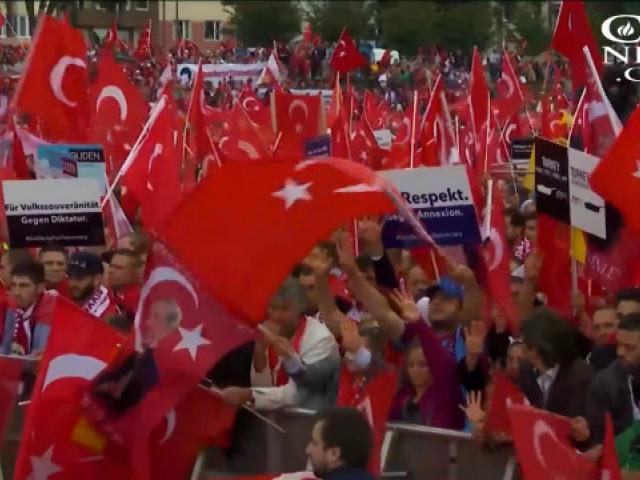