‘Trump is a Friend of Zion’ 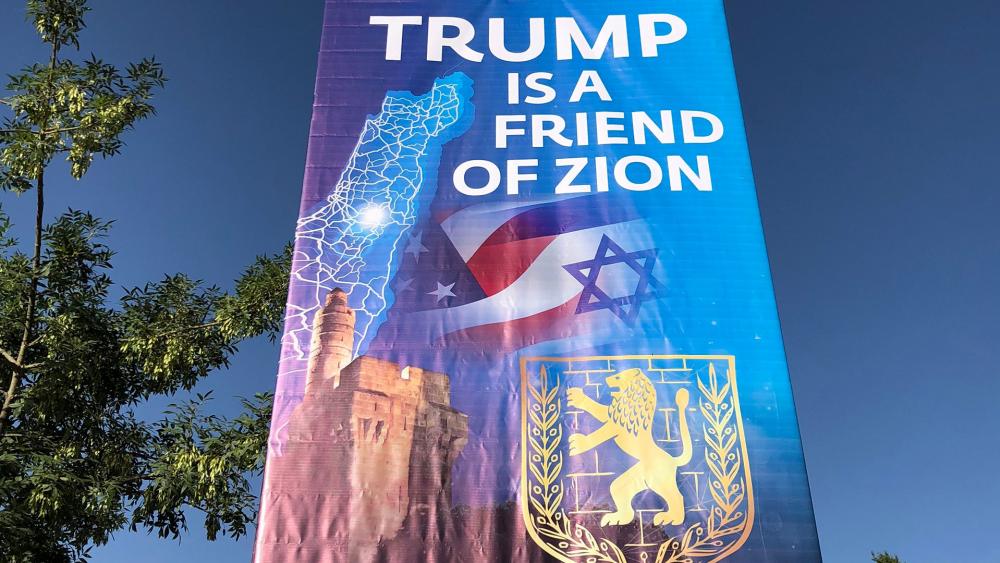 President Trump is a “Friend of Zion”.  That’s what banners say throughout Jerusalem ahead of the opening of the US Embassy in the Arnona neighborhood of the city.

For the last few weeks, city planners and workers have been sprucing up the neighborhood, cleaning, planting flowers and re-painting street markings. Two days ago, they planted a giant red, white and purple (blue) flower bed in the shape of the American flag.

By Friday morning huge banners were dotting the landscape declaring "Trump:  Make Israel Great" and "Trump is a Friend of Zion."  The banners come from the Friends of Zion Museum. https://www.fozmuseum.com/.

The Museum tells the unique history of Christian heroes who helped make the Jewish State possible.  They include men like U.S. President Harry S. Truman who recognized the nascent state of Israel just 11 minutes after David Ben Gurion declared Israel's independence on May 14th, 1948.

Another is Corrie Ten Boom, whose family rescued Jews during the Nazi occupation of Holland.  Her father and sister died at the hands of the Nazis because of their heroic stand against the evils of the Holocaust.

The visionary behind the museum is Michael Evans, a Christian Zionist who is also a member of President Donald Trump's Evangelical Advisory Board.  Evans is celebrating the bold stand of President Trump to recognize Jerusalem as the capital of Israel and now is moving the US Embassy from Tel Aviv to Jerusalem.

After President Trump recognized Jerusalem as the capital of Israel in December, FOZ put up other banners blessing Trump.

In an interview at the time, Evans told CBN News he believed that Trump’s recognition would “bring the blessing of God” on the United States.

The Countdown Begins: What to Know About the Opening of America's Embassy in Jerusalem
CBN News Email Updates