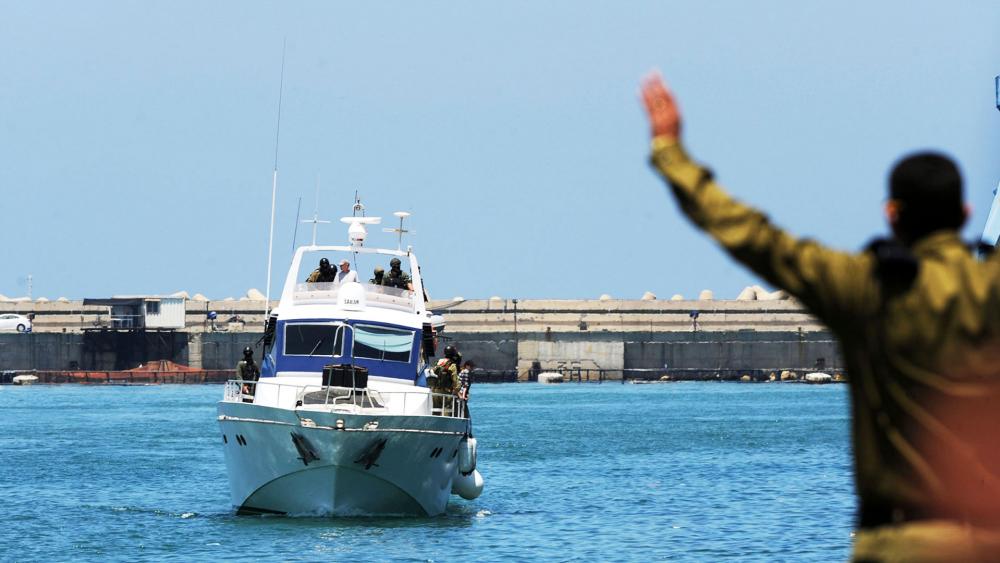 JERUSALEM, Israel – Those who've been following the situation in Sweden – and quite a few other countries in Europe – know that Muslim immigrants are succeeding to a very great extent in imposing Islam on the Swedish people.

The government, which espouses multiculturalism, vigorously denies any connection between rising crime and its immigrant population. That, despite the fact that Swedish police deem some immigrant neighborhoods in the nation's cities "no go zones," too dangerous to enter.

A recent analysis by political analysist Judith Bergman, entitled "Sweden in Free Fall," describes the difficult situations the government, security forces and the people themselves face on a nearly daily basis.

"It increasingly appears that it will be Sweden that integrates into Islamic culture," Bergman writes.

Sweden is also home to the Freedom Flotilla Coalition, which makes no effort to hide its pro-Palestinian/anti-Israel agenda. The group has been hard at work since January planning its 2018 "freedom flotilla."

On April 30, Norway launched three vessels that will join the flotilla.

Israel's naval blockade of the Gaza Strip has prevented Iran – or any other country – from delivering weapons and ammunition to Hamas terrorists by sea.

Meanwhile on Tuesday, as Hamas sent thousands of men, women and children to breach the security fence at the border with Israel, their supporters in Sweden held a "solidarity ceremony" to mark the following day's launch. Both groups chose the day Palestinians mark the "nakba," the "catastrophe" they say befell them when Israel was re-established in 1948.

The Freedom Flotilla Coalition holds Israel – not Hamas – responsible for the deteriorating situation in Gaza. According to the group's website, the 'Palestine' will be the fourth boat to join the flotilla, with planned stops in Denmark, Germany and the Netherlands and crewed by "activists" from 20 countries.

In 2015, the coalition launched a three-vessel blockade-busting flotilla that did not achieve its goal outside of its highly honed anti-Israel publicity.

At the time, Israeli Prime Minister Benjamin Netanyahu described the flotillas as a "rape of the truth."

"If we learned anything from our history, anything, it's that when you recognize a clear and present danger, don't sit on your hands, and for God's sake, don't keep your mouth shut," Netanyahu told participants at a Jewish Agency Assembly in Tel Aviv that year.

Five years earlier, on May 31, 2010, Israeli Arab Knesset member Haneen Zoabi joined about 40 pro-Palestinian activists aboard the Turkish flagship Mavi Marmara. (Zoabi's spokeswoman, Yehudit Ilani, plans to join the 2018 flotilla, the Jerusalem Post reported. According to the report, Ilani sailed with a 2016 "women's flotilla, but left early for "logistical reasons.")

When the ship's captain refused to change course and sail to Ashdod instead of Gaza, Israeli naval commandos attempting to board the ship to dialogue with the captain were attacked with knives, stun grenades, chains and metal pipes as they touched down on deck.

Armed with paintball guns to subdue the demonstrators, if necessary, the commandos eventually received permission to use live ammunition to defend their lives. Nine activists were killed in the confrontation, sparking a diplomatic war with Turkey that lasted several years.

Turkey's Islamist President Recep Tayyip Erdogan, a staunch supporter of Hamas and the Muslim Brotherhood, expelled Israel's ambassador this week, subjecting him to humiliating searches before he boarded his flight home.