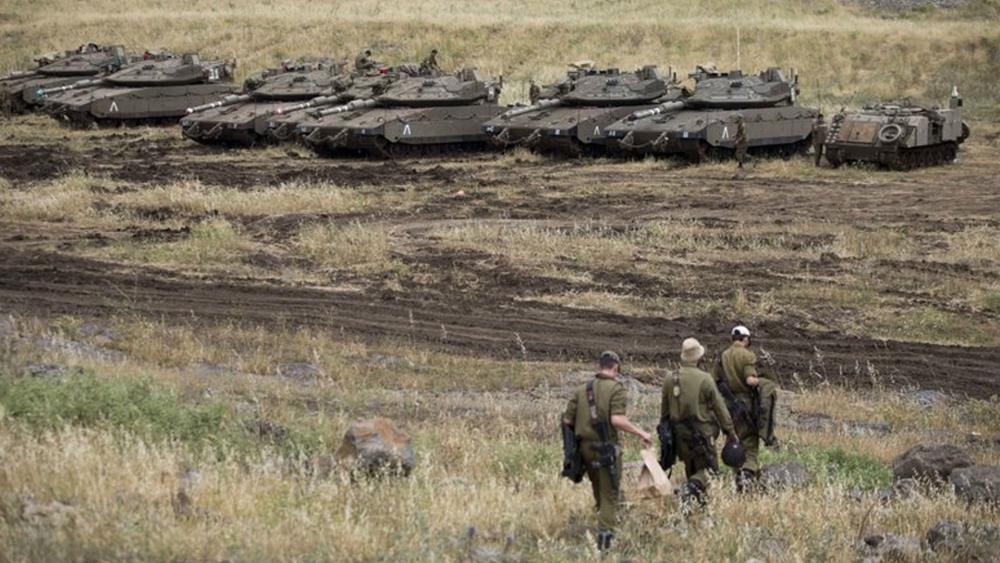 UN Secretary-General Antonio Guterres is demanding an immediate cessation of all hostilities to avoid "a new conflagration" in the Middle East.

The UN chief's words come after Israeli forces were forced to defend the Golan Heights against attacks from the Iranian Quds Force based in Syria.

"They sent 20 rockets from an Iranian vehicle, a multi-barrel vehicle, which were targeting the IDF [Israel Defense Forces]  positions that you can see here, the first line of IDF positions on the Golan Heights," IDF Spokesman Lt. Col. Jonathan Conricus described the attack.

"Twenty rockets were fired," he noted. "Four of them were on a trajectory to hit IDF positions. They were intercepted by the Iron Dome system, and the rest fell short inside Syrian territory."

Israeli officials, however, are making it clear that Iran – not Israel – is the aggressor.

"The Iranians tried to attack Israel's sovereign territory," Israeli Defense Minister Avigdor Lieberman charged. "No Iranian missile hit Israeli territory. All fell in Syria or were intercepted by the Iron Dome. No one was hurt; no structure or infrastructure was damaged."

Speaking at a security conference Thursday morning, Lieberman had this warning for the Iranians.

"They need to remember the saying that if it rains on us, it'll storm on them," Lieberman said. "I hope we've finished this episode and everyone understood."

Meanwhile, during a visit to Israel's Golan Heights Friday, Lieberman called on Syrian President Bashar al-Assad to "throw the Iranians out" of his country.

"I will take advantage of this opportunity to send a message to Assad: Throw the Iranians, Qassem Suleimani  [a Revolutionary Guards chief]  and the Quds Forces out of your country," Liberman said.

"They are not acting in your interest; they are only hurting you. Their whole presence only brings problems and destruction," he warned. "Expel the Iranians and then maybe it will be possible for life here to return to normal."