Builder of Noah's Ark Replica Hopes to Sail it to Israel 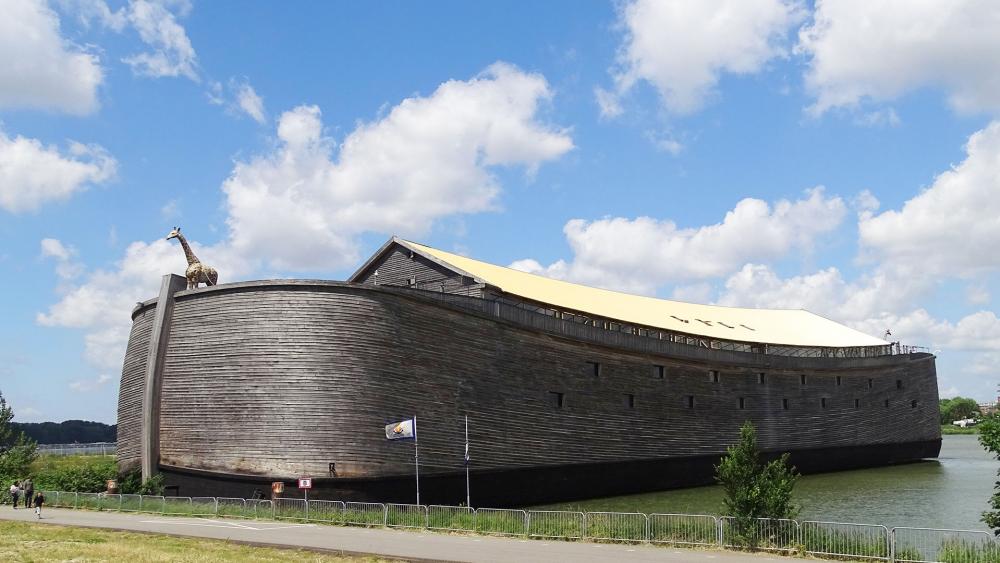 Huibers completed the four-year project – built to the exact specifications in Genesis 6 – in 2012, raising the $5 million needed for its construction. He had hoped to sail it to Israel not long after its completion, but Israel was dealing with massive wildfires at the time so the plan was postponed.

Though the ark quickly became a popular tourist attraction in southern Holland along the Maas River, Huibers says it belongs in Israel.

"My preferred destination for the ark is Israel," he told JTA. "I love the land, I love the country, I love the people."

Huibers said he believes the Bible verbatim, that is, word for word.

"It may sound scary, but I believe everything written in this book, cover to cover," he told JTA, pointing to a Dutch translation of the Hebrew Bible. "This [the ark] is a copy of God's ship. It only makes sense to take it to God's land."

According to the report, Huibers needs to raise $1.3 million to hire tugboats for the voyage because the ark has no motor of its own. Earlier, he'd considered sailing it to Brazil, but those plans didn't materialize.

The 60-year-old businessman, who made his fortune building storage units, told JTA he got the idea in 1993 after reading a story about Noah to his children.

"We had a butcher, a hairdresser and a teacher working here," he said, definitely not professional boat makers.

Huibers hopes his replica of Noah's Ark will help people understand that God is real, "to show people that God exists." He says we're living in the end times though many people aren't aware of it.

Born five years after the North Sea flood in 1959, which killed some 2,000 people, Huibers believes there will be more flooding in the future, but that's not why he built it.

"Maybe it will, who knows, but my survival is not its purpose," he said. Rather it's meant to educate people and strengthen their belief in God.