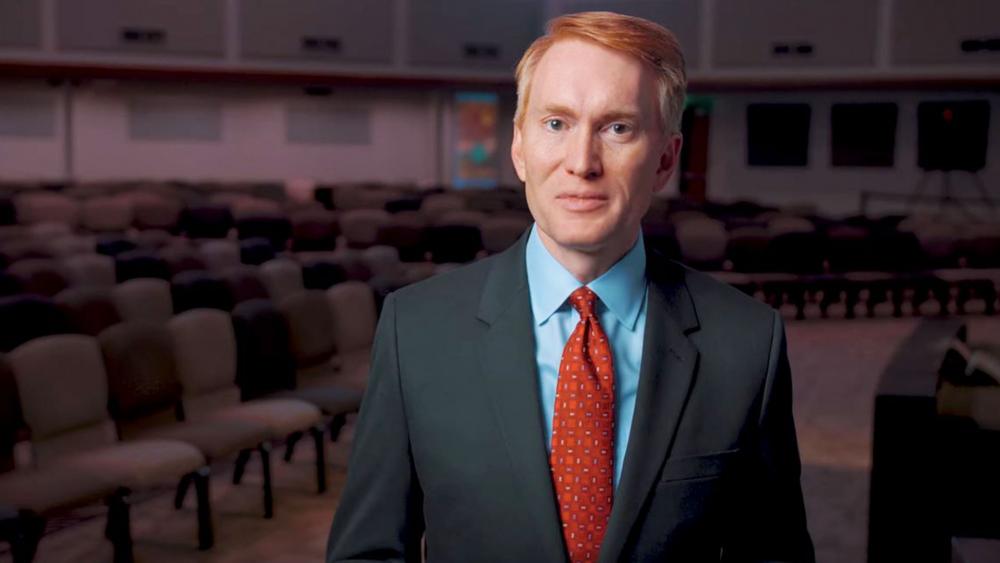 JERUSALEM, Israel – Oklahoma Republican Senator James Lankford has sponsored a bill he hopes will change the distribution of financial aid to Palestinian "refugees" living in UNRWA-run camps in Israel, Jordan, Syria and Lebanon.

An explanation of the legislation posted on his website  requires UNRWA (United Nations Relief and Works Agency) to follow international standards defining refugee status rather than its current policy of granting lifetime refugee status to descendants of Arabs who left during the 1948 War of Independence.

Lankford said the US does not endorse the concept of granting descendants of refugees, now numbering five million, the right of return to Israel, an issue that's been raised by the Trump administration and US Ambassador to the United Nations Nikki Haley.

US Ambassador to Israel David Friedman said the administration has "slayed the sacred cow of the calcified thinking that has held back progress on the Palestinian front," the Jerusalem Post reported earlier this week.

"Since 1994, the United States has thrown more than $10 billion in humanitarian aid to Palestinians," Friedman told his guests at a pre-holiday reception at his home in Herzliya.

"Without minimizing the importance of medical treatment and quality education for children – and we don't, not even for a minute – we found that these expenditures were bringing the region no closer to peace or stability, not even by a millimeter. To spend hard-earned taxpayer dollars to fund stipends to terrorists and their families, to expend funds to perpetuate rather than mitigate refugee status, and to finance hate-filled textbooks – I ask you, how does that provide value to the United States or the region?" the Post quoted him.

If UNRWA refuses to change its policies, the bill provides paths for international donors to redirect their funds to programs that will help the residents of these camps, Lankford explains.

"American assistance to the Palestinians is an important component of our nation's engagement in the Middle East, and this bill reinforces that reality," Lankford explained on his website. "We are currently funding an entity that has ensured that a refugee population of several hundreds of thousands 70 years ago has exploded to more than 5 million."

He continued. "This is not sustainable for American taxpayers who are asked to finance the welfare of these individuals, for the Palestinians themselves, or for the Israelis. UNRWA's methodology strains regional tensions more each generation as it increases rather than decreases the number of refugees in the region of Jewish Israelis who, by being registered as 'Palestine refugees' with UNRWA, may be wrongfully implied as having an internationally sanctioned right to return to Israel."

Lankford said a visit last year to an UNRWA facility drove home the need for change.

"I saw firsthand during my visit to an UNRWA refugee camp in the West Bank last year how Palestinians living in these camps face discrimination, joblessness, and hopelessness, and are pressured to remain in these camps to present a false narrative to the rest of the world that Palestinians are suffering at the hands of Israel and the US," he said.

"It makes no sense for the international community to continue to support 'refugee' camps in areas like the West Bank, which is thought to be the putative homeland of a future Palestinian state. Clearly, there is an effort to create a narrative—both to the world and to the Palestinians themselves – that Palestinians living in the West Bank and Gaza must relocate to Israel.

"In light of these circumstances, I have introduced this bill to provide more direct and useful assistance to the Palestinians and to de-politicize American funding for Palestinian aid. This isn't about cutting funding for aid to the Palestinians; it's about providing foreign aid the right way so people's lives are actually improved and American interests secured. UNRWA is a barrier to peace, and it must be reformed," he said, adding that "If it cannot reform, the US should find other ways to help the Palestinian people access education, jobs, and healthcare. Millions of Palestinians grow up without hope, it is time for that to change."