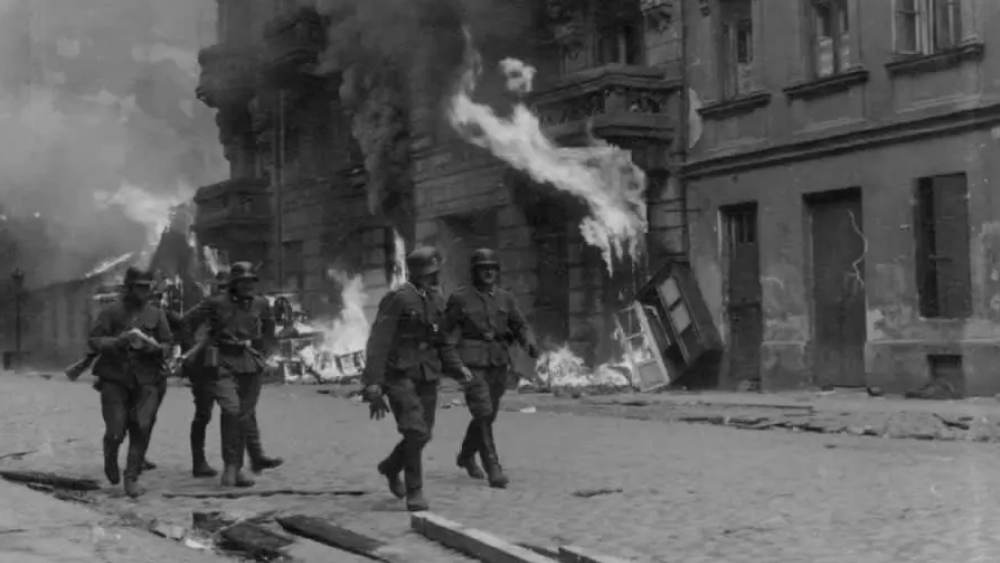 For the first time in 76 years, Jews will hold a Passover Seder in the Warsaw Ghetto.

The Warsaw ghetto was the largest of all Jewish ghettos in Nazi-occupied Europe during World War II. For thousands of Jews, it was the last place they ever saw before being shipped off to Nazi concentration and death camps.

On April 19, 1943, the eve of Passover, Jewish rebels living in the Warsaw ghetto rose up against their Nazi tormentors. At least 56,065 Jews were killed on the spot or deported.

This year, April 19th will have a new meaning for the families of Holocaust survivors. One hundred Jewish families will celebrate Passover, the holiday of redemption, together in what is left of the Warsaw ghetto.

Rabbi Shalom Ber Stambler, Chief Rabbi of Chabad-Poland, is hosting a special Passover Seder that will families from Israel, Europe, and the US.

According to Arutz Sheva, Sharon Ben-Shem will travel from Israel to remember her aunt and other relatives who perished in the ghetto.

"Child prodigy Josima Feldschuh, the celebrated young pianist of the Warsaw Ghetto, was my aunt," Ben Shem said. "She perished on April 21, 1943 shortly before her fourteenth birthday, while in hiding. Her very last meal took place the prior evening—the seder night of 1943! This year, we will be joining the seder in Poland together with her family—her brother (my father) and sister (my aunt) and I (her niece). We will be in Warsaw, in the seder night, in her city, precisely on the day that she passed away."

"Warsaw was also home to my grandmother's immediate and extended family. It is deeply meaningful to us to be celebrating this festival of Passover together as free Jews in a place where so many, including our own family, perished tragically."

The seder dinner will be broken up into three groups led in three different languages—Polish, Hebrew and English. Toward the end of the night, the three groups will merge and conclude the seder as one.

Rabbi Shalom Ber Stambler views the seder as a symbol of Jews' victory over anti-Semitism.

"It is very significant for us to be celebrating Jewish holidays, and particularly the seder night, which symbolizes Jewish freedom and the day that we united as a nation, in a place that not long ago others sought to destroy us," he said. "Throughout the ages, the Jewish people have been oppressed by many nations, yet we have always emerged triumphant!"