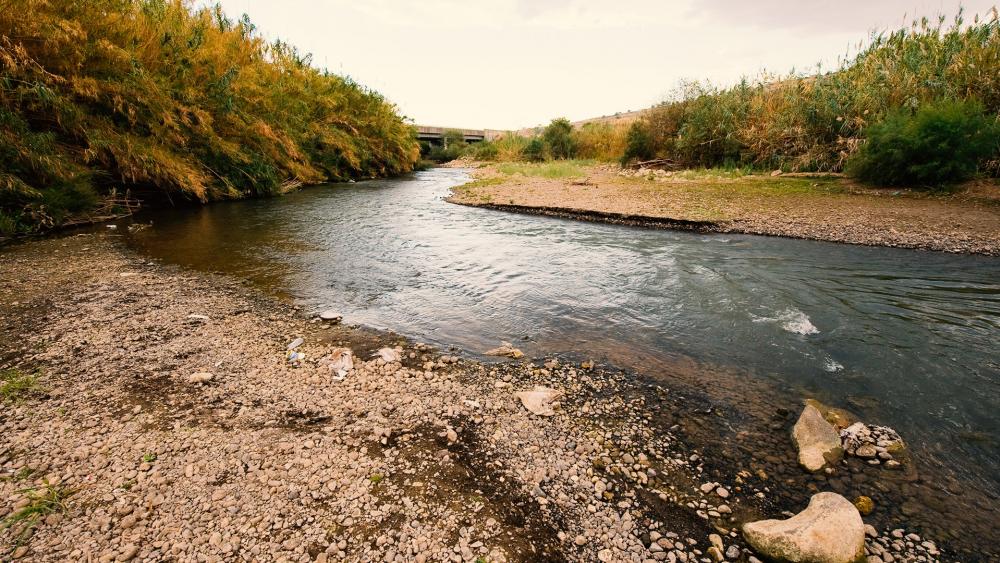 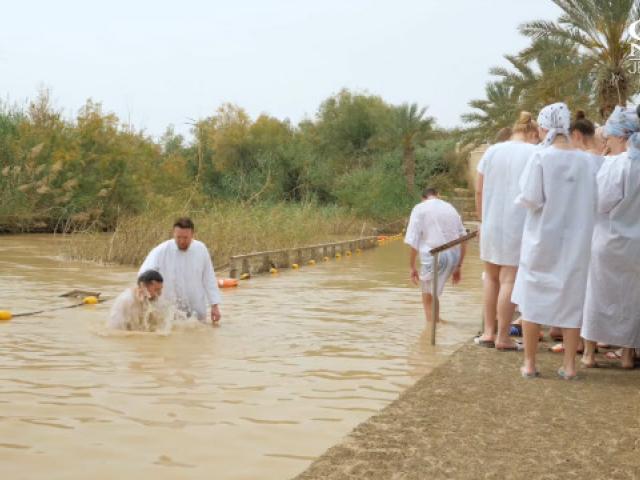 QASR EL JEHUD - Christians from all over the world come to Israel during holy week.  One of the main sites they visit is an area where many believe John the Baptist baptized Jesus Christ.

For Christians being baptized in the Jordan River is a profound spiritual experience.

“This is my dream and Jesus was baptized here and I think and I believe that this river is blessed,” Eyerusalem Ayakew told CBN News.

The site is called Qasr el Yahud, ***on the border with Jordan near the north end of the Dead Sea.***.  Israel developed this site for Christian pilgrims and now about three-quarters of a million people visit here each year.  While there’s no proof this is the exact location of the baptism of Jesus, it remains a special place.

“I read the Bible.  I preach the Bible and for us to be here and actually experience it first hand, it sort of underscores and affirms what they hear week after week as we present God’s Word to the people,” said Pastor Steve McCraken from Grace Pointe Community Chapel.

This area is also believed to be the place where Elijah the prophet ascended into heaven in a fiery chariot and where the children of Israel crossed over into the Promised Land.

Tour guide Ben David Katriel gave two reasons why this might be the area Joshua brought the Israelites on their way to Jericho.

“There are passages in the Jordan, places that are easier to pass.  That never changes, that’s topography.  But except that we have Jericho there is no argument about the location of Jericho,” he explained.

Ret. Gen. Uzi Dayan says the Jewish people returned here from Egypt more than three thousand years ago.  Three millennia later, Jews are still returning to the land of Israel, where you can see biblical prophecies come to life.

“Actually, this is the first Aliya that took place,” he said. This is a combination where the Bible or the stories of the Bible meet.”

Pastor McCraken encourages other Christians to visit the Jordan river.

“Come.  Make this part of your plans because this will enrich your faith and deepen your devotion to Jesus, which is what it’s all about.”

For many, it’s especially meaningful just before the celebration of the resurrection of Jesus Christ.