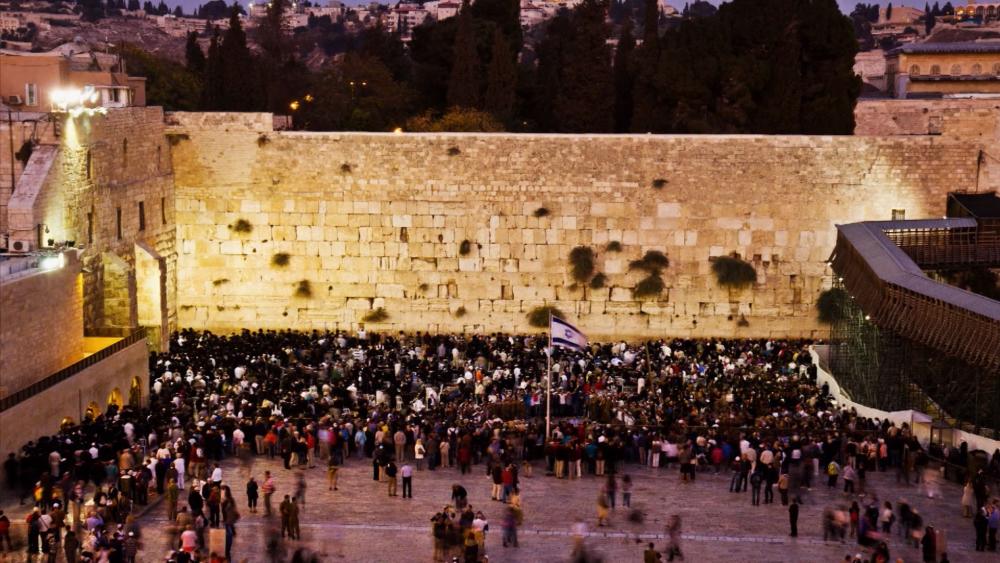 A Holocaust survivor has marked her 104th birthday by achieving a life-long dream of visiting the Western Wall, with her enormous extended family in tow.

Shoshana Ovitz, who survived the Auschwitz concentration camp some 74 years ago, was pictured at the holy Jewish site surrounded by 400 of her descendants including children, grandchildren and great-grandchildren.

The best thing you will see on Twitter today. Period.
A 104 year old woman who survived Auschwitz had one birthday wish. She wished for all of her descendants to take a picture together at the Kotel (Western Wall). She got her wish.
Via @DovidRosmanpic.twitter.com/tkJOPPDUDX

According to her grandson, after arriving at the death camp aged 30, Ovitz remembers the horrifying moment her mother was torn away and ordered to go with Josef Mengele, the sick Nazi doctor who performed gruesome medical experiments on Jewish prisoners. That was the last time she ever saw her mom.

The descendants of a 104 year old women who survived Auschwitz. Her birthday wish was for all her descendants to take a picture at the Kotel pic.twitter.com/M4bIqjKR1k

Staggeringly, the brave and stoic woman managed to survive the camp, which facilitated the murder of over one million Jews.

Survival to Triumph: Shoshana Ovitz, survived #Auschwitz. She witnessed Mengele take her mother. After the war, she married Dov who lost his wife & children in the #ConcentrationCamps. She celebrated her 104th birthday by asking all her offspring to join her at the #WesternWall. pic.twitter.com/1zJU1wOwHX

“After the war, she met Grandpa Dov, who lost his wife and four daughters in the camps. They got married and went to Haifa,” explained her grandson, Meir Rosenstein, according to Israel National News. “She worked as a seamstress and helped him run the chicken shop. Now Grandma celebrated her 104th birthday and asked for a gift: That all her descendants come together to the Western Wall.”

One of the granddaughter’s Panini Friedman admitted that it “wasn’t a simple thing,” to organize such a massive event. “There are probably 400 grandchildren and descendants,” she added to Israeli outlet, Walla, noting that this still didn’t cover everyone in the extended family unit. “We’re missing about 10% of them” she added.

The gathering, Friedman said, was a wonderful demonstration of victory over the Nazi’s. “Everyone was there with tears in their eyes,” she said. “It was very emotional.”