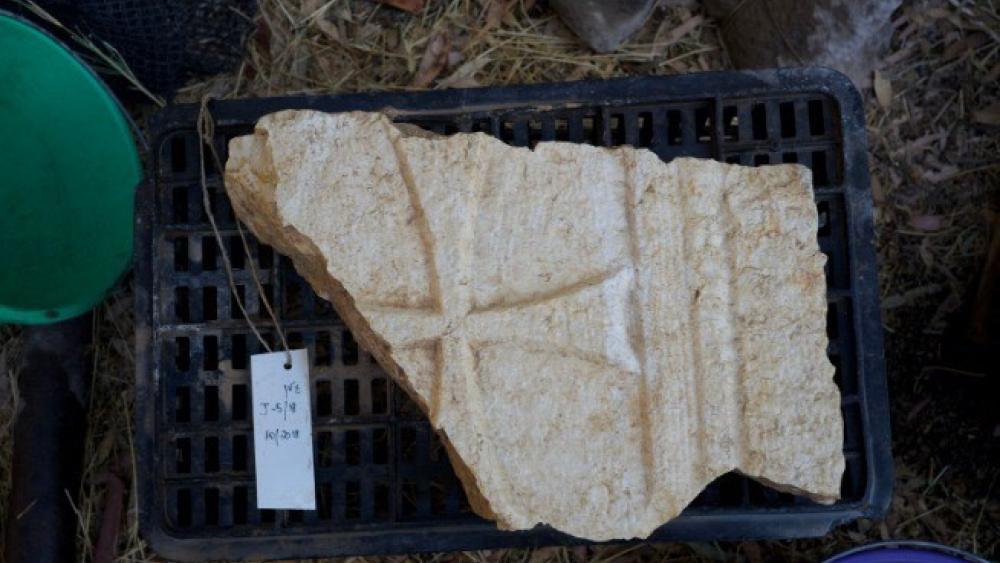 JERUSALEM, Israel - Archaeologists say they have likely found the Church of the Apostles in ancient Bethsaida, which is believed to have been built over the home of Jesus' disciples Peter and Andrew.

Kineret College archaeologist Dr. Mordechai Aviam has been leading the excavation on the northern shore of the Sea of Galilee for years.

"Last year we discussed the possibility there was a church there because we have tesserae (small glass blocks) from a mosaic floor, and we have pieces of marble and roof tiles. We knew there was a church but we didn't have it -- now we have it," Dr. Aviam told CBN News.

Aviam's team of archaeologists discovered the southern wall of the church and more well-preserved mosaic flooring.

"Now we can clearly say that we have the church in hand," he explained.

For years, archaeologists searched for the Church of the Apostles and the ancient Jewish fishing village of Bethsaida, which later became the Roman city of Julias.

"Now what is the city of Julias? We were talking about Bethsaida!" Aviam told CBN News in 2017. "Josephus Flavius, the Jewish historian in the first century, tells us that King Phillip, the son of Herod the Great, who ruled from there to the Golan, toward Damascus – ruled this area – decided to upgrade the village of Bethsaida and to make it a polis [city], by the name of Julias, after the daughter of Emperor Augustus."

This year, Aviam found Roman homes in the area.

CBN News reported in 2017 that Aviam's team had found a Roman bath and coins, further indicating that this site was once a thriving Roman city.

He also pointed to a document from a Christian pilgrim referring to the Church of the Apostles is in Bethsaida.

"There is a document from a visitor from the end of the 7th century AD, a Christian pilgrim, [which]   says that after he left Capernaum, he arrived to Bethsaida, and there is a church for the apostles, Peter and Andrew," Aviam explained. "So for the Christians in the sixth, seventh, [and]   eighth century it was still called Bethsaida, although there was nothing here but a church dedicated to [Peter and Andrew] . It was identified and a church was built."

Archaeologists will continue digging at the site for years to come.