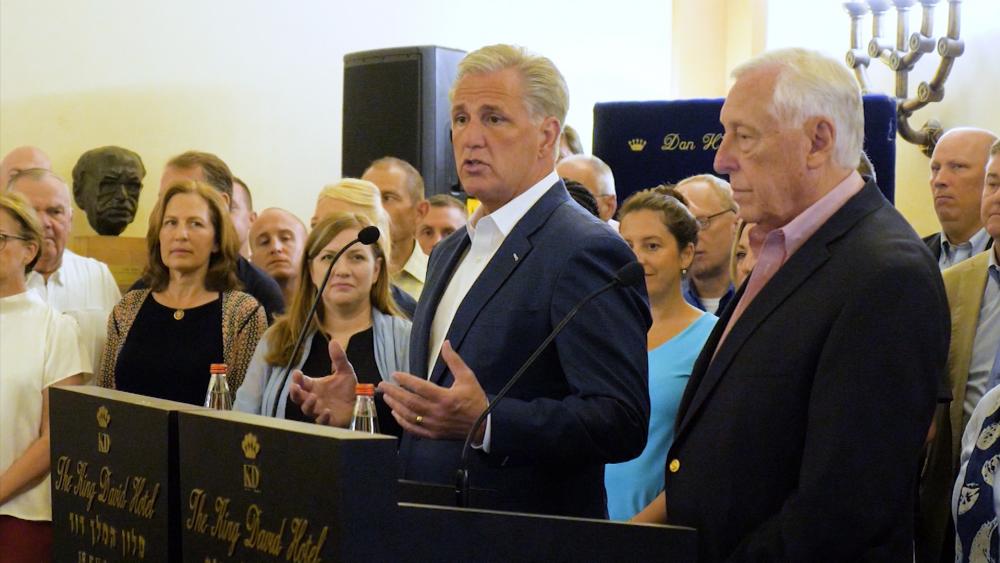 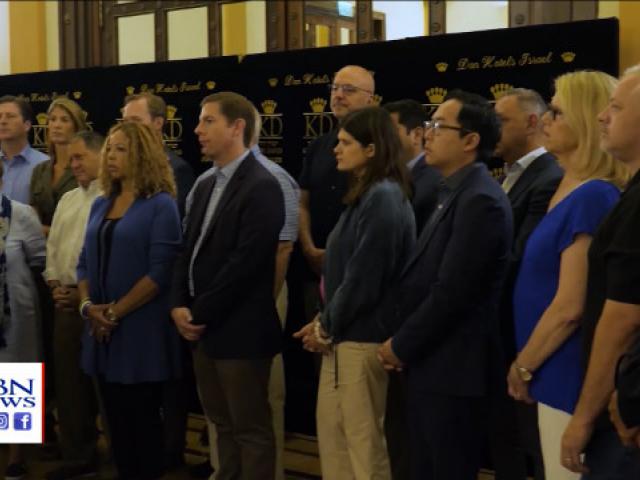 JERUSALEM, Israel – The largest-ever bi-partisan delegation from the US House of Representatives came to visit Israel and presented a unified voice on Israel.  But the visit came in the light of some outspoken congresswomen who chose not to join the delegation.

Those notably missing from the delegation were congresswomen Rashida Tlaib, Ilhan Omar, Ayanna Pressley and Alexandria Ocasio-Cortez otherwise known as “The Squad.”  All have been outspoken against Israel.

“I can’t stand by and watch this attack on our freedom of speech and the right to boycott the racist policies of the government of and the state of Israel … Americans boycotted Nazi Germany in response to dehumanization, imprisonment and genocide of Jewish people,” she said.

Because of recent comments by Tlaib and Omar, it appears the US State Department revised its definition of anti-Semitism that now includes “drawing comparisons of contemporary Israeli policy to that of the Nazis.”

“I think if they do that, they’d have a better understanding and better support for the interests of both the Israelis and the Palestinian people, “Hoyer told journalists at a press conference.

“Anyone who comes with open ears, open eyes and an open mind will walk away and have an understanding just as all these members do that this bond is unbreakable,” added McCarthy.

Despite their differences, the two leaders agree that – on the whole – the two parties stand together on their support for Israel and the need to understand the challenges faced by the Jewish State.

“Seventy-two members of Congress united in strong and unwavering support for the State of Israel, its success, its sovereignty and it’s security,” Hoyer said.

Hoyer and Mccarthy spoke of a recently passed House bill which openly condemned the BDS movement and compared it to antisemitism.

The delegation met with Israeli and Palestinian leaders and discussed Iran, Israel’s thriving start-up economy, and a two-state solution.

Hoyer said he did not “hear anything new” from Palestinian President Mahmoud Abbas.

“He indicated that he was prepared to sit down and negotiate without preconditions. Then he referenced a number of preconditions,” Hoyer said.

CBN News sat down for an exclusive interview with Minority Leader McCarthy.  Several years ago, he started bringing Democrat and Republican members together in Israel.

“I wanted to have some overlap because I don’t want the debate about Israel to be partisan,” he said. “And there seems so many times it’s happening especially in this new democratic party it’s becoming divided within the own democratic party.  So that’s why this is a very good time that we come together because we have no greater ally, no stronger bond than America with Israel.  Unfortunately, this new Democratic party is making this a real challenge.” 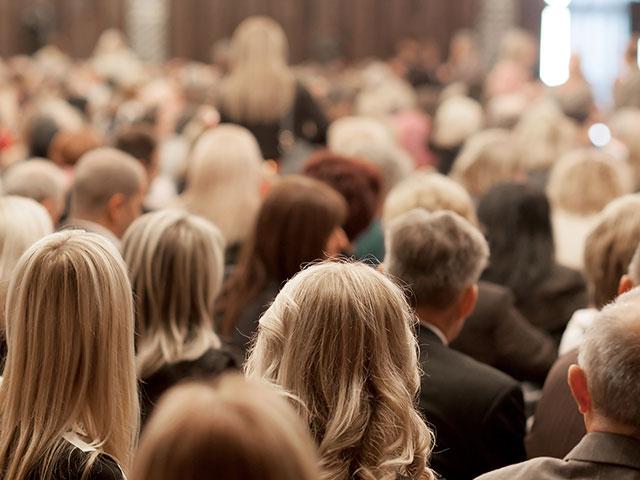