'The Creator of the Universe Will Not Allow Us to Be Driven from This Land': This Is Life on the Gaza Border 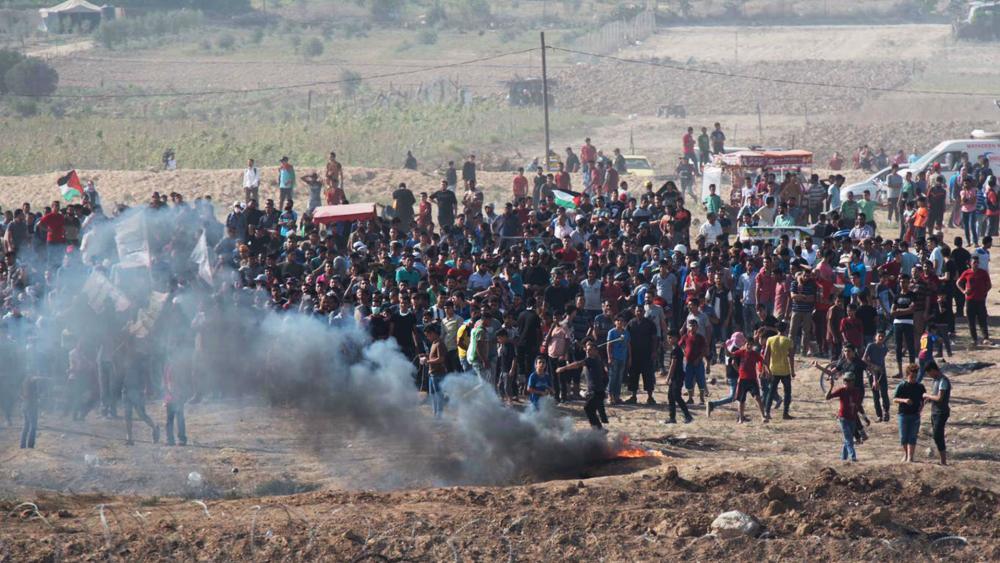 Fire, Rockets and So Much More: What it's Really Like to Live on the Gaza Border

GAZA BORDER, Israel - Rockets, firebombs, and tunnels along the border. Those images are what most of the world know about the Gaza Strip.  But what’s it really like to live there?

CBN’s Scott Ross met with Eliyahu McLean who lives and works in Israel along the border of the Hamas-controlled Gaza Strip.

McLean introduces visitors to this complicated situation by giving what he calls the “Gaza Border Reality Tour”.  He took Ross on the tour that provides a glimpse of the complexities of life from both sides of the border.

Ross met with McLean at Moshav Yoshivia, where McLean lives with his wife and children. It’s just seven miles from the Gaza border, in the direct line of rocket fire.

“Three weeks ago on the Sabbath, I was just finishing prayers here and I just walked home at 10:00 am and we hear Red Alert, Tzeva Adom, from this siren, and as soon as we heard Red Alert in our houses we have to run to a safe room,” McLean explained.

Hamas launched some 700 rockets at southern Israel that weekend.  McLean said they have only 10-15 seconds to run to their safe rooms.

“Why do you choose to live in this sort of an environment, (and) with a family?” Ross asked.

“First of all, all of Israel is under rocket threat,” McLean answered. “Many Israelis have discovered that this part of the Holy Land is actually quality of life. A few rockets don’t scare us.  We have faith in God – that God is going to protect us and this is sovereign Israel. If we’re going to run from here, we might as well run from Tel Aviv. We might as well run from wherever we are in Israel. The word here is resilience.”

McLean took Ross to the synagogue where he prays, showed him the Torah scrolls and introduced him to the neighbors.  When the situation is tense, he said, they sing and dance.

Not far from there is a public overlook into the northern third of the Gaza Strip, and on beyond is the Mediterranean Sea.  From there, you can see Gaza City, a city of one million people.  There are two million people in all of Gaza.

“That is a lot of humanity,” McLean said.

Standing along the international border, the Israeli town of Sderot is visible and just 45 miles up the coast is Israel’s second-largest city of Tel Aviv. It was also recently hit by rocket fire.

On the map of Gaza, McLean showed Ross the places where Israeli communities of Gush Katif were inside the Gaza Strip prior to the Disengagement.

“In 2005, then Israeli Prime Minister Ariel Sharon uprooted the 7,000 Israelis in about 23 communities,” McLean said.

“But the tragedy wasn’t just uprooting but they left behind all of the greenhouses that were top of the world and the Palestinians from Gaza who were working there, they could have maintained it but Hamas decided to destroy the greenhouses and use it as a launching pad to fire rockets. So, it’s a little bit of what you call shooting yourself in the foot,” he explained.

Hamas did the same thing with electricity.

“One of the ironies is that in the 2014 Gaza war, Hamas was firing rockets that destroyed that power station, which in fact supplies over 30 percent of the electricity to the same people that they live among. Isn’t that ridiculous,” he said.

“Certain elements of the leadership don’t take into account the needs of the simple people (that) aren’t necessarily those involved in the conflict,” he added.

Last year, Gazans had only four hours of electricity each day during the summer, which also creates problems for Israel.

“Recently the Israeli government even allowed money from a government called Qatar to revive the power stations, so now there are 12 hours a day of electricity.

“Why is electricity important in Gaza? First of all, it’s very hard in the heat of the summer or the cold of the winter to have no heating or to have or air conditioning.  If there’s no electricity the water treatment plants like last year will start pouring untreated sewage into the Mediterranean,” he explained.

“If untreated sewage from Gaza reaches there what would happen to our saltwater treatment plant? It’s pumping water from the Mediterranean,” he said.  The plant is meant to purify salt, not sewage, he added.

“We have to be concerned about what’s happening. We can’t just throw away the key. You see the dilemma Israel has? These days, even Hamas as extreme radical Islamist as they are, comparatively are the moderates.  If we topple them who will replace them?” he asked.

The most recent border attacks involve fire kites or balloons, with incendiary devices attached.  The idea is they’ll fly across the border and set fire to the agricultural fields and forests on the Israeli side.

“The unfortunate reality is that we’ve lost hundreds of thousands of dollars of agricultural produce.  We’ve had thousands and tens of thousands of acres of national parkland totally burned to the ground,” McLean said.

“Sometimes it’s in the form of balloons and you know it’s very hard to tell children, you see balloons in the sky, you want to run after it that there might be a warhead on the end of the balloon,” he said.

McLean said that he and others want to send kites back to Gaza with a message of peace.

The final stop on the Gaza Border Reality Tour was one of the fields burned by a kite or balloon just two weeks earlier.  Besides the agricultural losses, McLean said there’s a message.

“We’re (Palestinians) in essence going to burn what we can’t have for ourselves and also it’s a statement of desperation and that the people there are suffering under a leadership that’s squelching freedom on the other side of the border,” McLean said.

Despite all the attacks and challenges, McLean said he’s hopeful.

“The Creator of the universe, the God of Abraham, Isaac and Jacob will hear our prayer and not allow us to be driven from this land but to allow us to flourish in this land,” he said. “Our destiny is to live as neighbors, whether we like it or not we are neighbors.”