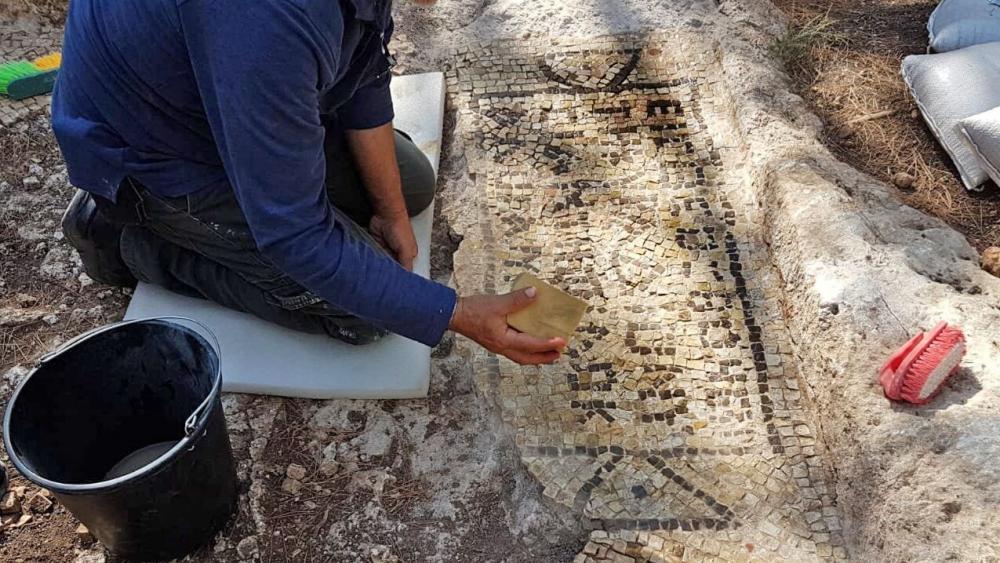 The Israel Antiquities Authority has unearthed the sprawling 1,600-year-old estate of a wealthy Samaritan man.

The estate was found at Zur Natan on the southern Sharon Plain and is believed to have been a part of an extensive Samaritan settlement in the area. During the excavation, researchers discovered a Greek inscription, which says: "Only God help the beautiful property of Master Adios, amen."

"The inscription was discovered in an impressive winepress that was apparently part of the agricultural estate of a wealthy individual called Adios. This is only the second such winepress discovered in Israel with a blessing inscription associated with the Samaritans. The first was discovered a few years ago in Apollonia near Herzliya," says Dr. Hagit Torge, director of the excavations on behalf of the Israel Antiquities Authority.

While researchers don't know much about Master Adios, Dr. Torge says the inscription proves he was an important part of the Samaritan community at the time.

"'Master'" was an honorific given to senior members of the community and attests to the high social standing of the owners of the estate," says Torge. "The location of the winepress is near the top of Tel Zur Natan, where remains of a Samaritan synagogue were found with another inscription, and reveals Adios' high status," she adds.

That synagogue is called the Zur Natan Samaritan synagogue and was transformed into a church in the sixth century.

A compound near the synagogue was found in previous years. It contains large rooms used to produce oil, wine, and flour.

The recent discovery and rare inscription is further evidence that Samaritans had a thriving community in the southern Sharon Plain during the Byzantine era.

The Samaritans originated from the ancient Hebrews in the Old Testament. The New Testament details multiple accounts of Jesus interacting with Samaritans. In Luke 17, Jesus heals ten lepers. The only one who thanked him was a Samaritan.

Jesus also encountered an adulterous Samaritan woman in John 4. He tells her he is the Messiah and many Samaritans in her area become followers of Jesus.