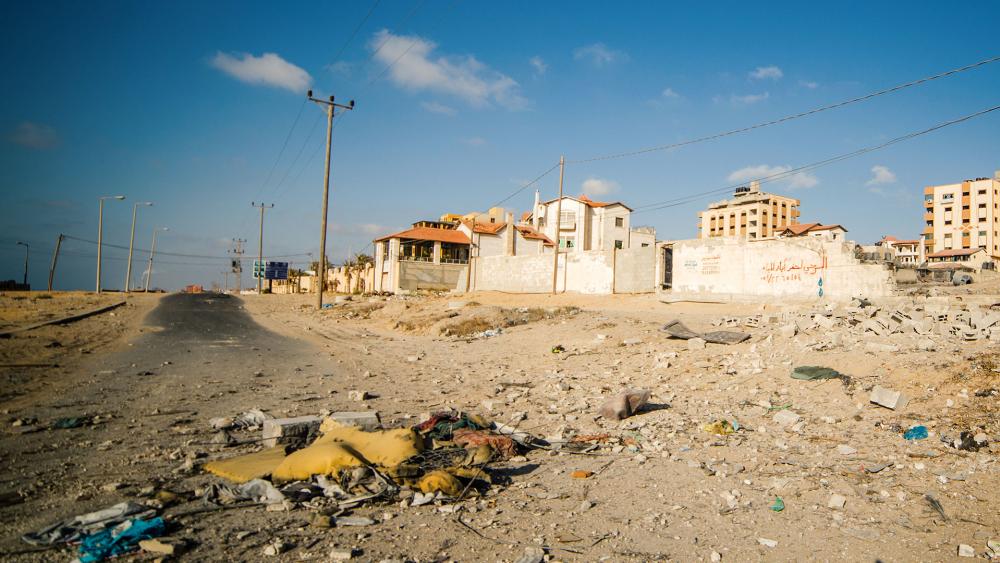 The Israeli Air Force destroyed a number of terror targets in a Hamas training camp on the Northern Gaza Strip Monday morning.

The attack was a direct response to a rocket launched toward southern Israel Sunday evening. The Iron Dome successfully intercepted the weapon over the city of Ashkelon.

"The IDF will continue to defend the citizens of the State of Israel and is determined to act against any terrorist act from the Gaza Strip," the army said in a statement, adding that it holds Hamas "responsible for all that takes place in the Gaza Strip."

On Sunday morning, Hamas sent a drone carrying explosive balloons into southern Israel. The bomb detonated in an open field and no injuries were reported.

"IDF attack helicopters struck two military positions belonging to the Hamas terrorist group in the Gaza Strip in response to the balloon-borne explosive device, which was launched by a model drone," the army said.

The Israel Defense Forces did not say who sent the explosive device into Israel, but the name of an engineering college in Gaza was printed on the side of the model drone.

The military encouraged all citizens to stay vigilant and report any suspicious objects.

This is not the first time Gazans have sent floating explosive devices across Israel's southern border. Since the "Great March of Return" In 2018, protesters have launched hundreds of incendiary kites and balloons into Israel. The devices have sparked fires that destroyed livestock, crops, and thousands of acres of land in Israel.

Israeli officials say the fires have caused millions of shekels in damages.