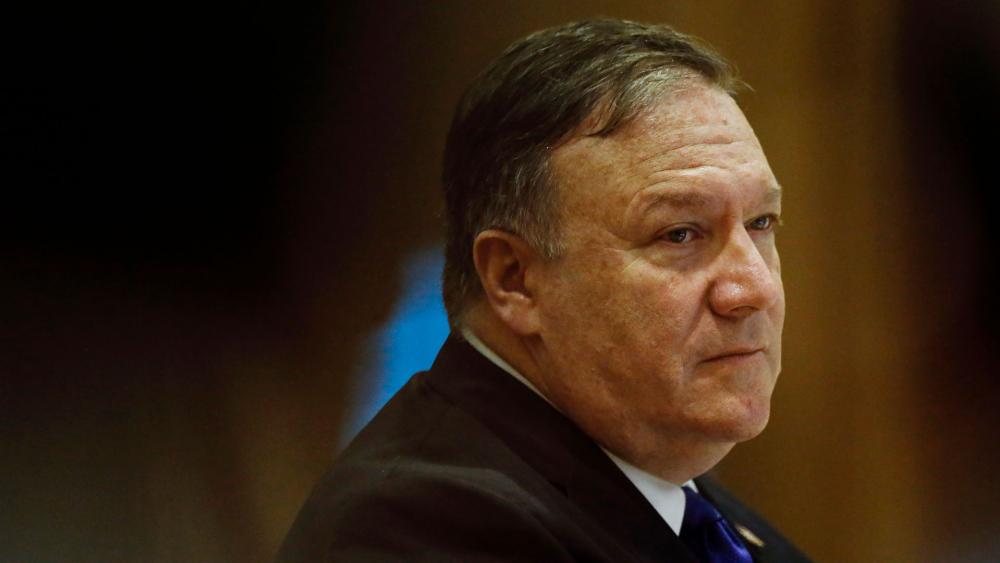 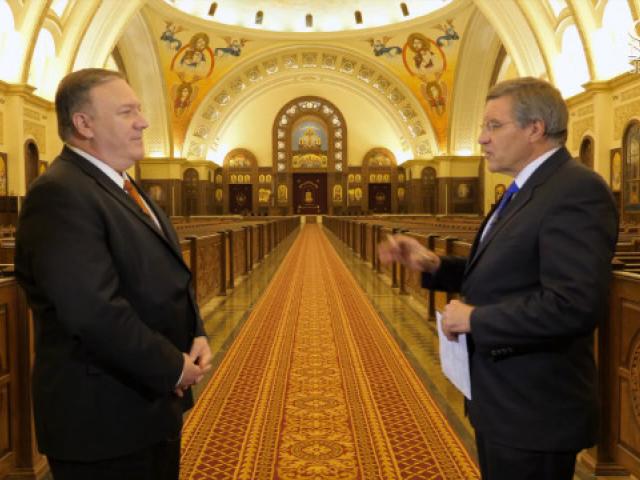 CAIRO, Egypt – The US military is starting its pullout from Syria, announcing Friday that the process to bring home roughly 2,000 troops is now underway. This comes just one day after a major speech on Middle East policy by Secretary of State Mike Pompeo.

Pompeo used a Middle East platform Thursday to tell the world about the role America plans to play in the region.

He came to Cairo knowing many allies are concerned over President Donald Trump's decision to pull US troops out of Syria.  Pompeo told CBN News in an exclusive interview the region will see a strong America pick up the foreign policy mantle it has historically held in the Mideast. It was a sharp reversal of a policy speech President Barack Obama made here in 2009.***

Pompeo's speech came ten years after then President Barack Obama delivered his blueprint for the Middle East in Cairo.

"Remember it was here, here in this city that another American stood before you," Pompeo said during his speech at the American University in Cairo.  "He told you that radical Islamist terrorism does not stem from an ideology.  He told you that 9/11 led my country to abandon its ideals, particularly in the Middle East. He told you that America and the Muslim world needed a quote "new beginning."  The results of these misjudgments have been dire."

The secretary of state said President Obama's timid, hesitant and apologetic policy allowed ISIS, Iran and other terrorists to thrive.

"These fundamental misunderstandings set forth in this city in 2009 adversely affected the lives of hundreds of millions of people in Egypt and all across the region," Pompeo told the audience. "We learned that when America retreats, chaos often follows.  When we neglect our friends, resentment builds.  And when we partner with our enemies they advance."

Pompeo said that all changed as the Trump Administration pushed to decimate ISIS, confront Iran and stand up to Syria's President Bashar al-Assad.

"The good news is this.  The age of self-inflicted American shame is over.  And so are the policies that produced so much needless suffering.  Now comes the real new beginning," he said.

Pompeo told CBN News part of that new beginning is forging a global alliance against Iran.

"We've built an enormous coalition that ranges from Asia to North Africa, certainly to the Middle East, countries from all across the world understanding that the threat from the Islamic Republic of Iran is real and continuing and ought not to be tolerated," the secretary of state said.

Another issue is in Syria as Turkey's President Recep Tayyip Erdogan is threatening US Allies such as the Kurds.

"Our message is straightforward.  The work that the Kurdish forces did with us alongside in Syria has been important.  It took down a caliphate.  Ninety-nine percent of the real estate that was held by ISIS.  We remember people sitting in cages being burned.  Seems like a long time ago but frankly it's the good work that the United States did with a big coalition and we'll work with the Turks to make sure there is security for them as well and that the Kurdish people inside Syria are indeed protected."

Pompeo also has a special message for the region's Christians.

"America is with them. Christianity is at the heart of the history of this place here in the Middle East.  All you have to do is grab a Bible and read the places and the names.  Christians have been central to the Middle East.  We want to make sure that they continue to have opportunities and freedom and for Christian churches to grow alongside Christians of other faiths as well," he concluded.

Secretary Pompeo told us he wanted to pass along a simple but powerful message. That the United States stands for religious freedom every place American diplomacy is at work.

There could not have been a better place to deliver it.