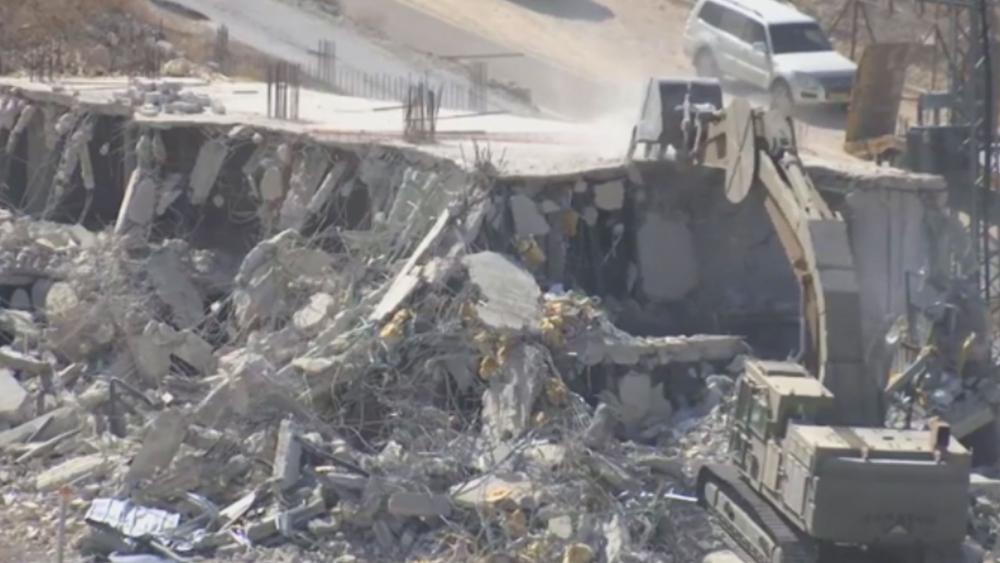 The demolitions come after a seven-year legal battle between Palestinians and the Israeli government.

The Times of Israel reports that the homes are located in Area A of the West Bank, which is exclusively controlled by the Palestinian Authority per the Olso II accords.

Israel says ten of the buildings, some of which are still under construction, are in the Wadi al-Hummus section of the Sur Baher neighborhood.

Israel says the homes must be destroyed because they were built too close to the security fence.

Palestinian residents say the Palestinian Authority gave them permits to build homes there nearly a decade ago.

In 2012, the IDF ordered the Palestinians to stop building so close to the separation barrier.

The residents appealed to Israeli courts to settle the matter.

Israel's decision has garnered condemnation from members of the international community.

"The continuation of this policy undermines the viability of the two-state solution and the prospect for a lasting peace."

According to The Jerusalem Post, Israel's Civil Administration says the buildings "constitute a security danger to the area of the security fence."

The administration added that, "the enforcement procedures were carried out in accordance with authority and procedures and subject to operational considerations."