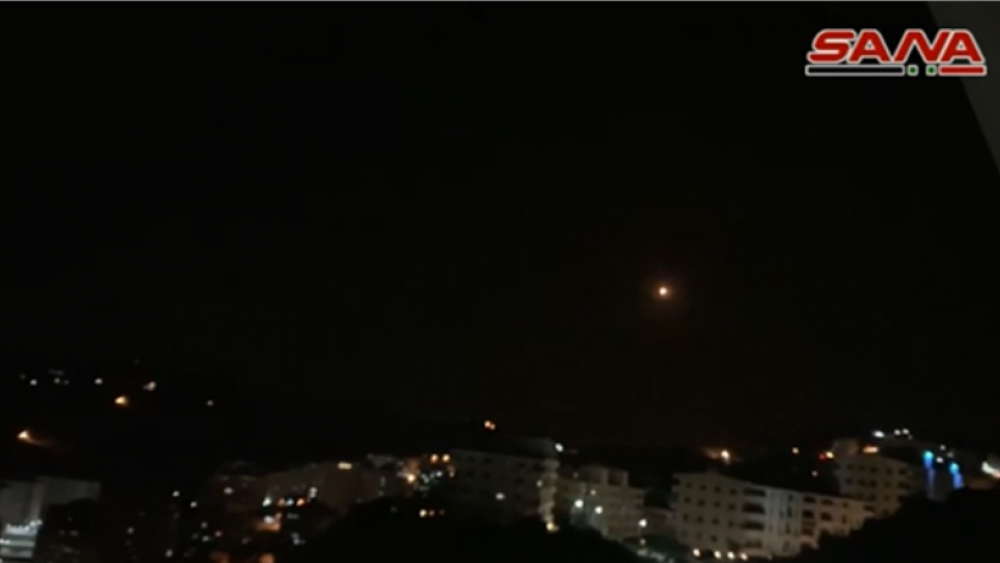 JERUSALEM, Israel - Israel carried out air strikes against Syrian military targets in Homs and the outskirts of Damascus, killing at least 15 people, including six civilians, and wounding 21 others, Syrian state media reported Monday. The other nine people were said to be members of Iranian-backed terror groups, some of whom were foreign nationals.

"A military source said that the army air defenses confronted hostile missiles launched by Israeli warplanes at midnight from Lebanese airspace towards some of our military sites in Homs and the surrounding of Damascus," SANA reported.

State media said a month-old baby was among those killed during an airstrike on Sahnaya, a neighborhood near Damascus.

When asked about the report an Israeli spokeswoman said, "We don't comment on such reports."

The Syrian Observatory for Human rights, a UK based watchdog group, said Israel was targeting Iranian linked bases, including a base where Iran's Islamic Revolutionary Guard Corps forces are headquartered.

The group said it is not immediately clear if the infant was killed by Israel's attacks, Syria's anti-aircraft fire, or some other explosion.

SANA reported that the Syrian air defenses intercepted a number of the missiles.

Israel has carried out hundreds of strikes in Syria that it says have targeted the Iranian-backed Hezbollah terror group.

Monday's air strikes were some the most extensive ones is several months and come after an unprecedented trilateral meeting with Russia and the United States with the goal of counteracting Iranian interests in the region.

While Iran, US Go Head-to-Head, Iranians Are Turning Their Hearts to Jesus
CBN News Email Updates