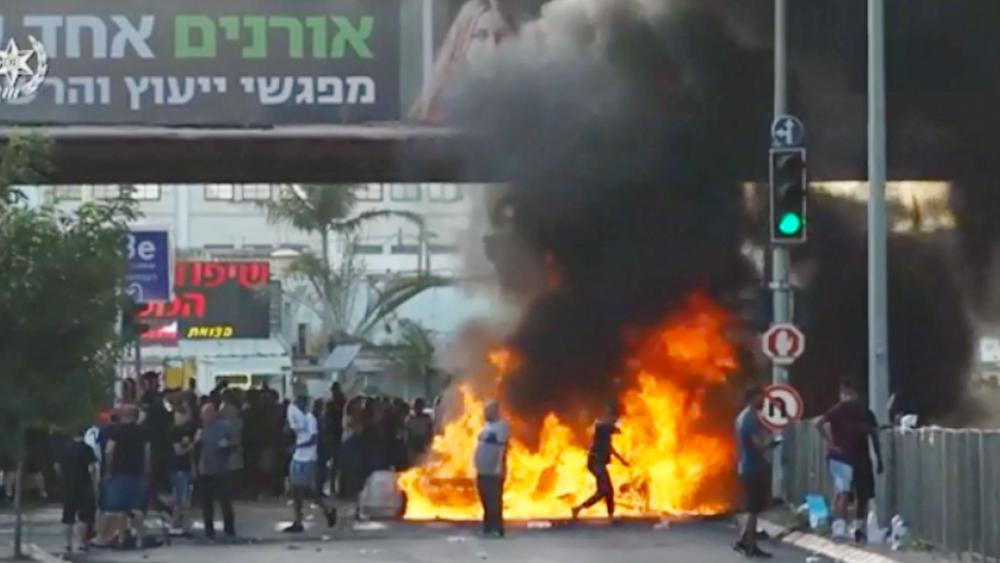 Demonstrators throughout the country blocked several major highways, set streets on fire, and confronted police officers. Others peacefully held up pictures of the slain Ethiopian teen, chanted phrases, and mourned his death.

Prime Minister Benjamin Netanyahu said he mourns the "tragic death" of the Tekah but said police would not tolerate violence or road blockages.

"I know that there are problems that need to be solved. We have worked hard and need to work more to solve them. But I ask of you one thing. Stop blocking the roads. We are a nation of law; we will not tolerate the blocking of roads," Netanyahu said in a statement to the Ethiopian community.

Israeli police say at least 110 officers were injured by the protests.

The demonstrations are expected to continue Wednesday evening at locations across the nation. They could potentially result in another bout of violence and mayhem.

Public Security Minister Gilad Erdan said Wednesday morning that he supported the right to protest but police will use whatever means necessary to stop the violence.

"The police have taken the necessary steps and gradually built up their strength and ability to cope with such a protest, but today if we see such a level of violence, the police will have no choice but to use all means to disperse demonstrations," he said.

What Happened to Solomon Tekah?

Hours before the protests began on Tuesday, the Ethiopian community buried Tekah.

The off-duty police officer who killed Tekah Sunday evening said he was trying to break up a street fight involving "a number of youths."

A police statement said that when the officer approached the brawlers and told him he was a police officer, they began throwing rocks at him.

The officer said he shot and killed Teka after "feeling that his life was in danger."

Israel's Channel 12 news reports that the officer claims he aimed downwards and a bullet ricocheted from the ground and hit and killed Tekah.

An eyewitness challenges the policeman's account and claims he was not attacked.

Police said the officer was arrested and placed under house arrest while Israel's Internal Investigations Department conducts an official investigation into the killing.

"Give me back my son," Tekah's father Worka cried as he attended his son's funeral, as reported by The Times of Israel.

"We are asking for justice. My son has already gone but I hope he will be the last victim. Do not cry for my son. We demand that the murderer get what he deserves and find justice. Help me in this struggle," he said.

Many in the Ethiopian community believe Tekah's death is a symptom of the larger issue of deep-seated prejudice towards Ethiopian Jews in Israel.

"Enough, they should stop that, the youngsters are afraid, afraid about what happened, why should they be killed? Why do they (the police) feel that they are killing a terrorist. They are not killing a terrorist, they are killing a Jew. It's upsetting, we have to put an end to that, enough, this really needs to end, enough,"  Sisai Alrish, an Ethiopian Israeli from Kiryat Malachi told the Associated Press.

There are approximately 135,000 Ethiopian Jews in Israel. Israel opened its doors and brought many Ethiopians to the land in 1984 and 1991.

Click to learn more about Ethiopian Jews in Israel

However, many have struggled to integrate.