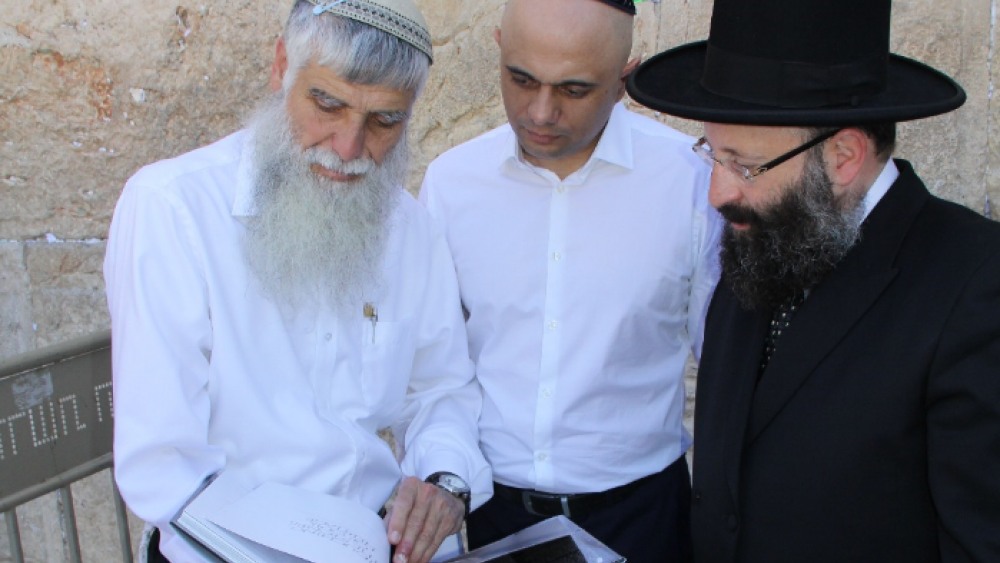 JERUSALEM, Israel - The United Kingdom's Home Secretary Sajid Javid visited the Western Wall Monday. It was the first time a senior official of the British government has visited the holy site in 19 years.

Javid grew up in a Muslim home and said his father taught him the deep connection that both Jews and Muslims have to Jerusalem.

The Home Secretary was greeted by Mordechai Eliav, the Director of the Western Wall Heritage Foundation. Eliav explained the wall's spiritual and historic significance to the Jewish people.

Javid said he was very excited to be there and could feel the spiritual power of the holy site.

The British official recited Psalms 121 with the leading rabbi of the Western Wall and took time to place a note between the wall's stones.

"Your visit here is evidence that it is possible for Jews and Muslims to live together in this small place without harming one another," he said.

Javid agreed, saying: "We love Jewish heritage very much and appreciate it."

The two discussed how their two countries can collaborate on security issues.

"We agreed to establish joint working groups on combating online threats such as exploitation of children and terrorist incitement, and on facing the challenge of drones," Erdan said on Twitter.

"Thank you for your leadership on banning Hezbollah and combating anti-Semitism. You are a true friend of Israel and the Jewish People."

Javid announced in February that the Iranian-backed Hezbollah terror group is banned in the UK.

"Hizballah  [Notes:Hezbollah]  is continuing in its attempts to destabilise the fragile situation in the Middle East – and we are no longer able to distinguish between their already banned military wing and the political party. Because of this, I have taken the decision to proscribe the group in its entirety," Javid said at the time.