'A Place of Prayer and Holiness': Israel Works With Church Leaders to Develop Place Where Jesus Was Baptized 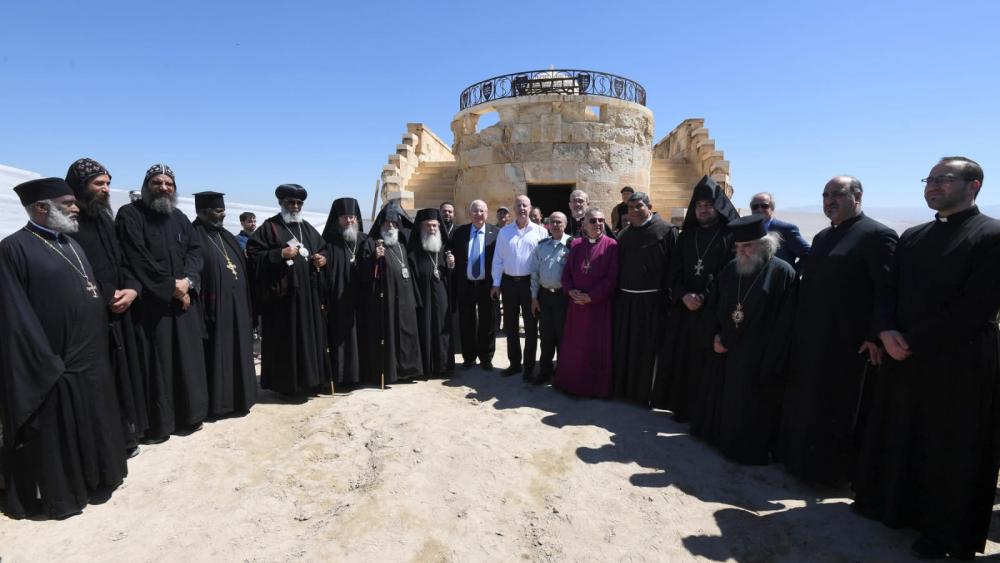 “The Land of the Monasteries” is a project aimed at developing and preserving abandoned monasteries and churches along the Jordan River close to the site where John the Baptist baptized Jesus. It's also thought to be the place where the children of Israel crossed over into the Promised Land and the site where Elijah ascended to heaven.

In 2015, President Rivlin made it his mission to develop and promote the project, which is especially important to Christians.

The area was once riddled with mines from prior conflicts like the Six Day War. They were removed in a multi-million dollar initiative ordered by Rivlin.

Since then, Israel has worked to open up The Land of Monasteries to tourists.

“The Civil Administration is in daily contact with representatives of the various churches, discussing how to maintain and improve the fabric of life in the area,” Coordinator of Government Activities in the Territories Maj-Gen Kamil Abu-Rokon said.

“Just in the last year, some 750,000 tourists from around the world visited the baptismal site and the ‘Land of the Monasteries’, bringing significant economic benefit to the residents of the area. We are determined to carry on working together, even in days like these, for stability and security across Judea and Samaria,” he continued.

Rivlin also presented the plan to Pope Francis and received a blessing from the Greek Orthodox Patriarch.

“The ‘Land of the Monasteries’ is a place of prayer and holiness. A place of pilgrims from afar who come to be closer to God. But it is also a place that has been injured and broken by war in the past. We are now investing large amounts to restore the site and to return the monasteries to their churches so that Christian pilgrims and other people of faith from around the world can come and visit once again,” Rivlin said in a statement.

He believes the project shows Israel’s commitment to religious freedom.

“Developing this site will be an important step in building bridges between peoples and religions and will allow the vision of co-existence to become a reality. Cooperation between Israelis, Jordanians and Palestinians, and between Christians, Muslims and Jews,” he added.